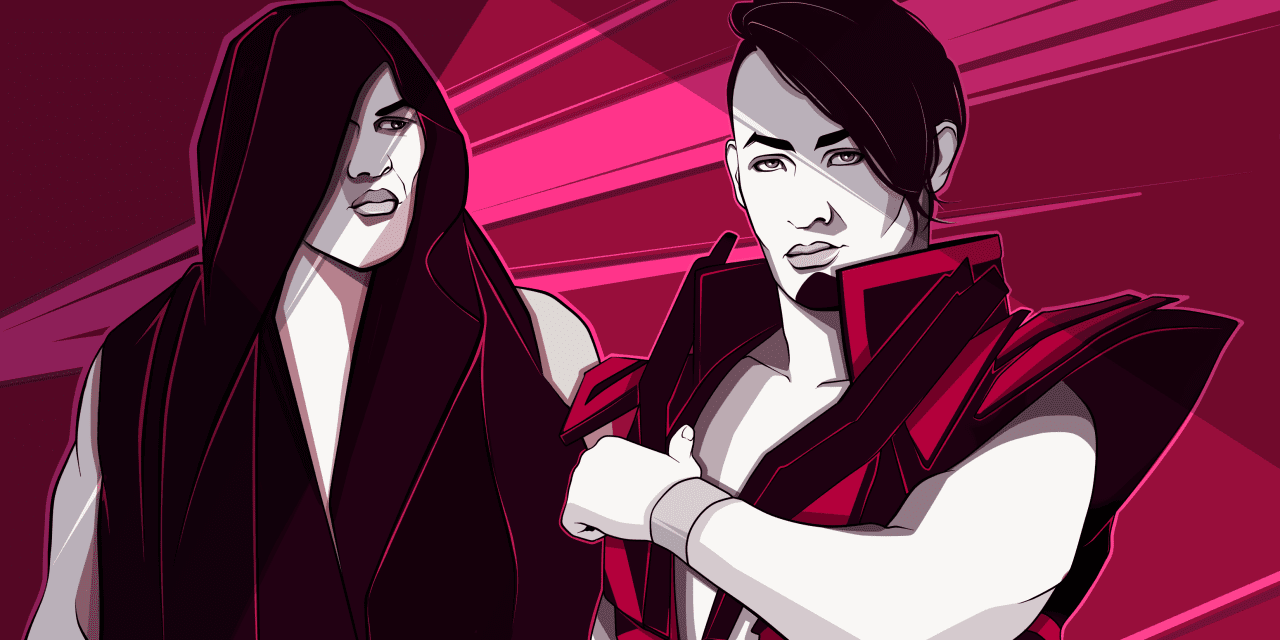 Special thanks to Natasha (@TashaLethal13) for the Suzuki/Marufuji illustration. Check out her deviantart page at http://natashas-13.deviantart.com/ and follow her on Twitter for more excellent puro art.

We’re back with a very “Merry” edition of the Voices of Wrestling flagship podcast talking almost exclusively Japanese wrestling (thanks to our strict no Roman Reigns policy). Topics include New Japan Pro Wrestling’s Road to Tokyo Dome shows, what we liked from the two shows, who stood out and more as we draw ever closer to Wrestle Kingdom 10. We also take a deep dive into the year that was Pro Wrestling NOAH as a lead-in to NOAH’s big show on 12/23, Destiny 2015 — discussions include NOAH’s inability to create any new stars, whether the Suzuki-gun invasion was a failure creatively and business-wise and what the future holds for NOAH. The last portion of the show looks at the contract situation for many wrestlers in both Ring of Honor and New Japan Pro Wrestling and how both rosters may look dramatically different in 2016.

If you’ve come for witty banter about Christmas, sorry, Joe wasn’t in the mood for it until the very end of the show so you’ll have to look elsewhere… if you’re into three hours of dudes ranting about pro wrestling and caring way too much, well, you’ve found the right place.