Welcome to WWE Main Event where everything is made up and the results don’t matter! Join me on my continuing search for hidden gems.

Dolph Ziggler vs The Miz

Ziggler is without a doubt the most noteworthy superstar we’ve had on WWE Main Event in some time. He comes out looking like he hasn’t had the modern luxury of showering, or even living in a house for at least a week. Seriously, his hair is disgusting. Luckily, Breeze, who more than fills the beauty and style quota, is out at ringside (oh and Summer is there too). They’re doing the whole VIP area and fancy drinks gimmick that they’ve already paraded around RAW and SmackDown. Byron notices his favourite cracker is present among Breeze’s fashionable snacks, but shies away from asking for one.

This matchup is pretty overdone with mixed results. I don’t hate it, but with there being four matches this week, I’m doubtful that they’ll get enough time to make it one of their better encounters. Miz gets a pretty impressive lead over Ziggler in the early goings. Obviously this is just so Ziggler’s inevitable comeback will be much more satisfyingly desperate, something Dolph does excellently. Sure enough, it doesn’t take long for Ziggler to get a Famouser in, causing Miz to scramble out to ringside and over to the VIP only zone. Uh oh. Ziggler throws Miz back in the ring but Breeze follows after him, causing a distraction that allows Miz to hit Skull Crushing Finale for the win.

Pretty bizarre that The Miz goes over here. I guess having Tyler interfere advances their story but there are much more entertaining ways to cause an upset. Breeze doesn’t even carry out a beatdown after, he’s sent his message.

I’m hyped for this. WWE Main Event has had some great hidden gems in their Diva matches and it’s always a delight to watch Sasha Banks. Bit of retconned backstory here: Alicia Fox once tried to join the BFFs (Sasha, Charlotte and Summer) but failed to pass the test and was beaten down. I like to think there’s still animosity between them. Probably not though. So, Team BAD is heel, as is Team Bella. Two thirds of PCB turned heel so… the only faces we have left are Becky and Natalya?

Sasha continues to be very entertaining with her great in-ring character work. She doesn’t forget who she’s playing and how that character should act even for a second between moves. Naomi tries for a distraction, but Fox is unfazed and hits a Foxy Buster (which is a pretty neat move) before sending Tamina flying with a big boot. However, she turns around only to get met with a Backstabber into the Bank Statement, forcing her to tap out. Good while it lasted which wasn’t long. This matchup definitely has promise but wasn’t given the time that the women’s match last week had as the main event.

Oh man, this is sure to be a slobber knocker. That being said, squash matches aren’t always what they seem here on WWE Main Event.

I feel like the wrong guy is being pushed here. I could talk all day about how much I love Bo and how criminally underused he is or you could just watch his NXT title reign. Actually you can’t, it’s not on the WWE Network. Why should you listen to me though, when Tom Phillips sums him up perfectly as “The kind of guy to go to a chocolate factory by himself and buy a candle”? Dead on. As much as I adore Bo, he looks really out of shape here, he needs to do more victory laps.

This is just another showcase for Ryback, just like last week when he beat Slater. He hits all his signature spots and adds his shitty little dropkick into the repetitive repertoire. Bo catches him in a riveting side headlock. Ryback tries to get the crowd by calling for a “Feed me more” chant. Ha, remember when that used to work? Bo taunts for a little too long and gets caught with a Shell Shocked from Ryback for the pinfall. Ryback didn’t even have to take the straps off his singlet; that Shell Shocked did like half damage and it was still enough.

I got you covered when it comes to context for this match, since it’s strictly a Main Event plot line. Last week in the opener, Stardust walked out of his match with Titus. Now it’s the main event with the theme of Titus trying to melt through Stardust’s cold heart and spread Christmas joy.

Just like last week, Titus is made to look like an absolute beast (made even better thanks to fantastic selling) but equally, Stardust comes off as a crafty mastermind to get offence in. This match seems to go through the exact same paces as last week. Even the commentary is identical in some parts. Am I going insane?

It’s only when Titus hits Clash of the Titus for the win that it diverges from last week’s match. There is no happy ending to this one. Stardust doesn’t open up emotionally and Titus doesn’t even try to help him.

Final Thoughts: Another sleeper show with nothing noteworthy this time: although lower midcarders continue to look like beasts. 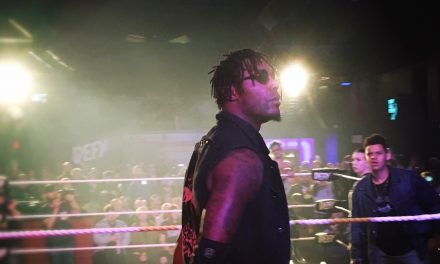 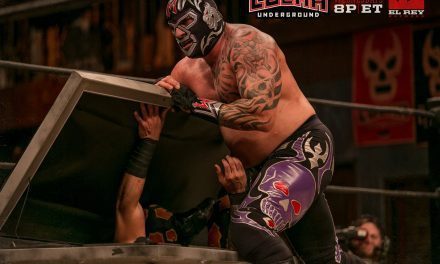 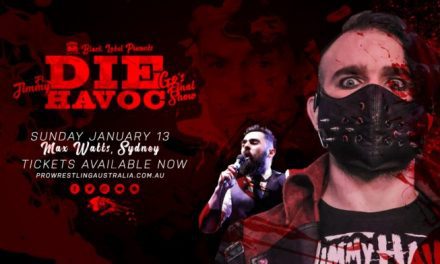 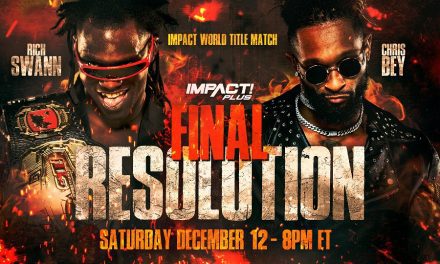