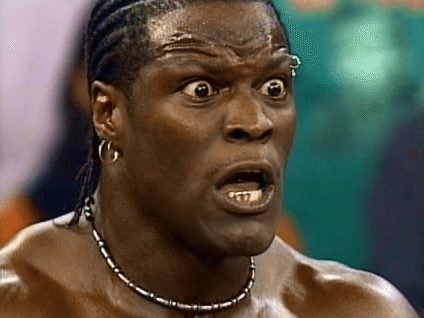 Each week, TNA Wrestling plans to air each and every Nashville era PPV in order live on YouTube (and then subsequently make them available on demand). With an awful lot of muck to sift through on those old shows, I figured I’d help you out each week by reviewing the show before it is made available, giving you an idea of what you may want to watch. Last week’s review can be found at https://www.voicesofwrestling.com/2015/12/10/tna-retro-tna-weekly-ppv-2-review/

The show started with president on the NWA Jim Miller handing a trophy to Mike Tenay to welcome TNA to the NWA before announcing that on the next show Takao Omori will challenge for the NWA World Heavyweight title. This show was built around the crowning of new NWA World Tag Team champions.

The Johnsons were men dressed in penis costumes. Apparently somebody thought that would be a great idea. The Johnsons would go on to work in WWE sans penis costumes as Gymini, managed by Simon Dean. The Johnsons got the heat on Harris before he nailed a superkick and made the tag to Harris. One of the Johnsons caught Harris on a crossbody attempt but Storm dropkicked him giving Harris the win. The Johnsons dumped Plumtree after the match. This was a nothing tag match. I can’t believe something like The Johnsons ever made TV. *

Scott Hall made his way to the ring, managed to get a “Hey yo” out before Jarrett interrupted him and called Hall a bitch because he was trying to be edgy or something. Ron Killings tried jump Hall from behind but failed miserably and Hall clotheslined him to the floor. I’m not entirely sure what this was meant to achieve. All it did was make Killings look like a right goof.

Monty Brown came out to what would become Abyss’ music, except with words. Monty called out Ken Shamrock before the match. Monty squashed Ingram and beat him with the Alpha Bomb. Monty was extremely raw here; this run was relatively short live before he’d eventually return in 2004. Monty Brown squash matches would eventually become a regular feature of TNA programming.

Bagwell and Apollo already weren’t getting along in a pre-match promo. Alicia (the former Ryan Shamrock) came to ringside and got money from Ed Ferrara – suggesting that she was receiving payment for sex. The Rainbow Express worked over Apollo for a while before he made the tag to Buff. Buff hit the Blockbuster but turned into a superkick giving The Rainbow Express the win. This was also a nothing tag team match. After the match Buff Bagwell said he wanted to be called Marcus from now on and decided that he wanted to go home. This never went anywhere. *

Ken Shamrock came to the ring. He said Monty Brown should be careful what he wishes for. Shamrock promised he’d beat Malice on this show, Omori next week and Monty whenever he’d like. Malice jumped Shamrock. This was another one of those segments where you’d wonder what the point was, especially with the title match happening on the same show. I suppose they wanted to set up an overcoming injury story for Shamrock.

Puppet declared he was on a mission to kill all the other midgets. Puppet attacked Stone with a kendo stick and trash can. Puppet hit a TKO onto the trash can for the win. So far on this show we’ve had men in penis costumes, tired gay stereotypes and midgets declaring war on one another. DUD

Francine’s entrance music was just the word girls repeated over and over again. On commentary Ed Ferrara said Vaughn reminded him of his favourite TV show – Twin Peaks. Francine whipped Vaughn with a belt until Vaughn got her hand son the belt and started attacking Francine with the belt. Vaughn whipped referee Scott Armstrong with the belt and got disqualified. Ed Ferrara got in the ring, groped Francine’s breast and then got slapped and whipped. You know, watching stuff like this really puts the “Diva’s Revolution” in context – I suppose we should take what we can get.

JB introduced Hermie Sadler, who is still involved with Global Force Wrestling today.  Ron Killings, continuing his crusade against NASCAR, interrupted him. Sadler tackled Killings to the floor and they had a pull apart brawl. Hermie Sadler vs. Killings was made for the next show.

They questioned whether Shamrock could even compete after being jumped earlier in the show. Malice wailed on Shamrock with Shamrock occasionally trying to get started in the match. Shamrock grabbed an Ankle Lock but Malice reached the ropes. Shamrock snapped off a suplex and followed with a Belly to Belly for the win. These two had pretty good chemistry together but this was a little dull. I liked what they were going for but execution left a little to be desired. **1/4

Styles went for a springboard but Young pushed him to the floor and followed with a springboard moonsault. Young hit a northern lights suplex into the corner turnbuckles for two. Young worked over Styles for a while before Styles hit a superkick and followed with a springboard reverse DDT. Young hit a Spinebuster but Styles kicked out. Young went for a top rope huracanrana but Styles countered into a middle rope Styles Clash for the win. This was a fun match and much-needed on a show filled with rubbish. It also may have been David Young’s best TNA match. ***

Harris and Storm were jumped earlier in the show, the second injury angle of the show, and were unable to compete so Styles and Lynn were picked as substitutes. Styles and Lynn started the match with some dives. Lynn wrestled a large portion of the match due to Styles already wrestling. The Rainbow Express worked over Lynn for a LONG time. Lynn eventually made the tag to Styles who then provided a dose of energy. Lenny hit a Skull Crushing Finale but Lynn made the save and hit him with a Cradle Piledriver. Styles then hit the Spiral Tap to win the NWA World Tag Team titles. This was a pretty long match but not a very interesting one. It was way too slow and didn’t make the most of the story of Styles already wrestling.  **

On a show featuring an NWA heavyweight title match, the crowning of new tag champs, and an X-Division title match it’s telling that Jarrett was booked in the main event. The match started with some crowd brawling. Hall hit a chokeslam on Killings and then took it to Jarrett. Jarrett and Killings cut off Hall. Doing a formula tag match in the main event of a show filled with formula tag matches wasn’t exactly a brilliant idea. Hall looked to make the tag to Christopher but in a SWERVE (!) Christopher refused the tag and slapped Hall. Hall then ran wild beating up all three men. Hall hit the Razors Edge on Killings but ate a Stroke followed by the Hip Hop Drop giving Jarrett and Killings the win. This was officially the first ever SWERVE in TNA history. I suppose it has some degree of historical significance for that. Jarrett attacked Hall a number of times after the match. *1/2

Final Thoughts: This was a terrible pro wrestling show – all over the place in terms of presentation and achieving absolutely nothing in terms of getting any act over. Unless you’re curious to watch a trainwreck, skip this show. 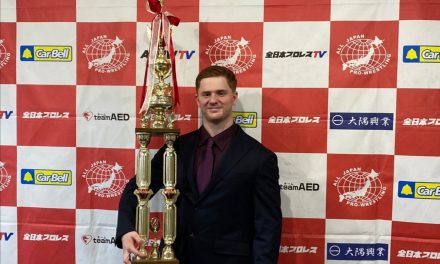 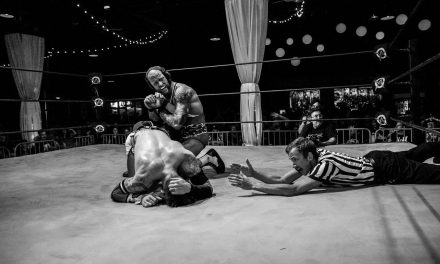