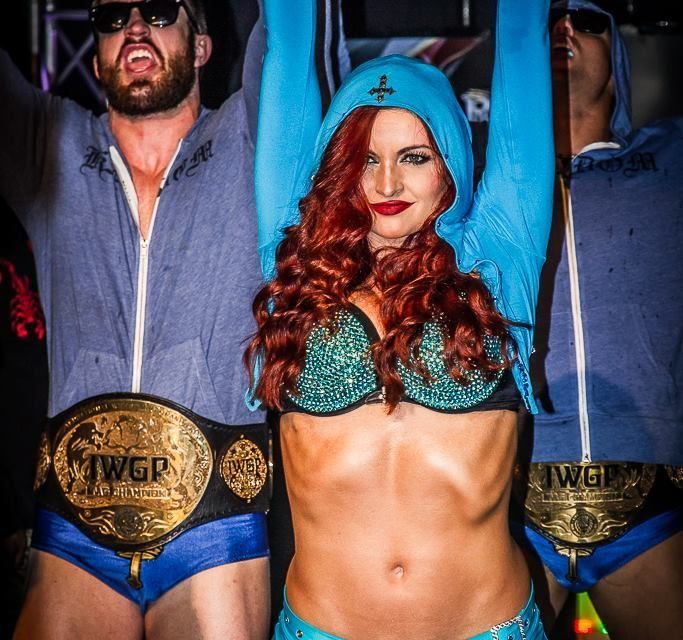 If Jay Lethal beats A.J. Styles on Friday at Ring of Honor’s Final Battle in Philadelphia, the ROH World Championship is going to be defended in front of a crowd of potentially 50,000 in Tokyo on January 4, 2016.

That match between Lethal and Styles is going to be at the 2300 Arena, in front of about one-thousand people.

Wrestlers like Michael Elgin, Bobby Fish, Kyle O’Reilly and more have been able to become stars in Japan, all thanks to the relationship ROH has developed with the second biggest wrestling company in the world: New Japan Pro Wrestling.

The beginning of the ROH & NJPW union was simple, and can be tracked to a performer who regularly appears in both promotions.

In late 2013, New Japan was hoping to start running shows in the United States. The company, which was hitting its stride in its home country, wanted to begin expanding westward. In 2011, New Japan held three relatively successful events in the northeast part of the United States, in one of those events they crowned their first ever IWGP Intercontinental Champion crowned (MVP).

At the time, performers like Rocky Romero were traveling from the United States to Japan regularly for work in wrestling. When he was asked about potentially running shows in America, he knew there was a seed to plant.

“New Japan had asked me about doing shows in America,” Romero said. I told them they shouldn’t do them by yourself. They asked if I knew a promoter just to do the promotions and do a New Japan only show. I told them I don’t know how that’s going and it’s kind of risky.

“I think it would be better if you could team up with something, and I think the only person to team up with, and they were talking about markets like New York and Los Angeles, is Ring of Honor.”

Fortunately for Romero, he was set to work for ROH soon after that tour with New Japan. He asked Hunter Johnston, who books ROH’s product, if he’d be interested in a relationship with the company from the Far East.

“He goes, ‘Of fucking course,’” according to Romero.

The seed was planted, and it didn’t take long for things to get rolling. Tiger Hattori, who books foreign talent for New Japan and lives in New York City, sat down in the Big Apple with Romero, Johnston and the play-by-play voice of ROH and veteran wrestling announcer Kevin Kelly.

“Everybody got excited about it, and a week later things started happening, they started talking about dates and boom, dates were made for that first Global Wars tour,” Romero says of the dinner.

Those dates were May 10 and 17, 2014. They came soon after Styles had beaten Kazuchika Okada for the illustrious IWGP Heavyweight Championship in his first match with New Japan since leaving Total Nonstop Action Wrestling, which made for a great link between the two companies.

The first show, dubbed Global Wars from the Ted Reeve Arena in Toronto, was as bright a start as anyone could have asked for. Japanese superstars Shinsuke Nakamura, Hiroshi Tanahashi, Okada and Jushin Thunder Liger all performed, while the ROH World Championship was also defended by then-champion Adam Cole.

A week later at the Hammerstein Ballroom, War of the Worlds assured the two companies that this was a great fit. After that, Fish and O’Reilly (together known as reDRagon) along with Cole and Mike Bennett made their New Japan debuts at the finals of the G1 Climax. Matt Taven joined Bennett in 2015 to win the IWGP Heavyweight Tag Team Championships, while Elgin quickly became a star during 2015’s G1 Climax tournament.

Later in the year, Christopher Daniels and Frankie Kazarian made their debut in the World Tag League, and Lethal is set to debut at one of the biggest shows wrestling has to offer next month: Wrestle Kingdom 10. Finally, Matt Sydal teamed with Dragon Gate and Lucha Underground star Ricochet to win NJPW’s Junior Tag League tournament in October.

New Japan is also sending its talent over to the United States more and more. In 2015 alone, Nakamura, Okada and KUSHIDA have made multiple trips to perform for ROH, with many other Japanese stars making the trip over at least once, as well.

Next February, ROH will invade Tokyo’s famous Koruken Hall for a pair of shows, as well.

The ROH and NJPW union grew quickly, and is still growing to this day.

The State of the Union is Strong

Last August, while New Japan was in the United States performing with ROH, some thought a wrench may have been thrown into the two companies’ relationship when Liger appeared at NXT TakeOver: Brooklyn. That same night, New Japan stars were featured at an ROH show in New York’s same borough.

Romero and others say there was not much to the appearance other than Liger wanted to do it, and who’s going to tell a legend like that no?

“Contrary to what the internet says, that relationship is stronger than ever,” Romero said.

And it’s clear that is the case. In addition to ROH’s upcoming trip to Japan, the two are going to start accommodating each other more soon. When ROH runs a pay-per-view, there won’t be any direct conflict with New Japan. With that, Japanese stars can easily travel to the United States if needed. The same goes for New Japan’s bigger events, which are sure to feature reDRagon, The Young Bucks, Styles and more in the near future.

Bill Behrens is one of the most successful wrestling agents in the industry, and he handles bookings for many ROH stars, including Styles. Behrens acknowledges the two companies’ relationship is set to keep growing, and Styles’ activity in 2016 may be evidence of that.

“In our perfect world, A.J. would primarily be available for Ring of Honor shows, New Japan shows and the occasional indie,” Behrens said. “They’re now in a true synergy where they’re going to try to avoid having their big shows during the same period time so New Japan people can come in and do Ring of Honor TV and Ring of Honor can work for New Japan without hurting either company’s product.

“Overall, you’re going to see more back and forth than ever before.”

Unlike past relationships with American companies, New Japan’s leadership has shown that it wants to keep growing in the United States, and with Ring of Honor, for the long haul.

It was just a few years ago, though, when TNA had a working relationship with New Japan. Performers like Okada and Tanahashi would grace TNA’s televised events and pay-per-views, with the former even living in America for a year to work exclusively with TNA.

Okada’s time with TNA didn’t go as planned, though. He left the company in December of 2011 as Samoa Joe’s chauffeur. Two months later he was challenging and beating Tanahashi for the IWGP Heavyweight Championship in Japan. He is now one of the company’s biggest stars and widely regarded as one of the best wrestlers in the world.

Other issues came up between TNA and New Japan that saw the relationship deteriorate. TNA stars were reportedly unavailable to appear at big Japanese shows because of events in the United States, and eventually there was no partnership anymore.

“I don’t think TNA fully grasped what they had with New Japan, whereas Ring of Honor completely understands what New Japan is,” Romero said. “New Japan is the second biggest company in the world. It’s not just some rinky-dink company on one side of the world. When you work with companies like that, you have to treat them a certain way.”

New Japan definitely gets the respect they desire from ROH and its fans. While WWE is not as popular as it was 15 years ago, promotions around the world, like ROH, are more successful than ever. “Indie” wrestling in the United States is as popular as ever, as fans have grown to appreciate the new, athletic styles on display.

“It’s a wrestling-based company and it’s about the athleticism, and that’s how guys get over,” Romero said of ROH. “There’s some character stuff and you need both now, but Tanahashi can come over now, and he can’t do a speech and get over with the crowd, but he can put on a badass match and the crowd respects them and loves them.”

Both New Japan and ROH are benefiting from this relationship, and if 2015 is any sign, expect even more “badass” matches because of their partnership in 2016 and beyond. 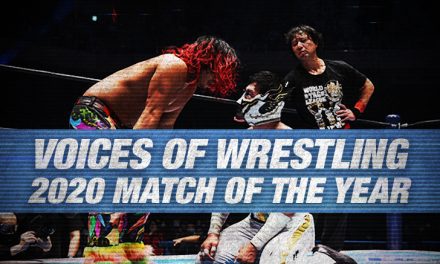 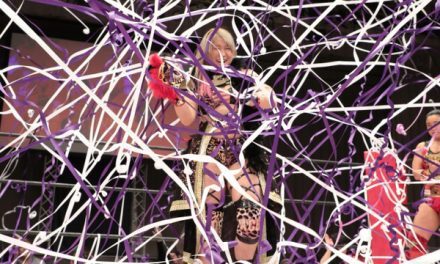