The Stumbles of Sting in WWE 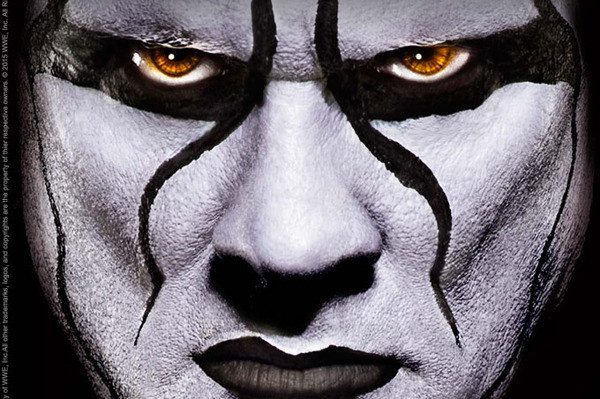 There are few legends in wrestling that I have more respect for than Sting.

As a child growing up in the early 1990s, his distinct look and intense persona stood out to me in a way no other wrestler of that era did. WWE had Hulk Hogan and Ultimate Warrior, who were both larger than life figures, but I always viewed Sting as being a notch above them.

film series. His once colorful ring attire was replaced by a black leather trench coat with an aluminum baseball bat in tow.

His transformation led into a year-long rivalry against Hogan which culminated in their grudge match at Starrcade 1997, a show that did the largest PPV buyrate in WCW’s history.

When WCW folded in 2001 Sting found himself in a unique position of being the biggest WCW star to have never competed in WWE.

While he enjoyed a nice run in TNA from 2006-2014, the fact remained that there would always be an asterisk next to his name in the history books until he appeared inside of a WWE ring.

Fans around the world finally got their wish when Sting debuted at the 2014 Survivor Series. 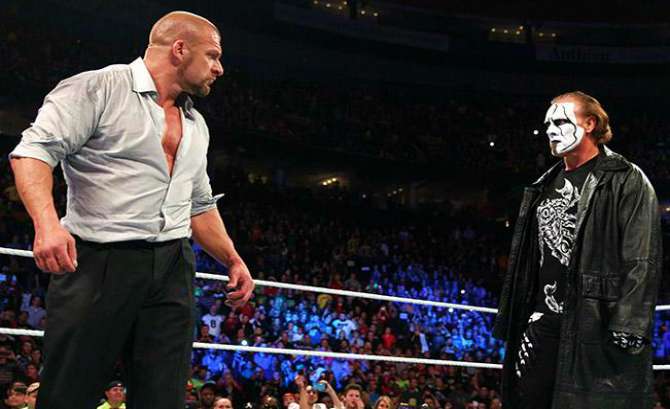 Not only was his debut kept a complete surprise, but it was a smart move to insert him into a program with Triple H.

While fans clamored for a Sting vs. Undertaker WrestleMania showdown, the truth of the matter is that a match between these two may not have been able to live up to their lofty expectations. Triple H would theoretically be able to carry Sting to a much better match than Undertaker.

Little did I know at the time that Sting’s debut would end up being the highlight of his entire WWE run thus far.

As the build to WrestleMania progressed it became abundantly clear that the company was pushing Sting vs. Triple H as to be the final hurrah of the Monday Night War. Yes a match scheduled to take place in 2015 was somehow going to be the definitive conclusion to an era of wrestling that ended on March 26, 2001 with the final episode of WCW Monday Nitro. Go figure.

By the time WrestleMania rolled around I wasn’t at all worried about the quality of the match. I had enough faith in Triple H’s ability to carry Sting to a good performance, plus Sting was in remarkable shape for someone over 50. I figured that the hot crowd would take the match to an even higher level despite the potential physical limitations of those involved.

I couldn’t have been more wrong.

Instead of doing a straight wrestling match, we got an overbooked spectacle that was more indicative of the ego of those calling the shots. Even the introductions told you a story of WWE’s superiority complex over anything relating to WCW.

Not only did Sting, the babyface, come out first, but his entrance paled in comparison to Triple H who came out to a Terminator-inspired entrance complete with a video package from Arnold Schwarzenegger. I would’ve cheered for Triple H too had I been in the audience that day.

The commentary was nauseating. It was as if Vince McMahon was directly speaking through the commentators  in trying to convince everyone that Sting was the living embodiment of the evil WCW empire that was nearly put WWE out of business. JBL was particularly fired up.

Things got even more convoluted when a DX vs. NWO showdown occurred down the homestretch. Triple H pinned Sting after a sledgehammer shot to the head.

Following the match Triple H, being the good sportsman that he is, extended a handshake to Sting, which was accepted. Even worse, Triple H came out later that evening alongside his wife Stephanie McMahon to participate in an angle involving Dwayne “The Rock” Johnson and Ronda Rousey. He was showing no ill effects of his earlier confrontation. It was as if his match with Sting was merely a footnote in history. 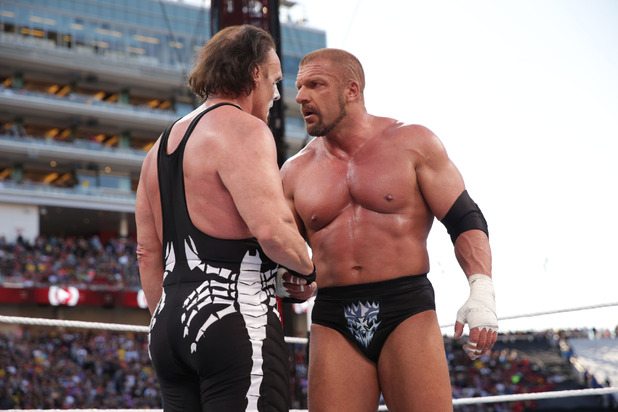 Sting wouldn’t resurface until the night after SummerSlam when he was revealed as the next challenger to Seth Rollins’ WWE World Heavyweight Championship. Their match at Night of Champions was considered a big deal since it marked Sting’s first time challenging for the company’s top prize.

The two were in the process of having a very good match until Sting injured himself after taking a powerbomb into the turnbuckle. The action came to a momentary halt as WWE’s medical team checked on him after he lost his balance and collapsed. Once he was cleared to continue, he and Rollins immediately went to the finish.

While I didn’t realistically expect him to win leave with the gold, I was surprised at how poorly the match was booked in regard to him being the babyface legend. Not only did Rollins have the storyline excuse of being exhausted from a match against Cena earlier that night, but Cena laid him out with an Attitude Adjustment on the floor right before Sting entered the ring. Rollins won clean even with the obvious disadvantage.

Optimistically, I wanted Sting to beat Rollins and then fall victim to a Sheamus Money in the Bank cash-in thus giving him the temporary illusion of being champion and creating a fresh program to keep him busy for the rest of the year. 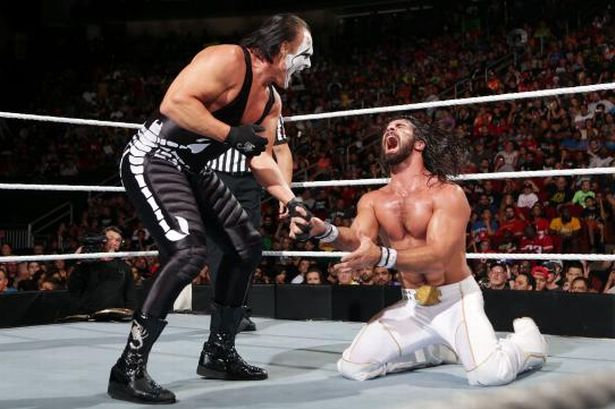 Perhaps the strangest part of Sting’s WWE tenure involved a recent video package that aired on an episode of Raw leading up to this year’s Survivor Series. The piece was basically a recap of the Team Cena vs. Team Authority elimination match that he interfered in to set up his initial program with Triple H. To my surprise, all footage and mention of Sting was removed.

The big story of that match, and the entire show, was Sting’s debut and they treated it as if it never happened.

Sting recently appeared on Ric Flair’s  WOOOOO! Nation podcast to reveal, among other things, that he’s been diagnosed with a case of cervical spinal stenosis that will require neck surgery.

If so then it would be a sad ending for the career of a man who I had such high hopes for at the beginning of this year.

In the grand scheme of things Sting’s disappointing run is a rather minor glitch of an otherwise atrocious year in WWE. While I never expected him to be a top of the line player, I didn’t expect him to become such as non-entity either. In addition to losing his only two matches, he’s now in need of surgery that could realistically end his in-ring career.

With the benefit of hindsight, it’s apparent that Sting would’ve been better off not going to WWE at all. 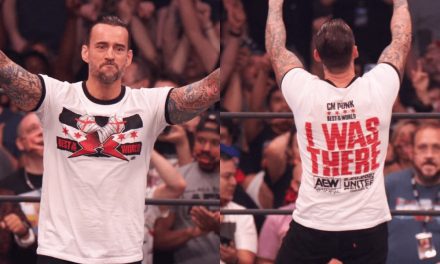 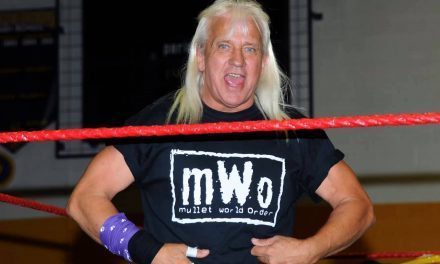