WWE SmackDown was taped immediately following Tribute to The Troops this past Tuesday– rather than having their yearly, mawkish, military fetish parade be a standalone performance in a freezing-cold air hangar, all visible breath and hard nipples. I’d never suggest that getting the crowd riled up with jingoistic nationalist rhetoric might have had something to do with the fact that some audience members felt the need to shout racist slurs at Roman Reigns during this taping, but I’ve just put those two thoughts together in a sentence anyway, for your own interpretation.

Unusually, SmackDown opens with a match. Reigns is accompanied by his posse, and the entire League of Nations follow Alberto Del Rio. There’s immediately too many people at ringside. The air hangs heavy.

These two are a bad fit; as was proven during the Survivor Series tournament, and as should be obvious to anyone who’s ever seen either man wrestle before. And as always, Roman tries to miniaturise a 25 minute epic into a five-minute opener: with periods of hopelessness and redemption all in the space of one pained ten second scramble. Perhaps wary of unflattering and inevitable comparisons to John Cena, Roman never makes anything look truly effortless, even when it ought to. Executing his own Samoan drop leaves Roman flat out with exertion, grimacing with eyes bulging like a man tackling a myriad of demons right in front of us.

This is a poor match, and it’s full of an unusual percentage of conveniently placed camera cuts that indicate that it might have been worse than it appears, too. The League spill into the ring to interfere for a DQ finish.

After a particularly disappointing RAW, there’s been a lot of talk of solutions for a better WWE TV product, to reignite passion and interest (and ratings) for a flagging product, More skilled writers than I have talked about the bigger picture and long term prospects for the company: so what I’m really fascinated by is the small picture, what could improve RAW tomorrow?

It’s become clear even to the most faithful defender of the creative process that Reigns has been spectacularly badly booked , and his painful promo on RAW was yet another nail in the coffin. How could we improve Reigns, immediately? I have a few ideas.

I’ll admit some of these could use a little tweaking. I may not be any kind of corporate analyst but I’ve played a lot of TEW. Regardless, they’ve all got to be better than the pure childish crass utilisation of commercial potato products to emasculate that we saw on Monday.

While getting a Thursday eyeful of Breeze’s smirk and sequined carwash boots still hasn’t lost its luster, it’s become clear that he’s trapped in An Endless Nothing Programme With Dolph Ziggler, one of the circles of hell as documented in Dante’s Inferno.

Ziggler and Breeze are quite good together, though. They’re both adept at bouncing and flopping for each other, so a few hard hits exchanged keeps their momentum up for minutes. Tyler methodically works Dolph’s injured knee here– and not “methodical” in the Randy Orton sense of being a euphemism for “boring”. Tyler experiments, gripping Ziggler’s knee against the ropes, targeting it with submissions, over and over: adapting them into new, more effective positions. Eventually he heads back into his comfort zone and just throws kicks at the knee, causing Ziggler to writhe in agony. Nonetheless, Breeze rolls back into the ring after a second’s breather, straight into the sole of a superkick, and there’s the three count.

Lucha Dragons vs The New Day

The Dragons are sporting very festive (and draconic) emerald gear, which unfortunately doesn’t redeem this less-than-smooth match. Kalisto seems particularly off his game, missing moves by inches either way, plunging himself of the top rope into nothingness, and catching Kofi in the face with his legs when he goes for a spike rana. There’s lots of opportunities for things to be fun and dynamic but they just don’t quite flow: like a late-game stilted and awkward reversal-rollup sequence. Kalisto executes the (admittedly flawless) Salida Del Sol on Xavier for the win– a finish that bears little connection to anything that came previously– and the Dragons dash away to avoid post-match repercussions from the outraged New Day.

“Look at this schmuck, he looks like a substitute teacher!”

Kevin Owens sends an attorney in lieu of turning up to his contract signing with Dean Ambrose for the Intercontinental Title match at TLC; he cites an “unsafe work environment”, in a display of the sort of straight faced deadpan irony that Owens excels at– when he’s delivering it himself. This irks erstwhile street-dog Ambrose, who’s looking more and more like he coats his hair with vaseline nightly.

Dean glistens oleaginously and drawls that this isn’t quite what he expected: “I was gonna flip a table, one of us was gonna come out on top– probably me– that’s a sports entertainment contract signing! I thought that’s how it works?” This is the second time Ambrose has demonstrated a self-awareness for the tropes of contract signings this year alone; at what point does “self-awareness of existing within wrestling” become a meta-trope in itself?

Ambrose didn’t get the note about the next part of the script though: as lurking Owens leaps on to the apron and starts a beatdown. Deano’s vest dissolves in record time, and he somehow also manages to cut his lip in the melee, giving him that swollen, bloody, greasy CZW look more than ever. Owens is furious, a nice break from his relentless apathy of the last few months, and the ensuing brawl is as satisfying as you’d hope, albeit brief.

Dean does come out on top, as he predicted, and spooks Kevin back to the stage. With his opponent disappeared from flailing distance, Dean takes his anger out on the hapless lawyer– who had really done nothing wrong apart from existing and owning a nice suit — dropping a Dirty Deeds on him in the middle of the ring. Owens yells impotently “That poor defenceless man! You’re a bully!” and it’s hard to disagree.

2 vs 1
Ryback vs The Ascension

This week’s SmackDown is once again doing a very good impression of being booked by dice roll, or roulette wheel, or one of those fortune teller origami things that were really popular when I was at Primary school. My image of the meeting prior to this show was of a room full of men in suits throwing action figures up in the air and booking based purely on how they land on the table.

Lana and Rusev are on commentary, being inoffensively lovey-dovey, which seems to spawn an unexpected level of scathing sarcasm from Lawler. Eventually Rusev snaps “are you insulting me because I’m Bulgarian?” which shuts up him for a moment at least.

Ryback throws both Viktor and Konnor around like ragdolls, and it’s fun and thoughtless; if you were just tuning in for the first time ever now, it would be impressive and enjoyable. Like is always the way, this handicap match is shorter than one of Ryback’s average singles matches, before he drops a Shellshocked for the win. After the bell there’s a lengthy but fruitless stare-down between Ryback and Rusev, where Rusev shuffles Lana in position between them as a human shield, but there’s no contact.

So Ryback single-handed beats both of the Ascension here. Kalisto previously beat Ryback in a touching upset victory in the title tournament prior to Survivor Series, then Kalisto went back to taking the fall in multi-man matches and being another faceless (literally) midcarder. Now it’s time for Ryback to look strong. What do we conclude: that Kalisto is more powerful than the Ascension put together? That nothing makes sense? Booking contextless wins razes the progress of building a star to the ground.

“Becky has been caught up in all this!” exclaims Brennan during this match, illustrating neatly that he has as firm a grasp on the women’s plotlines as I do.

For an infinitesimal period of time, Becky looks good here; aiming decisive clotheslines straight into Paige’s neck; throwing confident suplexes, but the match has little urgency, in contrast to the frantic ballistic nature of Becky’s usual SmackDown showings. This makes much more sense when Charlotte’s music hits, and she saunters down to the ring. The distraction allows Becky to hit the Dis-arm-her for the win, and Charlotte smiles smugly and poses for the cameras.

This show’s opener and main event don’t even vaguely match the spoilers write-ups. Live reports claim the main event here was Owens and Sheamus vs Ambrose and Reigns: a more sensical finish for a go-home show. This match doesn’t materialise anywhere on the card.

The mess of a melee in the opener actually felt more like a go-home main event, complete with the SmackDown DQ finish, Roman standing tall, and commentary enthusiastically asking “He’s done it here: but can he do it on Sunday?” Honestly , watch the first match and then imagine it dissolving into a finish. Then halfway through the show Rich Brennan awkwardly drops in “but Ambrose’s night isn’t over yet! Later on he’s gonna team up for THIS match!” Ambrose and Reigns are back out for the main event, but Ambrose’s lip is fine and he has a new vest. This feels like a SmackDown assembled out of random footage of matches, with wildly inappropriate pacing. On the off-chance any of my readers were there live for this taping, I’d love to be able to cast some light on this.

So at this point in the show, the participants could have wrestled four times, or none; there’s a fatigued energy to both the crowd and the wrestlers which is entirely unbecoming for a go-home match. Too much of this match is devoted to Sheamus rubbing his boot against different parts of Ambrose’s body, while he crawls and writhes like a kicked puppy on the mat. This is otherwise as much of a nothing match as is feasible to have with eight men involved. The Usos are barely in the match legally; only to leap in to save Roman with unison superkicks. Reigns pins Rusev with a spear.

Final Thoughts: Tribute to the Troops being filmed immediately before this, and (spoilers) coming to a climax with a massive 16-man tag leaves the crowd burnt out and unengaged here and the whole show feels a bit limp and lifeless.This show has some of the weirdest pacing I’ve ever seen from SmackDown, and I heavily suspect it was edited far differently than appeared live. The emptiness of the roster seems starkly highlighted, with some wrestlers working three matches in this one taping. Not much to love, I’m afraid. 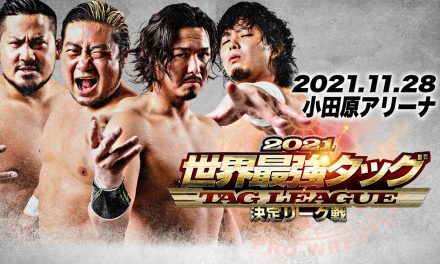