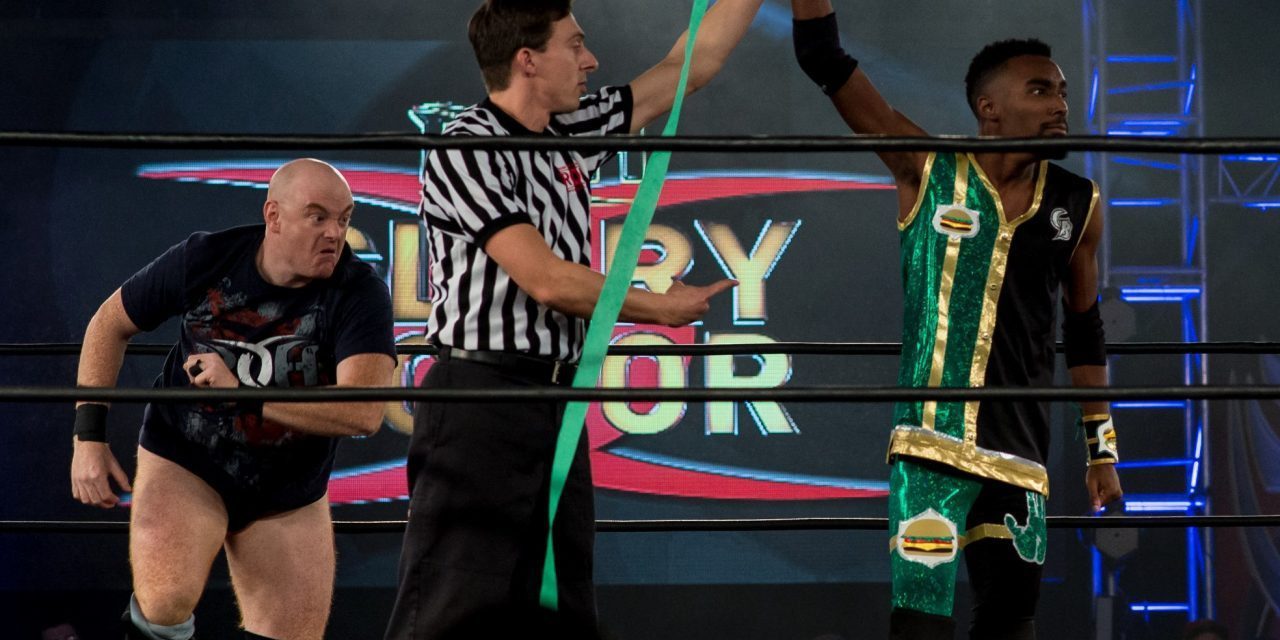 As we move closer to Ring of Honor Final Battle on December 18, key storylines that will climax at their biggest show of the year were advanced, though from an entertainment standpoint I thought this show fell short compared to last week.

As the show opened we were informed that Ring of Honor Wrestling is brought to you in part by the Health Alert Hotline (cheap plug?). Apparently if you have back or knee pain you should call them. Or at least that’s what Jay Lethal said.

This match wasn’t as short as the recent Moose and Michael Elgin squash matches, but it wasn’t much longer either. In total the match lasted four minutes, or what a typical divas match would be on RAW

There were impressive and sloppy spots, in what turned out to be a back and forth match. It felt like they were rushing to “get there shit in,” so to speak. Page hit a nice pump handle slam into a fallaway slam, and Ferrara hit a nice hurricanrana jumping from the top rope.

The match ended when Colby got on the apron to distract the referee. BJ Whitmer threw the clutch Colby initially had towards Page, only he overshot him, Ferrera caught it, and cracked Page over the head with it. Ferrera covered Page and the referee turned around and made the three count.

After the match, The Decade attacked Ferrera. When the referee tried to intervene, Whitmer threw him out-of-the-way. Kevin Kelly reminded Mark Briscoe on commentary that he couldn’t get involved as a commentator, but he ignored that by running to the ring as The Decade hightailed it.

Analysis: There was too much trying to happen in too little time here. Not every short match should be a race to execute all of your signature moves before you go home to the finish.

Christopher Daniels says ROH has been biased towards them and calls them the best tag team in the business. Daniels says they lost the titles without being defeated and when finally got a rematch he was attacked by a woman who seems to think her place is in the ring instead of a nursery or a kitchen. He also mentions the masked man who attacked them and cost them the match against The Kingdom. Frankie Kazarian says since ROH isn’t treating them like global superstars, they’re taking their talents to New Japan Pro Wrestling, where they’ll dominate the heavyweight tag team division, and return to reclaim the ROH World Tag Team Championships of the World (the rib on Daniels botch lives).

Analysis: A reasonable explanation to explain their absence from ROH. It’s pretty unreal when you consider what Christopher Daniels is doing at 45 years old.

Analysis: Not overly effective, but it was something to keep the feud in our minds.

Video Package of the Cheeseburger and ‘Brutal’ Bob Evans Feud

A video package was shown of what Kevin Kelly called one of the most heated rivalries in ROH Cheeseburger and ‘Brutal’ Bob Evans. They showed Cheeseburger defeating Evans protégé ‘Tough’ Tim Hughes, and Evans brutally attacking him after the match. After smashing Cheeseburger’s hand in a hair, Hughes suggested they cut off his hand. Evans grabbed a hand saw but luckily ROH officials intervened before we found out how many repetitions it would take to remove young Cheeseburger’s hand. It was then announced that Cheeseburger will face ‘Brutal’ Bob Evans in a grudge match at Final Battle, in a preshow match exclusively broadcasted on YouTube before the PPV airs.

Analysis: A brief but effective reminder of the feud, and a vehicle to announce the preshow match between the two of them.

Jay Lethal wore a proper fedora over his dreadlocks in what would be referred to as a ‘fashion emergency’ in the entertainment industry. Lethal congratulated Roderick Strong on finally beating him after 1,000 losses and says he knows he couldn’t do it again. He talks about his historic World Television Championship reign, and his World Heavyweight Championship reign as he shifted his focus to AJ Styles (who is injured but currently scheduled to wrestle Lethal at Final Battle as this is published). Lethal says he used to look up to Styles and when he called himself the greatest wrestler in the world,”goddamnit, it was true.”  Lethal said after he became the ROH World Champion, that was no longer the case. He says Styles has never been ROH World Champion. Lethal tells Styles he knows he is in the back, and to get his ass out here so he can say it to his face. Styles comes out and calls Lethal one of the best in the world. He tells Lethal the best thing that happened to him this year was losing the Television title because now he can focus on him. Styles requests Lethal to shake his hand like a man and say may the best man win. Lethal shook his hand and said may the best man win, it is going to be me because I’m the best man and you’re looking at me because you know it.

Analysis: It was nice, but most importantly, it was needed to have Styles on this show to help promote his main event match as we’re very close to Final Battle. While Lethal was telling Styles he was the best man, he practically drenched Styles in his spit. Styles should’ve brought a spit shield. I can’t get over how bad AJ Styles entrance theme is in ROH. It sounds like it’s a cross between rap music and Indian music. Hopefully Styles won’t be forced to pull out of this match or ROH will have a short time to make a major decision.

Cole announces he will have a grudge match against Kyle O’Reilly at Final Battle. He says he kicked O’Reilly in the face with not just his foot, but reality. Cole said O’Reilly felt betrayed but he was just looking out for him because he will never been Ring of Honor World Champ as long as he’s there, and that’s okay because some people are champions and some are not. Cole says he will make O’Reilly quit of embarrassment after he wakes up from the mangling in Philadelphia he’s going to give him.

Analysis: This was pretty effective in adding intensity to their match, though I would like to have heard more from Kyle O’Reilly during the show.

Dalton Castle came to the ring looking emotionally unstable, without the calming presence of The Boys.

Before the match begins, The Kingdom are in the ring staring down Castle when suddenly The Boys, who have apparently escaped captivity and appear wearing their new attire of blue jeans and tank tops. The Boys join Castle in the ring to defend him, and put on their old masks. This brings Dalton back to life and he appears to instantly get his swagger back. Before these six can come to blows, Silas Young comes out yelling at The Boys to “get out here,” and they “aren’t doing that anymore.”  As The Boys reluctantly leave the ring, Kevin Kelly reminds us that wins and losses matter, and stipulations matter, and that’s why they have no choice but to leave the ring and go back with Silas Young.

Castle and Cole are both good workers who had a good match. Castle executed a beautiful delayed belly to belly suplex on the outside, and Cole landed a nasty superkick when Castle spun around the apron on the outside in a reversal attempt. Bennett, Taven, and Cole then begin attacking Castle and the referee disqualified Adam Cole. The crowd began chanting “six man” as War Machine come out to make the save, and Nigel McGuinness announced an impromptu six man tag team match.

Analysis: This would have been a great main event without making it a six man tag team match but I understand the storyline ties. I really enjoyed Kevin Kelly explaining how The Boys had to leave the ring because of the match stipulation, and how both wins and losses, and stipulations matter (are you taking notes, Raw announce team?).

At one point during the match Castle bit Taven on the belly. Rowe from War Machine botched a couple of spots. Hanson slingshotted Cole into Rowe for a high knee, only Rowe left a noticeable amount of room between his knee and Cole’s face, though he sold it big time anyway (something that obvious, I wouldn’t have…just saying). In the other spot Rowe lifted up Bennett into an inverted atomic drop position to do a running slam of his back into the barricade, only he stopped short of the barricade and Bennett just fell off, and fell backwards into the barricade (which he also sold).

The most unusual moment of the match for me was when Castle and Taven took turns reversing the tombstone piledriver on each other, for a total of nine, yes nine times. The Kingdom attacked Castle with a couple of double team moves, including a double superkick to the head as Castle had Cole in the position to hit his finisher, the bang-a-rang. With Castle dazed, Cole recovered and hit Castle with a modified go to sleep for the three count.

Analysis: This match had some very good spots, and was pretty good, in spite of Rowe’s botches.

Final Thoughts: This show had some good moments, and built on some of the matches going into Final Battle, but I thought it fell short of last week’s very strong effort. With only a couple more shows remaining until Final Battle, we’re reaching a critical point of promoting the matches on the card to excite fans into buying the PPV. 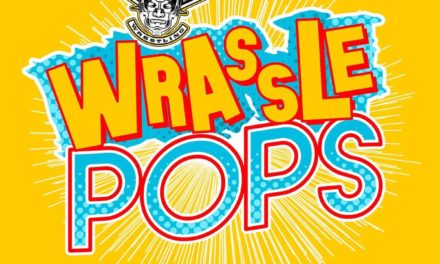