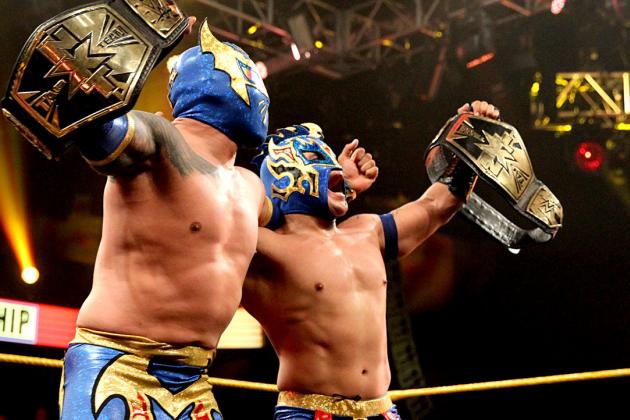 Ever since Alberto Del Rio’s departure in August of last year, coupled with the decline of Rey Mysterio Jr. and the previous failure to make Mistico a star, the narrative amongst wrestling news sites has been that WWE is on the lookout for a new Hispanic or Latin-American wrestler to spearhead their growth in Mexico and other Hispanic markets. Since then, WWE hasn’t made any real progress in creating a new Hispanic star until the rehiring of Del Rio last month. With Del Rio surprisingly not being pushed as a top face within the company, it appears that WWE hasn’t filled that spot just yet.

It could be said that instead of hiring a top talent from CMLL, AAA or another source, WWE may have found the answer to their problem in a talent already on their books: Kalisto. Does the young Lucha Dragon have the ability to be a top Hispanic star that WWE believes they need?

In 1986, Kalisto was born Emanuel Rodriguez and was in the unique situation of being raised in both Mexico City and Chicago.

As his love for professional grew, Rodriguez began to train with Windy City Pro Wrestling in 2006, where he not only learned the ropes using the American wrestling style, but also had a desire to learn the lucha libre style he grew up with in Mexico. Just like his heroes in Mexico, Rodriguez began wearing a luchador mask and he adopted the same Samuray del Sol. He would work with not only WCPW but with Dreamwave and AAW and other small promotions across the Midwestern United States, earning the reputation of one of the best young high fliers around.

He would then branch out to work for Dragon Gate in 2010, working a dark match with then-champion and now Ring of Honor star Silas Young and Chikara star Gran Akuma, a match, before heading off on his first tour of Mexico. His career was on a nice upward trajectory, with him slowly making a name for himself as one to watch for the future.

What goes up, must come down

Disaster struck for Rodriguez in April 2011. While working for Desastre Total Ultraviolento, a Mexican independent promotion, Rodriguez lept from the ring and tried to perform a double rotating asai moonsault . But Rodriguez overshot his target and had a sickening landing, with his head landing badly on a guardrail and the bouncing off the unprotected concrete floor. Rodriguez was diagnosed with not only a severe concussion, but he was eventually told he was suffering with post concussion syndrome, the same illness that ended Bret Hart’s career. Rodriguez recalls in an interview with vivelohoy.com the after effects of the injury.

“It literally felt like I was drunk every day,” “When I had that match with him (El Generico), it’s on YouTube and many people think I wasn’t good. It wasn’t that, I was just so dizzy at the time.”

Rodriguez was clearly still feeling the effects from the injury and contemplated walking away from the business in the months that followed. Even though he didn’t believe he was capable of being a top performer following the injury, WWE came knocking with an invitation to a tryout camp soon after his match with El Generico. Though he was unsuccessful in this tryout, the fact that he was on WWE’s radar gave him the confidence and spark he needed to believe in himself again.

Soon after, worked on AAA’s reality show ¿Quién Pinta Para La Corona? AAA booker Konnan reached out to Rodriguez months later to offer him a permanent spot on the roster. Konnan wanted Rodriguez to play the character of Octagon Jr., the protégé of one of Rodriguez’ heroes, Octagon.

Rodriguez grabbed the chance with both hands and quickly established himself eventually being given the rub by the original Octagon on-screen and dropping the Samuray del Sol moniker in AAA.

Rodriguez would not only make waves in AAA as Octagon Jr., but also back in the states wrestling as del Sol. Rodriguez would be in demand as the months passed, working for Dragon Gate, Combat Zone Wrestling and Pro Wrestling Guerrilla and competing against some of the biggest names on the independent wrestling scene, such as Chris Hero, Colt Cabana, Ricochet and El Generico.

Rodriguez would soon leave AAA due to his heavy work schedule and continue to build his impressive resume across the world in various promotions and in May 2013, he would receive a WWE tryout and after medical tests it was reported that he had signed with WWE.

When Rodriguez was sent down to NXT, he was renamed Kalisto and began working live events from September of that year until his live TV debut in May 2014. His TV debut saw the young Kalisto team with a masked Ricardo Rodriguez (no relation) under the name El Local.

Kalisto was the clear star of the team and immediately drew comparisons to WWE main roster star Rey Mysterio Jr. due to his high velocity lucha style, his Hispanic background and the fact he was a masked luchador. Kalisto then parted ways with Ricardo Rodriguez and began teaming with Sin Cara. The Sin Cara persona was in need of some repair and teaming with the new hot wrestler in Kalisto seemed to be the perfect way to elevate the two.

It wasn’t long before they were known as The Lucha Dragons and successfully ousted NXT’s longest reigning tag team champions, The Ascension to become NXT tag team champs.

While Sin Cara was a much more polished performer than Ricardo Rodriguez, Kalisto was still head and shoulders the main attraction of the team with his blistering speed, high risk offense and colourful attire.

After a five-month reign as champions, The Lucha Dragons would drop the titles to the newcombers Blake & Murphy. Just a few months later, Kalisto and Sin Cara were on their way to the WWE main roster.

Since being promoted to the main roster in April, Kalisto and Sin Cara have mostly gone about their business under the radar. While big opportunities haven’t exactly come their way since their debut, The Lucha Dragons have been solid hands on the tag team scene.

In recent weeks, The Lucha Dragons have been getting somewhat of a mini-push, with wins over the team of Wade Barrett and Sheamus on RAW as well as becoming No. 1 contenders to the WWE Tag Titles at the expense of Barrett & Sheamus, The Dudley Boyz and The Ascension. Kalisto got the pin on both occasions. Kalisto then upset Ryback in one-on-one action in the WWE Heavyweight Title Tournament to advance to the second round. Kalisto now sees himself in a match with Alberto Del Rio in the next phase of the tournament, a match that could be the making of him if given the right direction and time. It’s a match Kalisto looks destined to lose, but if the match is booked correctly, he can look strong in defeat and it could be the platform for him to break out as a star on his own.

Kalisto definitely has the potential to fill the void left unfilled after the release of the aging Rey Mysterio Jr. As one half of the Lucha Dragons, he has proved to be a reliable performer since arriving on the main roster in April, rarely having a bad match no matter how short or brief some may be. When given time he has showed that he is more than capable of dazzling fans with his high octane offense and athleticism, even in the most meaningless of matches on WWE C-shows.

I believe that if given the right vehicle, Kalisto can be the answer to WWE’s Hispanic star problem, and though I may be giving WWE creative too much credit with my next comment, with his recent mini-push WWE may have realised that they a solid performer with an Hispanic background to place in such a position. He’s a highly entertaining worker and he, like Rey Mysterio Jr. before him, can be a highly marketable character capable of reeling in the young fans.

That being said, WWE has an extremely poor recent track record for making new stars, a point made more apparent by the competitors that filled the brackets of their World Heavyweight Championship tournament. While Kalisto has plenty of potential to be the next big Latin star, I don’t have faith in WWE to successfully accomplish this based on their current form.

That being said, it’s not impossible either and with the right attention, Kalisto could be a household name if given the opportunity. He can light up arenas with his high risk moveset and entertain fans young and old with his smooth, high-paced skills. WWE has a ready made underdog babyface in their possession and it would be a shame if they don’t realise his potential, like they have in the last few years with other would-be stars, before it’s too late. 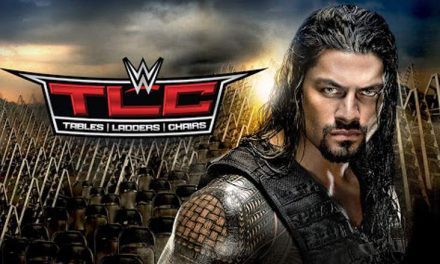