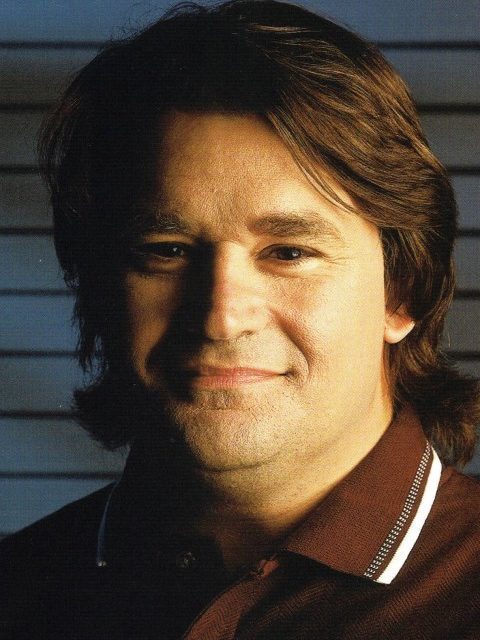 Command Decision: I’m not covering the VIP Lounge anymore – it only discussed wrestling occasionally and had a ceiling of “passable,” plus the flagship MLW show is back.

The podcast week in review, brought to you by Uber (or our Amazon and WWE affiliate links). Nothing was blow away so no Best of the Week.

Talk n’ Shop #68 (10/31/15): Matt Striker is ostensibly the guest, but plenty of people keep joining, including Matt Sydal, Kyle O’Reiley, and AJ Styles. Unfortunately it’s a case of too many cooks, as most of the show is a mess. It does pick up a bit where everyone discusses where they were on September 11th, but then we learn there are some 9/11 Truthers in the Bullet Club! THUMBS DOWN

WOOOOO!™ Nation #26 (11/1/2015): A special Sunday show to make up for the lack of the usual Wednesday outing, Ric and Conrad are joined by former longtime WCW announcer Tony Schiavone. They talk about Tony’s fandom, the good old days of Crocket wrestling, why he went to the WWF, why WCW ultimately lost the war, and more. I was somewhat on the fence between and a Thumbs Up and Thumbs in the Middle, but Tony tells this amazing story of Flair in the Black Scorpion mask after Starrcade 1990. No show with that can be less than a Thumbs Up. THUMBS UP

MLW Radio #200 (11/2/15): The MLW crew celebrates episode #200 by bringing in Rey Mysterio. Rey, Court, and Konnan talk about television, how Rey was accepted by the AAA locker room, working with Sin Cara, an update on the Alberto situation (Konnan expects him to drop the title, and disputes the 450K downside), Sombra possibly headed to the WWE, and the story of the famous Eddie Guerrero/Rey match at Halloween Havoc 1997, and how close Rey came to losing his mask. Rey is always very likable and there’s some interesting insight during the show. THUMBS UP

Steve Austin Show #271 (10/27/15): Steve always talks about the need to carry a knife, so today to talks to someone who makes them. Austin is joined by Lynn Thompson of knife maker Cold Steel, who talks about his dual citizenship, his fascination with knives, making them, hunting, his association with the television show “Fat Guys in the Woods,” why the dentist who shot the lion isn’t the bad guy in the story, the NRA, and police dogs. If this sounds appealing to you this might be appealing to you, but to me it was a tremendous slog. THUMBS DOWN

The Ross Report #90 (11/4/15): Mr. Bob Backlund is the guest this week, to discuss his new book, his father’s drinking problem, peer pressure, losing 40 pounds in a week for wrestling, how he got into pro wrestling, the lean early days, how Terry Funk gave him his big break, Florida, winning the WWF title, wrestling Ric Flair, losing to the Sheik, his heel run in the 90’s, putting JR in the Chicken Wing, and more. A lot of focus on Bob’s collegiate sporting career (no surprise there) as they don’t get into pro wrestling until nearly a half hour into the interview. Still, a very thorough conversation, and very different from the show Bob did with Dave Meltzer and Bryan Alvarez. <Backlund’s interview starts at 26:05> THUMBS UP

WOOOOO!™ Nation #27 (11/4/2015): Longtime wrestling columnist Mike Mooneyham joins Ric and Conrad for a jovial conversation. They talk about the evolution of wrestling, real heat, the WWE’s changing philosophies on bodies, learning ring psychology, the Performance Center, Cesaro, a modern day Four Horsemen, Ric inspiring people to get into the business, the upcoming WWE Hall of Fame, Brock Lesnar, Mike’s favorite Flair matches, and the announcement of Mike’s retirement in February. Disappointing show –you would expect someone like Mooneyham to have some great Flair stories, but it’s mostly current events (or at least how current wrestling compares to the past). The audio quality is also really rough at times. THUMBS DOWN

Talk is Jericho #192 (11/4/15): It’s a special Y2J event, as M. Shadows of Avenged Sevenfold is on to announce the band’s new drummer. And it’s…former Bad Religion drummer Brooks Wackerman. They talk about Wackerman’s former teenage rock band, playing with Tenacious D, why the band got rid of their old drummer, the audition process for Brooks, the challenge of learning the band’s songs, playing with Tenacious D, and a lot more. I like the idea of making an announcement on a podcast, but the meat of the interview did nothing for me. THUMBS DOWN

Bauer & Pollock (11/4/15): The dynamic twosome are back to talk about the ramifications of the 2005 Survivor Series, the 10th anniversary of the passing of Eddie Guerrero, WWE injuries, WWE earnings, ratings woes, Kota Ibushi’s injuries, Billy Graham and Tatanka signing Legends Deals, Ric Flair’s 30 for 30, Grantland shutting down, and Kurt Angle in Belator. They close with the scoop that a company called Classic Wrestling Revolution is starting up with Kevin Sullivan as booker and offering benefits to all the wrestlers. Likely your usual pie-in-the-sky wrestling startup, but an interesting story I haven’t heard anywhere. THUMBS UP

Art of Wrestling #275 (11/5/15): Cheerleader Melissa joins Colt to talk about playing boys sports in high school, her father and uncle wrestling, moving to San Francisco to train, getting booked in Japan as a young girl, Leonardo Spanky, bonding with Mabel on tour, and a lot more. There’s nothing about TNA or Lucha Underground (although Colt mentions the rumor in the show’s closing), but still a fun show. Chris Hero shows up in the intro again for another fun segment (now why doesn’t that guy have a podcast?). THUMBS UP

Steve Austin – Unleashed #270 (11/5/15): Part 2 with Buff Bagwell. They get into his Buff persona, his shoulder needing to be replaced, the full story on bruising his spinal cord in WCW and thinking he was paralyzed, abusing pain medication and having sleep apnea compound the problem, getting clean, mark doctors, finding his former manager dead, his documentary, the number of people he wrestled who died (72!), and more. Not much in the way of wrestling, as the show focuses on overcoming injuries and addictions. Not a light listen, but a compelling one. THUMBS UP

The Jim Cornette Experience #101 (11/5/15): Jim and Alice discuss the struggles of modern wrestling, the GOP debate, and Jim’s new book (which admittedly sounds pretty great). Then Kenny Bolin is on to talk about the limo ride everyone took to see Funk/Lawler and everyone yells at each other for a half hour. There’s also a dumb story where Bolin ends up on an Al Qaida farm. Awful. <Bolin’s interview starts at 30:26>THUMBS DOWN

Talk is Jericho #193 (11/6/15): Also, the lengthy intros are back, as Jericho discusses his time on the KISS Cruise. Then Jericho sits down with the Iron Sheik, to talk about winning the title from Hulk Hogan, Verne Gagne offering him 100K to break Hogan’s leg, backstage fights (Sheik says he was there for the Orndorff/Vader brawl in 1995, which doesn’t sound right but could be true), amateur wrestling, immigrating to America, roasts, and being sober. Sheik sounds like he’s in a good place, but nothing terribly new here. Jericho does a good job guiding the conversation but thinks the whole “make you humble” thing started a few years ago? <Sheik’s interview starts at 22:54> THUMBS IN THE MIDDLE

MSL & Sullivan Show #6 (11/06/15): MSL and Sullivan start the show discussing the Seth Rollins injury and the WWE’s options, as well as denying that either of them have spoken to Jerry Jarrett about any kind of wrestling product. Then they cover the 7/29/96 Nitro, including an interesting discussion of creative control and vets jobbing to smaller wrestlers. A mailbag about Al Perez and Bob Roop closes things out. I give Sullivan credit; he has an amazing recollection of minute details from 19 years ago, including why a referee wore purple socks. THUMBS UP

Will Ospreay: From Essex to an Empire (Part 1 – Introduction and Excursion)