Mauro Ranallo and Josh Barnett are back in the booth this week to continue their coverage of NJPW Wrestle Kingdom 9. In recent weeks, the two by this point have tackled almost all of the prelims. They tackled the two junior title matches, the shoot-style classic between Minoru Suzuki and Kazushi Sakuraba, and the thrilling tag team match between Gun & Gallows and Meiyu Tag. This week, Ranallo and Barnett tackle with of the most talked about matches of 2015: Shinsuke Nakamura vs. Kota Ibushi. Before we can get to that, however, Pro Wrestling NOAH stops by as they do battle with Suzuki-Gun.

Naomichi Marufuji and TMDK join Toru Yano to do battle with Takashi Iizuki, Shelton Benjamin, and the Killer Elite Squad to start things off. As someone who watched Wrestle Kingdom 9 live with the Japanese commentary, I will not be comparing Ranallo and Barnett’s performances to Jim Ross and Matt Striker. I don’t know how the latter did with introducing the players from Pro Wrestling NOAH, but Ranallo and Barnett did a swell job hyping up the trio from NOAH, especially Marufuji, who came across as a superstar with the commentary in this match.

The work here is actually much more sloppy than I remember. It’s not a very good match. The one redeeming spot is the chokeslam that Lance Archer delivers to Shane Haste, the first of many that Haste would take this year. Ranallo’s excitement comes through the TV as he calls the “sky-high chokeslam” which was great to hear. Even with a match like this, the commentary finds a way to make it somewhat entertaining.

Coming back from break, the cameras join up with Shinsuke Nakamura for the pre-match interview that has become a staple of these AXS shows.

“I was competing at (the) Tokyo Dome as the Intercontinental Champion, so I expected New Japan prepared a wrestler worthy of that. That’s what I expected. But a joker appeared from nowhere.”

That joker, of course, ended up being Kota Ibushi, who was fresh to the heavyweight division at the time. As many of you know, Ibushi surprised Nakamura with a German Suplex after a victory over Katsuyori Shibata at last year’s Power Struggle show, setting the stage for their first battle since the 2013 G1 Climax. Nakamura would then reflect on that match.

“The first singles match we fought together had given us the (Tokyo Sports) Best Bout Award. Although it was my first time to fight him, he was exciting because I felt a divine connection. I think we both felt that.”

Up to this point, Shinsuke Nakamura vs. Kota Ibushi is my match of the year. It tops anything else from New Japan, Dragon Gate, Big Japan, or WWE. If you want to throw snowflakes at it, I think it’s easily five stars. It’s a modern classic. I was very uneasy going into this because I didn’t want any of the magic to be lost from the first time I watched it and despite my love for Ranallo and Barnett, they made me uneasy. The Japanese commentary, or rather just their emoting, was perfect. I didn’t want this match to be hurt by poor commentary.

Rest assured, the commentary kept up with the blistering pace in this match. Ranallo and Barnett were great. Despite Barnett going into a completely nerdy anime rant during Nakamura’s entrance, they kept the humor to a minimum. This was the co-main event of the Tokyo Dome and both the wrestlers and the announcers came with their game faces on.

Barnett does a really good job early on of explaining Ibushi’s transition into the heavyweight class and what that could mean for Nakamura. Ibushi’s kicks are harder, his strikes are sharper, and with his muscle mass, he has an array of new suplexes he can use on Nakamura. It’s the little things that set this commentary team apart from the rest. I knew about Ibushi’s change in weight going into this match, but for anyone that didn’t, they were informed in the opening minutes. Great job by both commentators.

The drama and the excitement clearly comes across in both men’s voice throughout the match. They are locked in on the action, which makes me, the viewer, do the same. They emote so well during this match. Whether it was during Ibushi’s missed Phoenix Splash, Nakamura’s Landslide, or when either man hit a Bomb Ye, the announcers set the mood perfectly. By the end of the 20 minutes, I was drained. The announcers and the wrestlers were drained as well. This was an emotional match with such a great sense of drama and Ranallo and Barnett portrayed that so well.

“I’m very disappointed. I really thought I could win. I really did, so I gave it my all, but I couldn’t win. However, by losing today, I know I have potential. I know I have more potential now as a heavyweight. I want to fight Nakamura again for sure. I respect him more than before.”

Nakamura’s post-match press conference was very interesting, as he heavily examined his bout with Ibushi.

“…I rarely get overwhelmed or emotional, so I don’t consider many opponents to be special. But this feeling that we match, it exhilarates me a lot. That’s not flattery. He’s a special opponent. Throughout my wrestling career, he’s the only one who made me say that.”

Final Thoughts: NJPW on AXS knocked it out of the park this week. It was such a satisfying hour of professional wrestling. The show started on a weaker note with the eight-man cluster that featured Pro Wrestling NOAH, but once things kicked into high gear with Nakamura vs. Ibushi, it reminded me why this is the best wrestling show on TV. Ranallo and Barnett were completely prepared for their duties and they delivered their words with such intensity and passion. Highly recommend checking out this episode. 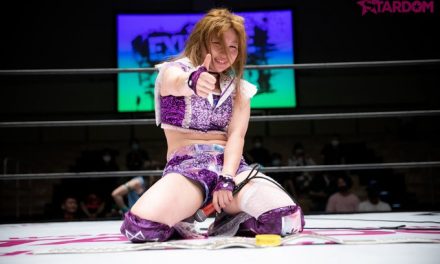 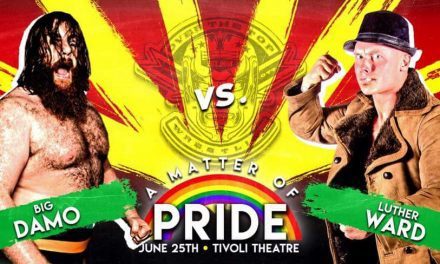