Voices of Wrestling returns with a very special edition as regular co-host Rich Kraetsch is joined by Voices of Wrestling’s WWE Raw reviewer Sean Flynn (@spiffie6123). Rich and Sean begin the podcast discussing betting on the Chicago Cubs in hopes of winning free pizza for a year as well as the bizarre Barbi Hayden/GoFundMe controversy.

The attention turns then to WWE as WWE Hell in a Cell 2015 is previewed in addition to long-form discussions on The Shield’s reunion, the lack of follow-through on the Wyatt Family breakup and why WWE wrestlers don’t exist in an actual universe occupied by other human beings. Last but certainly not least, favorites memories of WCW Halloween Havoc including Sean’s attendance at WCW Halloween Havoc 1990, the insanity that was Halloween Havoc 1999 and 2000 and how many stars we can throw at the Chamber of Horrors Match from Halloween Havoc 1991. 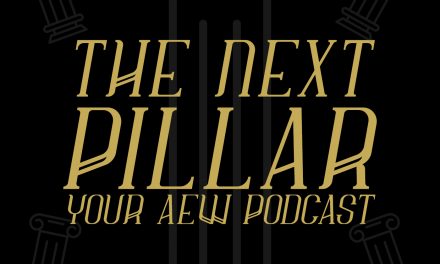 Everything Elite: Fyter Fest Review & Road to Fight for the Fallen