Drew Galloway, Samoa Joe and A.J. Styles are among the biggest names to become available on the independent professional wrestling scene over the past couple of years.

One of the first people they got in touch with was Bill Behrens.

Behrens is the most prominent and successful agent in the wrestling industry. He currently represents some of the biggest names in the business, and has dozens of clients who he books dates for.

While he has booked and promoted shows and wrestlers, Behrens never was an in-ring performer. His past lies in television.

Behrens’ father worked in television, which is how he got his start. As a child, Behrens appeared in children’s programming his father produced and sold. He graduated from Emory University in Atlanta and went to pursue a law degree at Wake Forest. After about a month, though, he decided that law wasn’t for him. He then began working as a syndicator for his parents and Universal Television, among other companies, before getting his first break working in wrestling.

In 1993, Behrens, who was always a fan of professional wrestling, wrote a letter to the Pro Wrestling Torch. It was ridiculing a Jim Crockett Promotions television taping that was shot in high definition television, thinking that was the next big technology. That wasn’t the case in 1993, though, so Behrens felt the need to bring some of Crockett’s issues to light.

Behrens then got a call from Jerry Jarrett, who then was then promoting the United States Wrestling Association (USWA).

The elder Jarrett was impressed with Behrens’ understanding of wrestling from the column, and asked if he could help provide more syndicated television markets for his son to promote. Inevitably, Jeff Jarrett didn’t want to promote, but Behrens already had a deal in place with his father. To get Behrens compensated for brokering deals with three new markets, Jerry got Behrens in touch with WWE, who proceeded to sublet the USWA show and use the commercial time to promote their own product.

Jerry then went to work with WCW as a consultant and took Behrens with him, so Behrens started working in television syndication with WCW. After about a year, he started working with WWE again before USWA went out of business in 1997.

Behrens would continue working in wrestling, eventually forming NWA Wildside in September of 1999. The promotion produced over 300 weeks of television, featuring some of the best non-contracted talent available at the time. The biggest star to come out of Wildside: Styles.

“It was a nice place where people cooperated and we were able to create stars,” Behrens said.

“We became a go-to-place in a little crap building in Cornelia, Georgia,” Behrens said. “We were, at the time, the south’s only buzz indie.”

WWE hired Behrens in 2005 again to help set up Deep South Wrestling, but only stayed there for three months due to differences with Bill DeMott and Jody Hamilton.

During this time, Behrens was working with the Jarretts again, this time in TNA. He helped book house shows with Terry Taylor, and also was a third-party booker for talent. If a performer wasn’t being used on TNA house shows, Behrens would get them booked on other independent shows in the southeast.

Upon leaving TNA in 2008, Behrens continued helping book talent on shows. He has always handled Styles’ business, and said he continued working with Christopher Daniels and others after that exit.

Behrens then started having more interaction with promoters across independent wrestling, and decided his way to keep making a living in the business was as an agent. Figuring his talent was helping develop talent instead of actually booking or promoting it, he started putting wrestlers in positions to succeed across independent promotions.

While Behrens does have some of the highest-profile clients in wrestling, he said he has never had to make a phone call asking someone for their business. Everyone he represents has come to him through goodwill he had previously created with those that were already his clients.

Styles has seen a resurgence in his career since leaving TNA in January 2014, and Behrens believes that is a testament to his talent.

“A.J. is an example that if you have the talent and you have a little experience helping you, and perhaps that’s where I come in, then you can make it independently,” Behrens said.

A few months later, two more Behrens clients returned to the independent scene in Daniels and Frankie Kazarian. The duo, now known at “The Addiction,” have thrived since leaving TNA, winning the ROH World Tag Team Championship and will be appearing in New Japan Pro Wrestling’s annual World Tag League tournament this fall, according to Behrens.

Sydal is another client of Behrens’ that has recently made a bit of a splash with New Japan. He just completed a tour in the far east that saw him pin IWGP Junior Heavyweight Champion Kenny Omega, setting up a future title match between the two at October’s King of Pro-Wrestling.

Another Behrens client that has made a splash on the independent wrestling scene is Drew Galloway.

Galloway, 30, was released by WWE in June of 2014. Since then, he’s become a mainstay for Insane Championship Wrestling in his home country of Scotland, and also enjoyed a 331-day reign as EVOLVE Champion, having beaten Chris Hero in his EVOLVE debut for the title. Galloway also wrestles for TNA and will be main eventing the upcoming Bound For Glory pay-per-view against Ethan Carter III for the TNA World Heavyweight Championship.

The most recent recruit for Behrens is Ricochet, who he said was brought to him by Sydal and Styles. Other clients include Abyss, Carter III, ROH World and Television Champion Jay Lethal, Moose, James Storm and Eric Young.

Behrens’ pool of clients is a diverse one. While he has some of the biggest names of the current wrestling scene, he also represents some stars of yesteryear like Diamond Dallas Page, Scott Hall, Kevin Nash, New Jack, Scott Steiner, Vampiro and Sean Waltman.

Behrens estimated that he books between 20 and 25 wrestlers with some degree of regularity, and said he could probably get up to 50 guys bookings on any given weekend. Because of the amount of talent he has, Behrens is at the top of what he does.

More wrestlers outside of WWE and TNA are making full-time livings now in wrestling than ever, which means it’s a good time for Behrens and what he does.

“Really, there’s a lot of positive momentum right now in indie wrestling in a worldwide basis,” Behrens said, noting more independent promotions are running successful shows than ever before.

While Behrens handles more talent than any other agent in professional wrestling, he is grateful for the opportunities that have been given to him. While most agents in professional sports have to actively look for players to represent, Behrens says he is fortunate to be in the position he’s in, working in an industry he loves.

“I’ve been blessed in that most of what has happened to me has been people being nice enough to call me and give me opportunities,” Behrens said. “All my deals with WWE were brought to me by them. All my jobs in television came that way. I don’t think I’ve ever applied for a job, other than when I worked at U-Haul.

“I’ve been lucky the phone rings.”

For more information on SBI Bookings, Behrens’ entertainment company, including a full list of talent he represents, visit his website here. His email is [email protected] 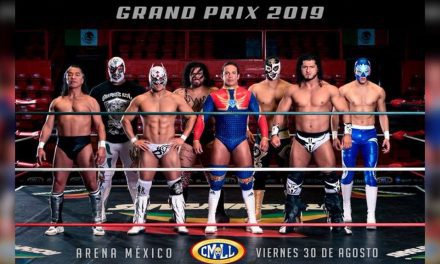