Cesaro is the poster boy for everything that is right with WWE right now.

Impressively, Cesaro is also the poster boy for everything that is going wrong with WWE right now.

Performers in WWE don’t reach the pinnacle (winning the WWE World Heavyweight Championship) by having really good matches and showing off their great work ethic to the audience. Generally speaking, the performers Vince McMahon has preferred to have lead his company get over to the point of becoming “the man” in the company by talking. The biggest stars WWE has ever seen didn’t get to the pinnacle because of their matches.

Hulk Hogan reached the top because he was Hulk Hogan. Stone Cold Steve Austin swore, drank beer and gave people the middle finger. Naturally, people adored him. The Rock has the best catchphrases we’ve ever heard in wrestling. John Cena got to the top when he was a rapper. Even when CM Punk reached top superstar status, it was because he was finally allowed to talk.

Currently, most fans would say the best parts of Raw and SmackDown are the matches that take place. There are some exceptions, but when Sting destroys Seth Rollins’ statue, it’s generally greeted with disdain and annoyance by the internet hivemind of the WWE’s audience.

While the best part of the current product is the in-ring work, ratings are down in a big way. They’ve been spiraling downward for the past few years. While three hours is probably too long for wrestling nowadays, heading into the first Monday Night Football games of the season, WWE won’t be happy it has just three million people watching its final hour this past week

The fans watching every week want to watch guys like Cesaro wrestle. When superstars talk, fans want them to shut up and start wrestling.

Before that, Batista signing a contract to face Triple H at WrestleMania 21 got the last 5.0 rating. The highest ratings in the last decade generally don’t come with wrestling.

Most of the potential audience WWE could hook wouldn’t watch because of the wrestling, they’d watch because a storyline grabbed their attention and they wanted to see what happened to their favorite superstar.

Whether you think they’re going about increasing their audience well is irrelevant: Cesaro is not the type of performer that people are going to hear about on social media or see on television and say “Wow, I have to stop and watch to see what he’s going to do next.”

People wanted to see what Austin or The Rock would do next. Cesaro going out and having great matches isn’t going to do that.

Guys like Cesaro and Zayn are great, and I thoroughly enjoy watching them perform in the ring. But they aren’t the type of performer WWE is going to give a lengthy main event push to. Remember when Dean Ambrose was being pushed in the lead feuds on Raw and SmackDown and fans started gravitating toward him? It wasn’t because of his in-ring work. It’s because of his character. He’s a different dude, and you see his personality because he talks. Right now, he’s not nearly as “over” as he was last fall when he was in his feud with Rollins. It’s because he doesn’t talk as much, which is what he does best.

It’s great Steve Austin is a big fan of Cesaro and Edge wore his shirt on Raw that one time. Both guys, though, probably weren’t as dynamic of talents as Cesaro, yet they got over and made money for the company. It’s because they were given platforms to develop their characters.

Cesaro probably isn’t going to be given that platform, and that’s fine. He’s the new Dolph Ziggler, in that he’s the guy that people think the company is burying. The “Swiss superman” will go out and perform every week, probably have about 25 to 30 matches of 15 minutes or more on television or the WWE Network every year, and he’ll do great at that. They’re not burying him by doing that. They’re putting Cesaro in a position to succeed.

If they put Cesaro on top, in the main event, even after four or five months of winning matches and looking strong in the ring, he’d probably be put in a position to fail. They know that.

People who used to watch WWE a decade ago and turn on RAW now are going to be impressed if they see Cesaro perform, but that isn’t going to make them watch the week after that.

Let’s all just appreciate Cesaro for being the talent he is and not complain about how he’s being “booked.” 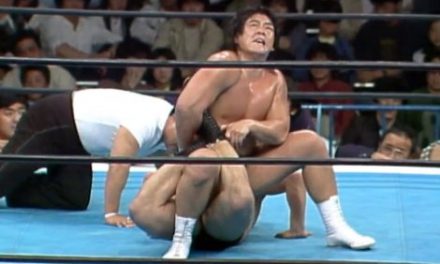 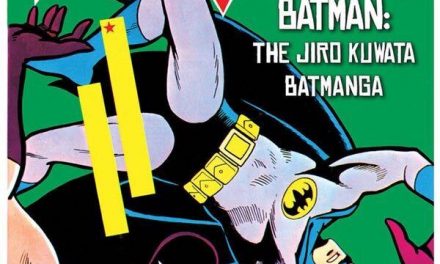