The podcast week in review, brought to you by the new television program Life Free or Die (or our Amazon and WWE affiliate links).

Talk n’ Shop #62 (8/29/15): BIG MIKE is here, as Michael Elgin joins fellow G1 competitors Doc and Karl to talk about coming to Japan for the first time, his impending fatherhood, life on the road, and Shelton Benjamin’s junk. BIG MIKE acquits himself quite well fitting into the insanity, and if the interview is fairly slight (no mention of his border troubles), the fun everyone is having more than makes up for it. THUMBS UP

MLW Radio #195 (8/30/15): Something different, as Jim Ross and Kevin Sullivan join MSL to discuss the modern wrestling business. Sullivan actually does fine, but it’s the usual JR you heard every week on his own show (did you know Bray Wyatt is really a character babyface?). News flash: 3 hours is too long for a wrestling television show. This would have been so much better if they swapped stories about their time together in WCW. THUMBS IN THE MIDDLE

Stone Cold on the WWE Network #4 (9/8/15): Edge and Christian hang out with Steve for a while. The show actually has a bit of a rough start, but stick with it and there’s some great stories, including E&C’s trip to wrestler court, Death Trip escapades, both men’s retirement, Michael Hayes’ influence on the group, the origin of What? and five second poses, fatherhood, the Don’t Look at Me game, and a lot more. Nothing really earth shattering, just a fun chat between friends for an hour, and Austin’s best outing on the Network yet. THUMBS UP

Steve Austin Show #253 (9/8/15): Third time’s the charm for Wade Keller, as he and Austin discuss part of the Brooklyn NXT show, as Steve only watched Bayley vs. Sasha and Joe vs. Baron Corbin (!) (Wade also chimes in about the main event). That’s only about the first half hour of the show, as the rest is Wade and Steve asking each other questions. There’s some real interesting stuff, like if Austin would have had the career he had with a full head of hair, and if Austin’s early retirement was actually a blessing in disguise. Wade wanting to rush home to watch World Class as a kid is tremendously endearing. THUMBS UP

The Ross Report #82 (9/8/15): Former WWE ring announcer Justin Roberts joins JR. They talk about Roberts’ fledgling fandom, being on RSPW, his huge WCW fandom, annoying the front office to get into the WWE, his commentary tryout, being on the road, and life after the WWE. Roberts comes across as a great guy who got to live his dream, and JR completely avoids his usual terrible habits (i.e. no talk of guys needing to slow down and sell), which makes for a fun show. <Roberts’ interview starts at 20:47> THUMBS UP

WOOOOO ™Nation #19 (9/9/15) Ric and Conrad chat with NFL legend Lawrence Taylor. This is the first non-wrestler Flair has talked to, although there is some pro graps talk, since LT was both a big fan and did main event a Wrestlemania. There’s a lot of football talk, which really didn’t do a lot for me, but the show really shines when talking about their partying days, especially when Flair casually talks about Mongo McMichael’s drug habit. THUMBS IN THE MIDDLE

Talk is Jericho #176 (9/9/15): In honor of the 40th anniversary of Kiss Alive!, Paul Stanley makes his return to TiJ. They talk about the decision to release a live album, Kiss’ stage show at the time, the “improvements” they made in the studio, the tenuous financial situation they were in at the time, the legacy of the record and how it lead to disco, and a lot more (including some shit talking on Dee Snyder). I’ve actually been on a KISS kick lately, so this was right up my alley. But even if you’re not in the KISS Army, this is an interesting interview, especially the talk about the band’s early, lean years. <Simmons’ interview starts at 16:15> THUMBS UP

Bauer & Pollock (9/2/15): B&P run down all the week’s news, including Ronda Roussey starring in a Roadhouse remake and her future in MMA, Bret Hart’s thoughts on the Owen DVD, Kurt Angle’s future and why NXT would be a good fit, and Hulk Hogan’s redemption tour, and some early thoughts on the Wrestling Observer Hall of Fame. A much less crime-based show than last week, but still a fun recap of the week. THUMBS UP

Art of Wrestling #268 (9/10/15): Finally back in the U.S. (presumably), Colt sets down for a talk with Jeff Jarrett. I was worried this would be nothing but an infomercial for Global Force Wrestling, but a lot of the show is about Jarrett’s family history in the business, Memphis wrestling, and Jeff’s early run in the WWF. When they do discuss GFW his approach actually sounds decent, as if nothing else Jarrett at least talks a good game. THUMBS UP

Steve Austin – Unleashed #254 (9/10/15): Jake “The Snake” Roberts is the guest this week. Thankfully, no talk of DDP Yoga or his battles with addiction, which have been rehashed plenty on other podcasts. Instead, it’s about how Jake learned how to wrestle and a master class in wrestling psychology. Lots of fascinating talk about when to take a powder, cutting promos, blading, cheating, and a lot more. Steve’s best show in a long time. THUMBS UP & BEST OF THE WEEK

The Jim Cornette Experience #93 (9/10/15): No guest again, as Jim and Alice talk about Kim Davis, some guy running for office who once peed in a sink, Jimmy Snuka, and a long rant about today’s wrestling (Full disclosure: I skipped past this. Even I have my limits, faithful reader). They also call the hotel mentioned in the last Bolin pod. Garbage show. THUMBS DOWN

Talk is Jericho #177 (9/11/15): Kerry King of Slayer comes to TiJ to talk about his band’s new album, touring with Metallica, Megadeath, and Anthrax, why Layne Staley is a singer’s singer, the band’s new lineup, the spider bite that cost Jeff Hanneman his spot in the band, snakes, favorite Slayer songs, and a lot more. A fun interview with good stories; King comes across so likeable it’s almost disappointing. <King’s interview starts at 22:58> THUMBS UP 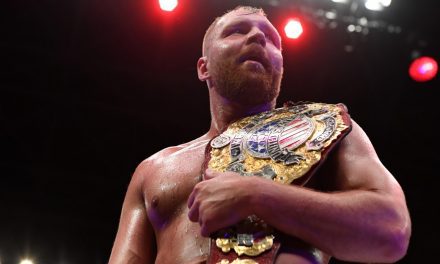