Every wrestling fan with a blog, podcast or YouTube channel has an opinion about why the wrestling business rises and falls. Many give a few distinguished performers, like Hulk Hogan and “Stone Cold” Steve Austin, much of the credit for boom periods. Others cite sour business deals and market share competition for busts. Another, seldom mentioned possibility might contribute to this ebb and flow. Perhaps the successes and failures of the business over the past thirty years have depended greatly on one specific generation.

Although highly speculative, here is the argument: Generation X seems to have a symbiotic relationship with professional wrestling. The booms and busts of the business have corresponded neatly with when members of this generation would have experienced life events with the potential to affect their viewing habits. Generation X and contemporary professional wrestling have grown up together, influencing one another along the way. This relationship might have as much (or more) to do with fluctuations in the business as any other factor.

To clarify, Generation X includes people born between the mid 1960s and early 1980s. The heart of the generation was born in the mid 1970s, so these people are approaching middle age today. Members of Generation X would have been in elementary school at the time the WWE was buying up airtime and wrestling contracts. The Hulkamania Era began just as these kids started watching. The marketing of the time—including toys, cartoons, and junk food—was aimed at this group of kids. It worked. Generation X children bought it all and propped up an industry. Those who watched WWE Superstars on Saturday mornings became lifelong fans. The relationship was born.

The early 1990s brought some growing pains. Hogan disappeared from the scene. At the same time, Generation X kids were hitting adolescence. Distractions of all sorts pulled them away from wrestling. They played sports on their own in high school. They got more into video games (NES had arrived) and music (the alternative rock explosion was right around the corner). They started dating. Without their childhood hero in the picture, wrestling didn’t engage them much as being teenagers did. Generation X drifted. Professional wrestling went through a profound bust during these years.

By the mid to late 1990s, Generation X was finishing high school. The group that had been there for wrestling in the early 1980s was now entering the world of work or heading off to college. Beginning adulthood made these young people pine for more innocent times. Along came World Championship Wrestling  and the Monday Night Wars. Hogan was back, but as a heel. Wrestling had turned into a spectacle for more mature audiences thanks to ECW’s influence. A more volatile product appealed to the cynicism of adult members of Generation X. They got to have their nostalgia mixed with something new and edgy.

This only lasted so long. The nWo ruled WCW while Austin and the Rock led WWF’s so-called Attitude Era, but these stars fell out of the spotlight by the early 2000s. This was around the time Generation X began feeling some of the true responsibilities of adult life. College was over. Careers were beginning or becoming more complicated. The former little Hulkamaniacs were having their own children. Not everyone from Generation X was busy with all of this, but even those who weren’t so busy managed to find new distractions. The icons of the late 1990s weren’t there to maintain their interest, so they started turning to better gaming systems, reality television, and the surging world of MMA.

Since then, the internet has continued to get faster and deeper. Over the past decade, this has allowed nearly the entirety of wrestling history to be available for online viewing. Today, Generation X easily can relive what they watched in their youth. However, their children now are old enough to belong to the Cenation. A new crop of younger, ambitious performers has brought a renaissance to the indies. Generation X will watch the WWE Network and go to the local shows, you know, for their kids. A circle of sorts is complete. Comparing today’s business with that of three decades ago is tricky, but clearly Generation X has been there for the entire ride. Its influence has been crucial at every stage since the early 1980s.

This hypothesis has some holes. To begin, bust periods sometimes only look like busts because they follow such exceptional booms. When the business has lapsed, this might not have had to do with a core audience like Generation X leaving. It might have been due to less devoted, fair-weather fans losing what slight interest they had during some unusually successful run. Of course, it also discounts business, personnel, and creative changes within the industry and how these have influenced whether or not any fans of any generation would watch. A crucial relationship between Generation X and wrestling’s relative success still seems possible and plausible. Proving to extent the two are related would be fodder for lively (and welcomed) discussion. 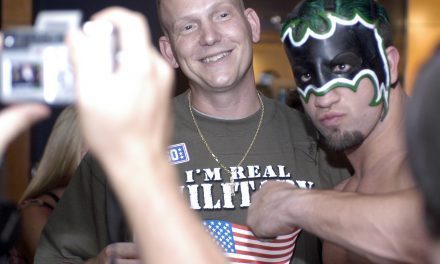 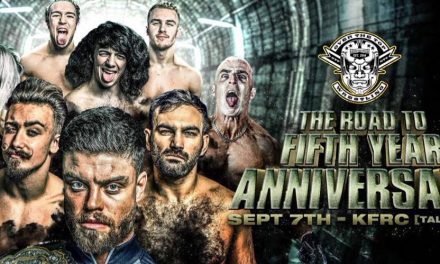 This Week in Independent Wrestling (September 2-8)