The unique thing about professional wrestling is that it is the only sport in the world that requires transformation on the part of the athlete. The professional wrestler must, on every show, shed his or her skin and become someone new. Windham Rotunda is just a guy. But when he steps through the curtain and becomes Bray Wyatt, he “becomes” Bray Wyatt. He changes how he talks, how he moves, how he thinks. The character, the wrestler, takes over. And when Bray Wyatt steps back through the curtain, he turns back into Windham Rotunda and awaits the next performance; the next moment of transformation.

Transformation in pro wrestling also occurs within the confines of the sport itself. Wrestlers change the characters that they portray to become a different character. Whereas in other sports like baseball or football where the transformation within the sport can only go so far as the team you play on or the position you play, pro wrestling allows the performer to change so much more.

These changes can be incredibly drastic or a bit more nuanced. Leo Kruger becoming Adam Rose was a rather stark change: He went from being a deranged hunter to a nonstop party machine. Meanwhile the difference between 1998 Undertaker and 1999 Ministry of Darkness Undertaker is slightly more subtle. The general idea of Undertaker as being a magical harbinger of darkness was pretty much intact; all that changed was that Ministry of Darkness Undertaker had turned the magical powers up to 11, altered his entrance music a little, and grew considerably more evil.

Transformation in professional wrestling can also be for the good or the bad. The Ringmaster becoming “Stone Cold” Steve Austin was for the good. Chavo Guerrero becoming Kerwin White was for the bad (even if it did introduce a bright-eyed kid by the name of Nick Nemeth to the collective consciousness):

Big or small, good or bad, transformations happen all the time in wrestling.

Tetsuya Naito, New Japan Pro Wrestling’s resident “Stardust Genius,” has undergone a transformation of his own in recent weeks. For the past few years, there really wasn’t a lot to Tetsuya Naito. He’s a great wrestler, but with the exception of widening his eye with his fingers, nothing else was going on character-wise.

Naito was stuck in a babyface malaise and the fans just couldn’t take hold. He won the 2013 G1 Climax, he won the NEVER Openweight Championship, but nothing could really help Naito garner the adoration of the New Japan audience. Their tepid response to Naito even prompted New Japan officials to establish a poll to determine which match would be the main event for Wrestle Kingdom 8, New Japan’s biggest show of the year: Tetsuya Naito challenging IWGP Heavyweight Champion Kazuchika Okada (the type of match that would normally be the main event) or Hiroshi Tanahashi challenging Shinsuke Nakamura for the IWGP Intercontinental Championship. The latter match won the poll.

It would seem that going into the summer of 2015, Naito would remain a rather mild flavor of salsa: a flavor that is enjoyable to eat, but lacks that definitive kick. And then it happened: Naito traveled to CMLL in Mexico for a short excursion and joined their heel stable Los Ingobernables (or The Ungovernables, for those of you not versed in the Spanish tongue).

When he returned from Mexico, Naito had certainly changed. He grew out his hair and facial hair, began wearing a Los Ingobernables hat and t-shirt, and adopted a brand new heel attitude. But heel Naito wasn’t carrying brass knuckles or stroking a cat. Instead he embraced something that is the antithesis of the New Japan spirit: Indifference.

Naito stopped giving a shit. He just stopped. Instead of trying to conform to New Japan and its fans to gain their love, he started doing things to the beat of his own drum. His entrances became longer and longer as he sauntered to the ring. He started wearing a chrome skull mask and full suit, which took forever to take off. He was in no rush to tag out his partners in tag matches or even help them when they were in danger of getting pinned; Naito would enter the ring, take a few steps towards his fallen partner, shrug his shoulders, turn around, and walk away.

It wasn’t that wins and losses stopped mattering to Naito. It was a matter of which wins and losses mattered. Naito obviously wanted to win this year’s G1 Climax, and he came close to doing it. But a random tag match on a house show? Why should he care if he loses that match?

The icing on the cake, though, was Naito’s new catchphrase “tranquilo” (Spanish for “calm,” “laid-back”). Whenever someone yelled at Naito for being such an annoying jackass, he would just tell them “tranquilo.” It certainly fits Naito’s new, indifferent personality, but it also ups the heel factor.

For guys like Tanahashi or Hirooki Goto, pro wrestling is everything. These guys have spent years training in the dojo and working as young lions. They’ve spent years building up a resume, wrestling match after match, winning and losing, suffering injuries, and fighting to be the best in the business. To them, puroresu is a life of pain that allows for brief, shining moments of glory. The New Japan ethos of serious pro wrestling lives through them. Naito knows this, he’s not stupid. He went through the exact same process himself. So when he ho-hums his way through a match and has the gall to tell the other wrestlers “tranquilo” for taking this so seriously, you can be damn sure that it’s going to strike a nerve. This is the kind of stuff that makes you care about what happens to Naito, especially if what happens to Naito is a swift kick to the teeth.

What makes Naito’s heel turn interesting on a larger scale is that New Japan now has a wildcard in its midst. The roster is essentially divided into various groups that are continually at war with one another: CHAOS, Bullet Club, Suzuki-gun, and what is unofficially known as the New Japan Army (basically everyone not associated with the three former stables). These warring groups are large in number, and no one man has stood out as a lone wolf… except now. Tetsuya Naito no longer considers himself to be a New Japan guy. Now he’s Los Ingobernables. He may team with New Japan Army guys, but he doesn’t care about them because they’re not Los Ingobernables like him.

And the result? Everyone hates Naito! He’s a man without a country, with his only friends thousands of miles away on another continent. Katsuyori Shibata, Togi Makabe, Takahashi, Goto, and everyone else want Naito’s head on a spike for being so disrespectful, yet Naito keeps dancing on this razorblade with nary a care in the world for the consequences. “Tranquilo,” he keeps saying.

Naito’s transformation has been a godsend. He went from being just another guy on the roster to one of its most entertaining. It’s a testament to the incredible effects that a transformation can have on a wrestler’s career and perception. Much like Michael Elgin’s G1 Climax run, many wrestling fans have felt that Naito’s heel turn has rejuvenated him in their eyes. His match against Shibata at September 27’s Destruction in Kobe should be highly entertaining to watch since one is a perfect foil for the other (the ultra-serious fighter Shibata vs. the indignant Naito). World Tag League should be fun as well, since it provides the perfect opportunity to bring in his Ingobernables stablemate La Sombra; the two have teamed up in the past for the annual tournament. Naito’s future certainly looks delectable. I know for sure that, win or lose, Naito will only have one thing to say to all his detractors: Tranquilo! 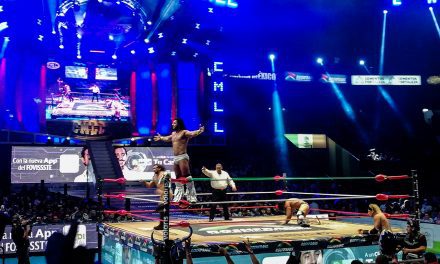 Masks and Topes: Experiencing the Passion of Arena Mexico 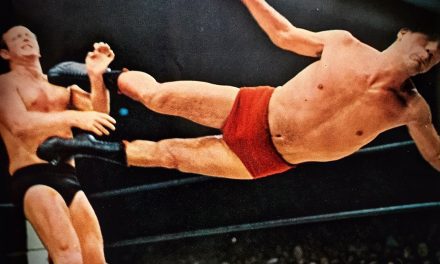 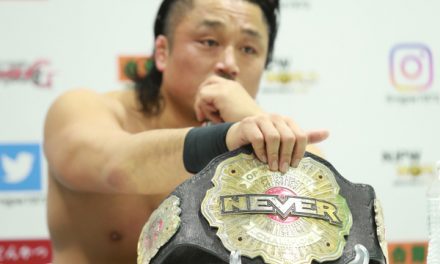