Hope that long layoff didn’t kill your buzz from a stellar NJPW G1 Climax 25 opening night in Hokkaido. If you haven’t seen Night 1 yet, get yourself on NJPW World and watch it now, alternatively you can check out our written and video coverage of the event.

With the layoff finally over, it’s time to talk about Night 2, the opening night for the B Block of the 25th G1 Climax. The show, emanating from Twin Messe Shizuoka, airs live on NJPW World at 5:30 a.m. EST for us in the United States, 18:30 in Japan. The live viewing does have a caveat though, it will not be a full-on production like Night 1 or many of the other live NJPW World airings. While there could be an issue in translation, Thursday morning’s show will be (as translated by Google): “the delivery of a fixed camera.”

For NJPW World veterans, you know this means, the one-camera shows from smaller arenas featuring no commentary, no close-ups — a bare-bones production. Below is an example of the camera shot from a previous single-cam show:

For some, myself included, it’s an easier watch as you can more easily focus on the action inside the ring. Others may be turned off by the lack of presentation. Regardless, this is the kickoff of the tournament for the B Block participants and, on paper, should be an above average show. Let’s break down the card and what you should look for in each of the matches. We’ll have coverage on the website including a review from Rob McCarron immediately following the show, discussions on our forums and, of course, the continuation of our G1 Climax 25 Pick’Em contest. 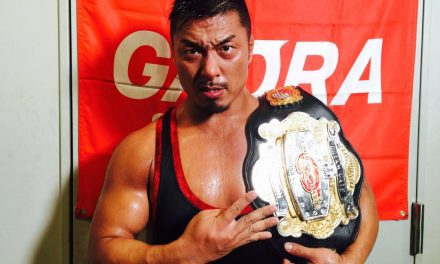