Since we last traveled in time to the WWE Thanksgiving Day Tradition the Mega Powers have exploded, Hulk Hogan began his acting career and Vince McMahon has been busy building the next big star for the company in Ultimate Warrior. Hulk Hogan successfully defeated Randy Savage for the WWE title at WrestleMania V in March of 1989. Hogan then spent the summer feuding with actor Tiny Lister aka “Zeus” who was the antagonist in Hogan’s on screen starring debut of the movie “No Holds Barred”. The WWE decided to bring the movie to the squared circle. In the midst of Hogan pursuing Hollywood, Vince McMahon decided to continue the ascension of Ultimate Warrior to superstardom to replace Hogan upon Hogan’s potential permanent departure to Hollywood from the WWE.

The third annual Survivor Series PPV saw some changes in the event. The traditional Survivor Series Tag Team Elimination matches have gone from 5 on 5 matches to 4 on 4 with the new addition of goofy themed names for each team.

Dusty Rhodes made his Survivor Series debut as the captain of his own team. This PPV was also the debut of Sapphire, who would eventually become the manager of Rhodes as she was seen in the crowd cheering on her favorite wrestler. Dusty was embroiled in a feud with the evil policeman, Big Boss Man, as Dusty was fighting for the “people”. During this match Bad News Brown walked out on his team for the second year in a row.  There wasn’t much to this match, but it was apparent how much of a charisma machine Dusty Rhodes was and how much he transcended the territories as he was massively over with this hot Chicago crowd. **3/4

Savage was crowned “King” after defeating Jim Duggan, who defeated King Haku. This led to Savage taking on a royalty gimmick with Sensational (now “Queen”) Sherri as his valet. This match took place during a part-time break up of the Hart Foundation as WWE was experimenting with Bret Hart as a singles wrestler. If you watch Bret Hart on his pre-match promo, and him jogging down to the ring with his 2×4 before this match, you will understand that with his awkward delivery Vince didn’t feel he was quite ready for the singles push.

What Bret Hart lacked in promo work he made up for in the ring as the highlights of this match were the in-ring exchanges between Hart and Savage. A feud between these two is something that is sorely missed from the annals of pro wrestling. ***¼

This match was centered around the movie “No Holds Barred” in which Hogan’s character “Rip” battles Zeus. This movie transcends film and, in an awkward occurrence, breaks the fourth wall and comes alive in a real pro wrestling ring. Zeus was portrayed by actor Tiny Lister, who was untrained as a professional wrestler. Zeus was largely protected to hide these obvious weaknesses. That was most apparent in this match by being eliminated less than four minutes into the match by disqualification after shoving a referee. This lead to WWE’s follow up PPV “No Holds Barred: The Match/The Movie” that showcased the movie and then a steel cage match between the team of Zeus and Randy Savage and the team of Hogan and Brutus Beefcake.

The other story of this match was the continuation of the feud that started at the previous year’s Survivor Series between Demolition and The Powers of Pain. This was another smoke and mirrors Hulk Hogan match that was built on crowd reactions and showmanship. If you dig Hulk Hogan you will enjoy this match, which is why I’m giving it ***½

Before this match Roddy Piper is scolding the Bushwhackers and Jimmy Snuka for eating giant turkey legs because Piper hired these savages for his team and wanted to keep them hungry for this match. This was built as a brawlers vs. technical wrestler’s match. Piper is widely known as a  great heel, but Piper was a great babyface as well. These late 80’s shows are just built around guys who know how to work crowds.  ***

Ultimate Warrior was given the main event spot due to Hogan seeking his Hollywood career. Warrior carried this role well and the crowd ate up everything he did. Andre the Giant was very much on the way out of his in-ring career, and he was eliminated early in the match. This was Arn Anderson’s last PPV appearance for the WWE before joining Tully Blanchard in heading back to the NWA.

For the second year in a row Ultimate Warrior is the sole survivor for his team as he is left in the ring with Bobby Heenan. The crowd was eating up every second of Warrior getting his hands on the Weasel.  ***1/4 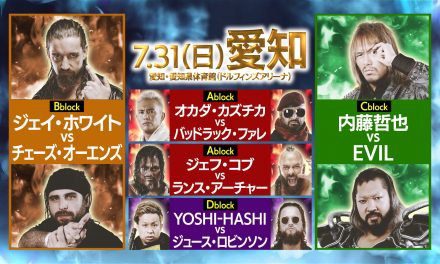 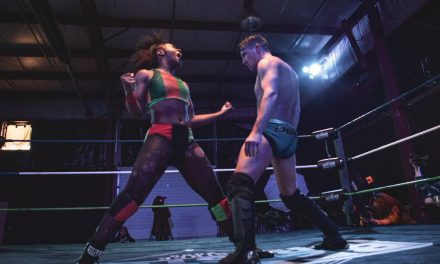