Who Is Next In Line for the ROH World Title?

Jay Lethal took rightful possession of the Ring of Honor World Championship at ROH’s Best in the World and about 30 seconds after that victory, the thought entered my mind: who should be the person to take the title from him?

I immediately thought I had my answer. But I doubted my instincts, thinking there had to be someone better positioned to be the next guy. And yet, as I considered it more over the next several days, I became convinced.

There is only one choice that makes sense.

I will spare you the suspense: the next Ring of Honor World Champion must be Moose. This is not an opinion piece. This is a call to action. Delirious must begin arranging the landscape of ROH for Moose’s ascension to number one contender and eventual champion.

Honestly, I believe the work has already begun. At Best in the World and in the television tapings that occurred the next night, the two Ring of Honor champions that preceded Jay Briscoe began to tease face turns. Adam Cole and The Kingdom appeared to be at odds, with Adam Cole spurning them to shake hands with their opponent after a Kingdom loss. For his part, Michael Elgin was clearly positioned as a babyface, despite the crowd’s lack of interest.

So what are the other options and why do they make me so sure that Moose is the best of them? Let’s walk through each realistic contender, from least likely to most likely to dethrone Jay Lethal:

While Ray Rowe was out with an injury, Hanson got a little singles push that resulted in him being in a four-way match for the championship at the 13th Anniversary show. Since Rowe returned, Hanson has largely been relegated to tags. However, on July 25, at the television tapings the night after Death Before Dishonor, Hanson is scheduled to get a shot at Jay Lethal. He is not considered a legitimate title threat and would be a spectacularly shocking choice to carry the belt.

I believe the original plan was to have Elgin be the one to end Briscoe’s long winning streak when ROH was instead forced to put the title on Briscoe due to Elgin’s visa issues. It seemed ROH was doing everything it could to build Elgin’s title reign and pinning Jay would’ve been a very large feather in his cap. Unfortunately, Elgin acted bizarrely on Twitter and failed to do what he needed to do to continue working in the United States. All of that together conspired to make the fans lose interest in him. Elgin has been coming out to silence for some time now. ROH did try to position Elgin as a babyface at the post-Best in the World TV tapings. That was likely part of the plan to create challengers for Jay Lethal. But the crowd did not care. It didn’t matter how many high spots Elgin hit or how well he sold the heel beatdown. Nobody cared. Putting the title back on Elgin now would be self-sabotage.

Roddy would actually seem to be a strong contender to become ROH World Champion. He’s in the middle of a really hot string of matches, which has critics constantly singing his praises. The main problem with Strong’s candidacy is that he gets the very first crack at Lethal. He is already scheduled to take a shot at the title at Death Before Dishonor on July 24. There is no way ROH will abandon this quickly the guy they let end Jay Briscoe’s nearly three year streak of not being pinned. And more importantly, Roderick Strong as ROH World Champion in 2015 does not move the needle. ROH is on national television now and needs to do everything in its power to expand its audience instead of going back to something that will always be there. Roddy and Lethal are likely to have a great match but Lethal will certainly retain.

The booking of the Briscoe/Lethal match was so impeccable that Briscoe was not harmed in any way by taking the clean pinfall. As a result, he is still extremely strong as a character. That fact makes it an even smarter move for ROH not to go with the tired rematch clause trope. There is no reason to go back to Briscoe, nor is there reason to hurt Briscoe by having him lose cleanly again. So they just move on and keep Briscoe away from the title picture. Jay would generally be more likely than the next guy on the list to become the next champion, but Jay is only the second guy ever to have two reigns as ROH World Champion. No one has ever had three. Unless the company gets in another position like it did with Michael Elgin, it is unlikely Jay Briscoe will be the first man to win ROH’s big prize for the third time.

I know this feels too high for A.J. He’s highly protected outside of New Japan because he’s in the IWGP Heavyweight Championship picture and he makes limited appearances for ROH. On the other hand, Styles just dropped the belt in NJPW and will likely be out of the title mix for the foreseeable future. He works nearly every ROH pay-per-view and, without considering price, I doubt it would take much work to get A.J. booked for the next day’s TV tapings in the same building. If they plan well enough, those tapings can be used to stretch out Styles’ appearances until he can show up live at the next PPV. And Styles is a hot property. His most recent IWGP run was a definite business success. He is probably the biggest draw on the indies, or second only to the Young Bucks. Putting him in a drawing position on ROH cards would almost certainly be a boon for business.

Cole was the hardest to place on this list. He hasn’t seemed all that special since his return from injury and has been buried under the weight of The Kingdom. He also has the same problem that Jay Briscoe has; he’s already been champion and would be only the third wrestler to have a second stint as ROH World Champion. Conversely, he is a very recent champion, and therefore a strong character. He has been, at times, one of the most over acts in the company. He has the charisma to carry the company. With all that in mind, ROH is pulling him away from The Kingdom and perhaps setting him up as another babyface challenger for Lethal. I buy him (once he is built back up a little more) as a credible champion and as a guy who can create some positive momentum for the company. On the whole, though, we’ve seen this before. I firmly believe it’s time for ROH to step out on the ledge and try to hit a home run.

Yes, I am well aware that Moose is still green but look back at where he was a year ago. This guy is capable of fast progress. He’s athletic, charismatic, and has the tools to be an above-average worker. ROH also used Best in the World to start a face turn for Moose. He needed to get away from Veda Scott. He needs to get on the mic and get over on his own. And if he can make the progress that I think he can over the next year, he is the ideal guy to put the title on. ROH wasn’t able to use Jay Briscoe’s win streak to make a new, young star. Jay Lethal became a bigger star, no doubt; he became a made man. But he can’t carry this company for the better part of the next decade. A guy like Moose, if he stays away from WWE, absolutely can. So now ROH has the chance to make good on the opportunity that WWE blew when it was unable to use Lesnar breaking The Undertaker’s WrestleMania streak to make Roman Reigns into a long-term top star. Jay Lethal can take the Briscoe win, stay very strong for a substantial period of time, and then make Moose into the kind of star that could catapult Ring of Honor.

My sense is that we are far away from Jay Lethal losing the ROH World Championship. Any of the guys on this list could be the one to take the title. But if ROH wants to use this opportunity to try to make an impact that could pay the biggest possible dividends, Moose is the only choice. 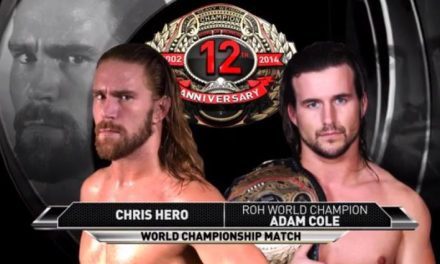 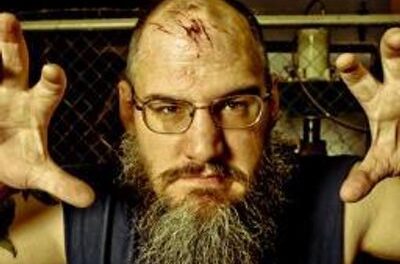