The show began with EC3 making his way to the ring accompanied by Tyrus. EC3 gloated about being World Heavyweight champion and the greatest wrestler alive. EC3 said Dixie has put EC3 in charge (in spite of being banned from wrestling operations after losing to Team MVP last year at Lockdown). EC3 will defend his title three times tonight. Matt Hardy interrupted him and said he belongs in the TNA World title picture, and wants to face EC3. EC3 declined, instead placing Hardy in a 2 on 1 Handicap match vs. Aries and Roode. It baffles me that they didn’t air this on TV. This promo should have been the mission statement for EC3 as champion. It should have been his defining moment gloating about how everything he said was true, how he conquered everybody including an Olympic Gold Medalist and how he’ll go undefeated for another 620 days and beyond and never lose the TNA Title. Instead it was basically a bland heel authority figure promo. Also this show is shaping up to be one of my least favourite wrestling tropes – the heel show takeover.

EC3 was on commentary. Aries and Roode jumped Hardy before the bell and worked over him for a while. Mathews, the babyface announcer, was fawning over EC3, the lead heel on the show. There were “technical difficulties” with EC3’s headset resulting in Pope giving him his. This was all Mathews could talk about while Matt Hardy was making his comeback. Matt took out Aries and Roode with a Bulldog/dropkick combo. Matt hit Roode with a Twist of Fate but ate a Roaring Elbow by Aries. Hardy escaped the Brainbuster and went to suplex Aries from the apron but Roode swept Hardy’s leg and held it down allowing Aries to pick up the win. There was pretty much nothing going on here, they had to fly through everything. They barely even had a chance to work an effective handicap match story considering how fast they had to go to Matt’s comeback. *1/2

The Rising were in the ring bemoaning the fact that they had to break up after like three months and a handful of matches together. Drew said it was an honour fighting, briefly, alongside Drake and Mica. Eli, who was on crutches after tweaking his knee last week, promised to show how much it meant to him that Drew brought him in the door. Drew went off on his usual “I Love Wrestling” promo. EC3 booked Drew in a 3 on 1 Handicap match vs. The Revolution. TNA have done a terrible job of presenting Drew as something special. Considering how much they were touting how WWE dropped the ball when he signed, they haven’t done any better.

One guess who’s taking the fall here. The Revolution beat up Galloway for a while. Drew fought back for a while before Khoya hit the Sky High and was about to pin Galloway before Abyss pulled him off, looking to get the winning fall himself. Galloway knocked Abyss and Khoya from the ring and pinned Manik after a flying big boot. Just like the first Handicap match, this was entirely pointless. Everything was rushed to the degree that they didn’t have a chance to work even the most basic story effectively. *

This was another EC3 booked match. The crowd were chanting “Angry Jesus” at Bram. Anderson hit the Green Bay Plunge followed by the Kenton Bomb before Bram hit Anderson with a chair to get disqualified. Well this was utterly pointless. Why even bother setting this up as a wrestling match when they just wanted Bram to attack Anderson? Just have Bram attack Anderson during his entrance. It avoids devaluing the very idea of wrestling matches, if they serve as nothing but a pretence for a post-match angle then why should anybody care about them. Bram forced TNA’s stage manager to drop Anderson’s microphone and Bram beat Anderson up with it. I HATE these kinds of shows.

Everything else on this show was so important that Jessie couldn’t get a ring entrance. Once again these guys could really have done with some promo time leading into this match because neither has had a real chance to fully define their characters since they split. And once again Slammiversary went unmentioned. Robbie cracked Jessie with a running trash can lid shot. Robbie pulled a Kendo stick from under the ring. Robbie suplex Jessie in from the ring apron Cesaro style, placed a trash can lid over Jessie’s private parts and nailed it with a Kendo stick. Robbie went for a plancha but Jessie sidestepped him and drove him into the ringpost. Jessie hit Robbie with a Buckle Bomb. Jessie missed with a Kendo stick and Robbie Russian Leg Sweeped him Tommy Dreamer style before Jessie cut him off with his great dropkick. Robbie threw Jessie into a trash can wedged in the corner and hit a reverse DDT on a chair but Jessie kicked out at two. Jessie powerbombed Robbie on two steel chairs but Robbie kicked out. Jessie trapped Robbie under a chair and locked on the Boston Crab over it for the submission win. Like the Storm/Magnus match at Slammiversary this would have been better off had it not been about just hitting each other with weapons but it was so nice to have something on this show that had nothing to do with EC3. This was easily the only good thing on this show so far.  **3/4

They aired part two of the Jarrett interview. Jarrett talked about wanting to bring promotions together (actually considering all the promotions he’s partnered with you’re not really seeing them being represented on his shows, maybe that’ll change with the TV taping) and how the King of the Mountain title will be the centrepiece of his promotion. Later in the show Jarrett talked about his favourite moments and people in TNA history.

Norv (Peter Avalon of PWG fame) was the first man EC3 beat all the way back at Bound For Glory 2013. I honestly really enjoyed Norv’s geek tag team with Dewey Barnes. They were lots of fun and then they disappeared. EC3 beat him with the One Percenter.

Give me a shell yeah! Shark Boy is here because it’s Shark Week on Discovery. That’s some quality corporate synergy for you. Remember that angle they did last year where they were mocking Shark Boy for being out of shape? EC3 squashed him with the One Percenter. Angle came out with his rematch contract which he is evoking later in the show. Nice to see them really get the most out of the Angle/EC3 rematch.

EC3 was back on commentary. Lashley spent the early stages trying to wear down Tyrus with submissions before Tyrus cut him off with a sidewalk slam. Lashley tried to get Tyrus up for a slam but Tyrus fell on him. Tyrus was looking for a Vader Bomb but Lashley cut him off and hit him with an impressive looking Electric Chair Drop followed by a Spear for the win. As a four minute Tyrus/Lashley match goes, this was perfectly fine and falls under my edict that every Lashley match should feature an impressive feat of strength. *3/4

I enjoy Rayne’s work. She’ll rarely blow you away but she is rock solid. Madison did her knee stomp thing and Velvet no sold it and came back with a series of kicks (she clearly has great fighting spirit) and won with a Stunner. Short, basic match like pretty much everything on this show. *

EC3 stalled early until Angle hiptossed him into the ring. Angle started unloading with six suplexes and locked on an Ankle Lock. EC3 struck the referee and then tapped out while in the Ankle Lock. A second referee came out and disqualified EC3 for striking the official. This was just stupid. Why emasculate EC3 on night one of his title reign? And why make a title match between two of the biggest names in the company seem worthless?

After the match EC3 introduced Dixie Carter. Dixie has realised the error of her ways. She realised she was a monster and so is EC3. She wants to make sure her mistakes are not repeated. She wants EC3 to defend the title using his skill and not his last name. Next week Dixie will appoint a new authority figure. In fairness to Dixie, she’s come along as a performer even if she has little place on TV. Reintroducing her and turning her face is likely just to get the ducks in a row for the TNA vs. GFW feud with Dixie and Jarrett representing each side.

Final Thoughts: This was the worst Impact of the year. I’ll never understand why companies repeatedly use the “Heels Book the Show” format because it always results in a terrible show. It’s the main reason Impact became insufferable in the first half of 2014. And yet here we are again, another show where a heel takes over and books all the matches and it was terrible. The only real redeeming quality was the decent Robbie E/Jessie match, literally everything else was worthless and rushed. And on top of that, they decided to dreadfully overexpose EC3 in his first show as champion to the degree that he became overbearing and then emasculated him in the Angle main event and the Dixie post match promo. I hated this show. 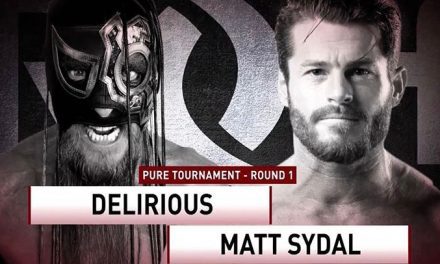 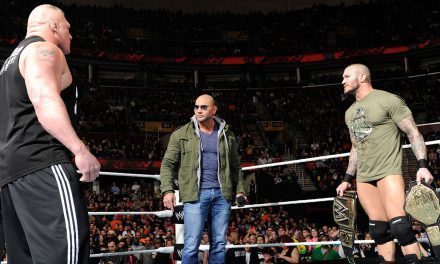