Submitting this a day early since I won’t be near a computer during the holiday weekend. Anything not covered here will be carried over to next week. Piper’s Pit apparently returns on the 6th. You’ve been warned. The podcast week in review, brought to you by Naturebox but seriously by our Amazon and WWEShop stores.

Talk n’ Shop #52 (6/27/15): I complained last week that the show’s 50th episode was fairly lackluster. They make up for it for their one year anniversary show with a special interview with Finn Balor (at the Performance Center!). Karl sits with his former stablemate and they chew the fat about driving & living on your own, Kevin Owens’ review of the show, returning to Japan, and the good old days in NJPW. A very fun show, and if you’re not a normal listener to Talk n’ Shop this is a good jumping on episode. THUMBS UP

MLW Radio #186 (6/28/15): If there was one downside to Konnan’s return, it was that it lacked any K-Dawg/MSL interation. Thankfully, that’s rectified here was we get the return of the Court/Konnan/MSL triumvirate. The trio discuss Brock’s booking on RAW, Lana’s chances as a babyface act, a lengthy breakdown of the Shamrock/Kimbo fight, King Mo’s prospects in wrestling, My Giant Life, and a fashion intervention, HBO television, Ring of Honor, Lucha Underground, and more. Court drops some hints that the ROH/Destination America wasn’t in the works as long as we had been lead to believe. The only sour note is the continued hammering of the Yeti jokes into the ground, which remains enormously unfunny. THUMBS UP

Human Podcast Machine #30 (6/29/15): Taz chats with longtime friend and peer Tommy Dreamer. They talk about first impressions of each other, old road stories from back in the day, getting into and getting over in ECW, Dreamer’s House of Hardcore promotion and their deal with the Fight Network, Dreamer’s “feud” with Bully Ray, training wrestlers, and a lot more. Dreamer is usually a very good guest and he and Taz have great chemistry poking fun at each other. THUMBS UP

Steve Austin Show #233 (6/30/15): Steve sits down with his brothers Jeff and Kevin. Jeff was on way back on episode #182, so Kevin does most of the talking. He details his time in the Coast Guard, working security, guns, beer, bull riding, and the like. The Coast Guard stuff was actually fairly interesting (I got a good laugh at “Seaman Stains”), but the rest isn’t captivating. And how do they not discuss what it’s like to be the brother of one of the biggest wrestling stars of all time? THUMBS IN THE MIDDLE

WOOOOO ™Nation #9 (6/30/15) “The Total Package” Lex Luger is the guest as Flair continues to have his former rivals on the show. Ric, Conrad and Lex discuss big spending, his spinal cord injury in 2008, the state of Ricky Steamboat, cranberry and vodkas, wrestling for an hour their first time in the ring, heel crowds, blading, Jim Herd, Arn Anderson: funnyman, and a lot more. Lex sounds like the happiest man in the world and can’t talk enough wrestling. I think Flair’s more conversational/storytelling approach works a lot better than the more chronological interview style of someone like Chris Jericho, and this is easily the best podcast going. THUMBS UP & BEST OF THE WEEK

The Ross Report #72 (6/30/15): Mike Tenay is the guest this week, and as Ross notes, it’s the first time the two have broadcasted together. The whole show is basically about old school wrestling, with Tenay reminiscing about growing up on California wrestling, his old newsletter, working in the gambling business, a great story about a fan using a license plate to figure out who the Destroyer was, how he got his old wrestling radio show, and getting his WCW break with the When Worlds Collide show. Ross adds some thoughts on the passing of Buddy Landel. Tenay is a great guest and I can’t wait for part 2. <Tenay’s interview starts at 19:52> THUMBS UP

Talk is Jericho #160 (7/1/15): Chris Jericho interviews Scott Baio – podcast or SNL skit? It’s the former, as Y2J chats with the longtime television star about Happy Days, Zapped, Charles in Charge, reality TV, being a teen heartthrob, independent films, and more. Baio marking out for Jericho’s dad playing for the Rangers is pretty funny. If you’re not familiar with Baio’s oeuvre, you likely won’t get a lot out of this, but he comes across as a likeable guy and this is a fun show. <Baio’s interview at 17:34> THUMBS UP

Art of Wrestling #257 (7/2/15): British wrestler James Mason is the guest this week. He talks about being a young veteran (20+ years while still in his mid-30’s), working shows with Big Daddy, the book The Wrestler, working in TNA, touring with Michinoku Pro, and his approach to today’s style of wrestling. Mason has some good stories, but the show is fairly dry overall. THUMBS IN THE MIDDLE

Steve Austin – Unleashed #234 (7/2/15): TED FOWLER 361 is back as he and Steve talk buttermilk, Tupac, radar detectors, donuts, technology, rotisserie chicken, farts, Uber facts, and more. This may have been somewhat palatable as a shorter show, but at a mammoth 100 minutes it’s a slog to get through. THUMBS DOWN

The Jim Cornette Experience #83 (7/2/15): No guest this week as Jim and Alice return after a one week hiatus. Jim opens his return show with a few stories about Buddy Landel’s driving mishaps, Kenny Bolin’s health status, and his adventures at the New England Fan Fest. Non-wrestling talk includes gay marriage, Donald Trump, Rand Paul, and Charleston. Cornette actually sticks up for the Confederate flag, amazingly, and things between him and Alice actually get pretty heated at the end. The beginning and end of the show are interesting, the middle, much less so. THUMBS IN THE MIDDLE 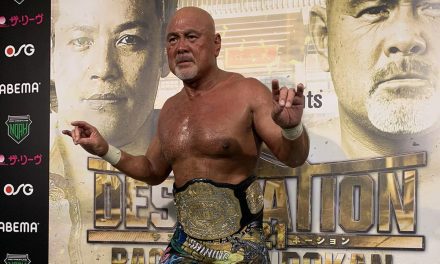 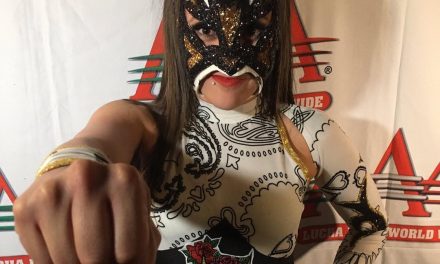 Why You Need To Be Watching New Japan 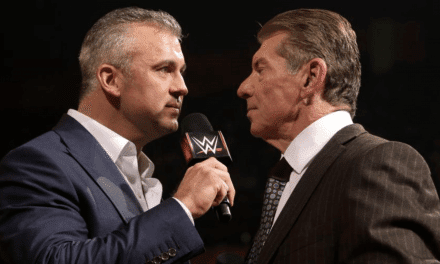