Dragon Gate has had a year of stability. The Open the Dream Gate Championship changed hands five times from July 2013 to July 2014, before finally landed around the waist of BxB Hulk. Hulk held onto that title for 11 months before losing it on June 14 to Dragon Gate veteran Masato Yoshino.

Unlike last year, fighting within units has nearly ceased to exist this year, when we saw problems mounting within The Jimmyz, Mad Blankey, and Monster Express. The stable route that Dragon Gate has taken this year comes to an end as things are drastically shaken up for The GENERATION GATE!

Yoshino is forced to realign with his longtime tag partner Naruki Doi, as well as YAMATO, as that unit battles CIMA and his friends from America: Ricochet and Matt Sydal.. The Current Generation (BxB Hulk, Shingo Takagi, and Akira Tozawa) put differences aside as they battle The New Generation of T-Hawk, Eita, and Big R Shimizu.

Things are heating up as Dragon Gate heads into its biggest show of the year, their summer spectacular Kobe World.


Mike Sydal is back after being away from Dragon Gate for nearly two years and he’s bringing a yoga mat with him to the ring. The Sydal family is a wacky one. This match was a ton of fun and it was mostly because Yosuke Santa Maria adopted a ponytail for this evening, which I highly approve of. If you can get by the usual “Dragon Gate tropes” like Gamma spanking Kotoka or Yosuke breaking up a Muta Lock with a kiss then I’m sure you will enjoy this. ***

It was at Dragon Gate’s Korakuen Hall show last July (Rainbow Gate) that Punch Tominaga was born. He was no longer some young boy, he was Punch — a badass with a punch perm! He rode that momentum in a big way pinning CIMA a month later.

Fast forward to today, a year later, and he’s working a comedy match with Don Fujii and taking the fall! Keep in mind that Mondai Ryu, who is basically employed to throw salt and take falls, was protected in this one. The perm has officially lost its power. A nothing match that Punch’s fan base is going to need to recover from. **1/2

This match featured three of my favorite Dragon Gate wrestlers (hint: Cyber Kong is not one of them) so it gets an automatic thumbs up from me. K-Ness has doubled his coolness with Mid-Breath sponsored gear. This match was really good with K-Ness and Kong working over Shisa for a long time before Kid was able to put a stop to it. Shisa was quickly the victim of more offense, though, which led to him taking the fall. Cyber Kong did his part to stay entertaining in this, including a spot where he absolutely sqaushed Dragon Kid with an elbow drop. A really enjoyable undercard match. I hope K-Ness can get some sort of a push now that he’s turned his back on his fellow old men and is staying with Mad Blankey. ***1/4

The best match on the card up to this point. What started off as a wacky Dragon Gate bout with Kzy dancing and The Jimmyz attacking people with their yellow band quickly turned “Real” as Susumu and Mochizuki beat the crap out of each other. These two have such special chemistry and always seem to bring the best out of each other. Horiguchi and Kzy brought out an interesting dynamic because both guys are such massive underdogs. Kzy gets the win, clean, which will hopefully be the start of him getting back on track. He was really winning me over with his Brave Gate run. Two thumbs up. ***3/4

Coming back from intermission it was announced that BxB Hulk and Big R Shimizu will be taking on Shingo Takagi and Masato Tanaka at Kobe World. Get hyped!

This match was something else. This Ricochet…WHERE HAS THIS RICOCHET BEEN? He came up with a spring in his step and the Korakuen crowd seemed overjoyed to have him back.

Ricochet stood out as the star in this. He was on another planet of greatness. His timing was great, his offense was outstanding, and his charisma, something that he hasn’t been able to show for most of the past year by being under a mask, was back. This match had a really special atmosphere with all six men getting a separate entrance. That’s one of those things about Puro that is so special. This match doesn’t get the same reaction it does if K-Ness and Cyber Kong get solo entrances earlier in the night. This was presented as a big deal and the crowd responded to it as such. This is one of my favorite Dragon Gate matches this year, up there with Tozawa vs. Kzy and Tozawa vs. Shingo. Seeing SpeedMuscle reunite at times to go along with Sydal and Ricochet teaming up for the first time ever in this company was an absolute treat. I can’t say enough good things about this match. If you like the Dragon Gate style, you need to watch this as soon as possible. ****1/2

Post-match, Doi shakes Yoshino’s hand and tells YAMATO to do the same. YAMATO is reluctant, but eventually does. After he does, Doi and YAMATO turn on him. Yoshino, you’re the Dream Gate Champion — stop falling for Naruki Doi’s traps, you goof! Regardless, this match was a spectacle and one that everyone should go out of their way to see.

Much like the prior match, this had a “big match feel”. Hulk, Takagi, and Tozawa have been atop the promotion for some time now and T-Hawk, Eita, and Big R have been slowly climbing up the ranks. T-Hawk and Eita have the biggest matches of their lives in a few weeks at Kobe World, and you could make a case that Big R is also in his highest profile match ever. This was a great preview for Kobe World and a great look at the rising stars of Dragon Gate. Tozawa and Eita got a lot of time to go face-to-face and their interactions have me incredibly excited for their singles match in a few weeks. Takagi and one-half of his Kobe World opponents, Big R, bullied each other in and out of the ring the entire match.

The cockiness of Big R is in for a treat when he gets a taste of Masato Tanaka’s elbows. Hulk appeared to have hurt his shoulder early on, so he was a non-factor for most of this. T-Hawk shined throughout the match, but with the lack of Hulk, he seemed out of place here. This match was a step below the prior six-man, but still a tremendous match that the Korakuen crowd was completely behind. Takagi put Big R down with a MADE in JAPAN, giving him the edge before he heads into Kobe World. ****1/4

After the match, all hell broke loose (verbally). Takagi ripped Big R a new one after his pinfall victory, which led to Hulk (Takagi’s partner in the match, but also his longtime rival and Big R’s unit mate) stepping in between the two. Takagi got in Hulk’s face, which led to the two exchanging blows before Tozawa and Takagi left in a huff. Mad Blankey came out and The Jimmyz soon followed (with boxes — don’t ask me why) which led to Doi and YAMATO taking the Millennials to task. After what appeared to be some wicked banter from Doi, a huge nine-man match was set for SCANDAL GATE in Korakuen next month:

Unit Disbands 3 vs. 3 vs. 3 Elimination Match. MAD BLANKEY vs. Millennials vs. Jimmyz. All members must be pinned or submitted. #DragonGate

So much for stability! Unit shakeups are coming next month!

Final Thoughts: A giant thumbs up from me. The undercard went by in an hour. The last two matches of the first half delivered and the second half produced two of the best matches the company has seen this year. Ricochet and Sydal have been welcomed back by the Dragon Gate faithful and I expect them to produce a HOOT of a match at Kobe World. Dragon Gate failed once before with their Battle of Generations angle, but if they plan on doing that again, they certainly kicked things off on the right foot. This show cranked up my excitement levels for Kobe World and that’s exactly what it was supposed to do. Go watch this show as soon as you can. 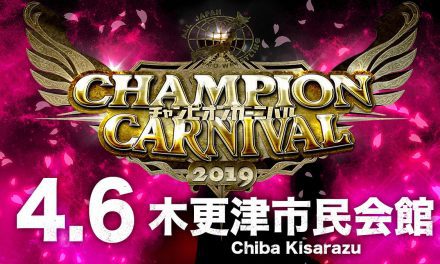 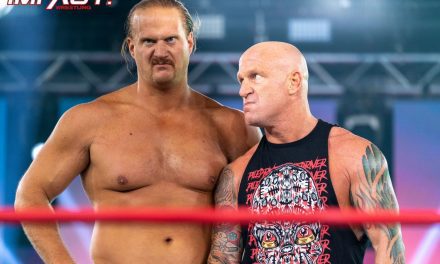