Last Monday, independent wrestler Josh Alexander released a blog post announcing that he was leaving the squared circle due to a neck injury:

“In the week leading up to DDT, I’d finally got the MRI I was waiting for. The morning of June 3rd I got the results. Safe to say I had to sit down when I got the news. I was told that I  pretty much have either a bulging, or herniated disk at every level in my neck. I also have an impingement so severe, that my left arm has now completely atrophied. My neurosurgeon told me surgery was my only option. They have to now do another two level fusion… It’s the only way to relieve the constant pain, and halt any more extreme symptoms. So July 23rd 2015 I’m set to have my second neck surgery in less than a year.”

The announcement was a complete shock to many, including myself. Alexander was among the names mentioned when discussion turned to wrestlers poised to break out on the independent scene in 2015. The first half of the year certainly supported that speculation.

In February, Alexander won AIW’s Absolute Championship. Along with longtime tag partner Ethan Page, he made his PWG debut earlier this year and by all reports killed it in Reseda.

Last month, in the biggest win of his career, Alexander won the AAW Heavyweight Championship and beat indie legend and current NXT member Samoa Joe clean in the middle of the ring.

All that momentum was going to propel Alexander to a point where he was work was going to be widely seen and that is the real cruelty of the situation. So many wrestling fans will miss out on watching a true talent. They owe it to themselves to seek out the Alexander’s impressive body of work.

There are many places one can begin to sample Alexander’s wrestling. Personally, I think that his work in AIW and AAW this year is the best example of what made him such a complete performer. As I mentioned earlier, Alexander is the champion of both companies but his road to those titles were very different as was his character work in each chase. The versatility Alexander displayed as a performer in his duel title quests truly is what made him such a special performer.

In 2013, Alexander hit Absolute Intense Wrestling like a tornado. He started an undefeated streak that ended that summer against Michael Elgin. His feud against Elgin would become the bedrock that his AIW run would be built on.

Twice, Elgin and Alexander battled in Cleveland in hard hitting wars that stretched out to time limit draws. Alexander demonstrated tremendous character in both matches by not taking short cuts and not making excuses when he could not defeat Elgin. The feud was schedule to be settled in December 2013 in a two-out-of-three falls match. Alexander was not able to make the booking and the contest was postponed. Elgin won Absolute Championship at the event and went on a six month path of destruction. Alexander was not heard from in AIW for majority of Elgin’s reign.

Alexander returned in 2014 at the end of the biggest AIW show of the year, Absolution, to challenge Elgin to a title match and to end their feud once and for all. Unfortunately, that match never happened. Eglin did not make the next show. So, Alexander was booked to face Tim Donst for the number one contendership. Their match went to a draw and as a result both men were awarded a title shot.

One month later Elgin, Alexander and Donst dueled to an hour draw. All three men agreed to rematch later in the weekend. Then Elgin infamously was held in Canada due to visa issues and had to forfeit his belt. The scheduled triple threat became a one on one duel between Donst and Alexander with Donst coming out on top.

As 2014 ended, Alexander was a man clad in failure. He never was not able to settle the rivalry with Elgin. He never got his promised one-on-one title match against Elgin either. When he finally did get his title match, he lost. Clearly things needed to change for Josh Alexander in AIW.

In February, Alexander got a shot at redemption when Donst was forced to vacate the Absolute Championship due his diagnosis with cancer. A four-way was booked between Ricky Shane Page, Ethan Page, Eddie Kingston and Alexander for the vacant title. In the closing moments of the match it looked like hometown favorite Ricky Shane Page was going to capture the prize but in a shocking twist Veda Scott threw powder in Ricky Shane Page’s face. The distraction gave Alexander an opening to put RSP away to finally win the prize that long had alluded him.

The win marked the start of a rapid departure from the proud competitor that AIW fans fell in love with. In his place was a champion who ranted about how the company did not appreciate him and ran down RSP at every opportunity. His title defenses became farces — against Dick Justice, a wrestler Alexander outclassed in every department, he had to resort to a chair shot to retain.

Alexander plays his role as a “chicken shit” champion well. The change in his character made sense too. After repeated failures he doubted his abilities and lost faith in himself. Hence why he feels the need to cheat to keep his belt. The one aspect of his act that I find refreshing is how his partnership with Veda Scott is presented. She is not portrayed as a twisted love interest or a temptress. Scott was another disgruntled wrestler who did not feel appreciated and found a kindred soul in the big Canadian. Their paring was one of equals, albeit one sealed with bitterness.

The path Alexander took to the AAW Heavyweight Championship is a total contrast from his AIW journey.

Alexander has spent most of his time with the Chicago-based promotion tagging with the motor-mouthed Ethan Page as the Monster Mafia. The duo were given a tremendous opportunity in December 2014 when they faced off against Jimmy Jacobs and AAW Heavyweight Champion Eddie Kingston. The end result was Alexander pinning the champ after his signature Spinning Tombstone.

Beating Kingston was a very big deal. Kingston rarely tasted defeat since he arrived in AAW. The former CHIKARA Grand Champion had also demonstrated the ability to comeback and seize victory after taking a tremendous beating. So, a nice reward went Alexander’s way, a title shot.

At January’s AAW event, Josh Alexander received his shot at the gold. He threw everything he had at the burly New York native. It was not enough and Kingston rallied for yet another successful title defense.

Instead of complaining about the loss Alexander did something novel, he went to work. On the next two AAW shows he wrestled high profile opponents, Ricochet and Johnny Gargano, defeating both. Only then did Alexander make a demand, only he did not request a title shot. Alexander asked for a match against Samoa Joe.

In April, the Samoan violence machine came to Chicago to pay Alexander a visit. Again Alexander gave the battle his all but in the end Joe put him down for the count. Alexander’s effort would not go unnoticed. The next show’s main event would be a three-way for the title between Kingston, Joe and Alexander. The match was a great main event and ended with Alexander overcoming his past failures to capture the strap.

Alexander realized in story line that if he wanted to beat the best than he had to take on the best AAW would offer. He chose to roll his sleeves up and work his way back up the ladder. Each opponent was tougher than the next but at the end of the road his work paid off. As a result he was presented as a competitor willing to go the extra mile to become a champion.

What do these two title chases reveal about Alexander as a performer?

I’ve always been of the opinion that great wrestlers know when to diversify their act to avoid getting stale. Alexander is skilled enough that he would get bookings and pushes even without good character work. His dedication to adding multiple layers to his gimmick is what puts him in the same league as the best the independents have to offer.

We might never know how good Josh Alexander could have become but speculating on that is not fair to him. The man is leaving behind a career that deserves to be celebrated. Check out his two title chases or seek out his work in PWG, SMASH Wrestling, or A-1 Wrestling to join in the celebration of one of the best indie careers of the 2010s. 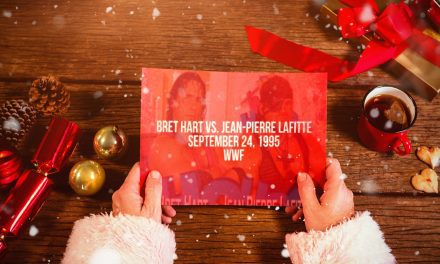 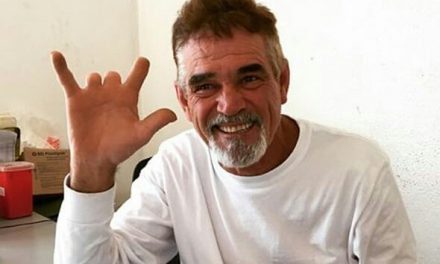 Those Who Live Inside the Ring: The Death of Mocho Cota 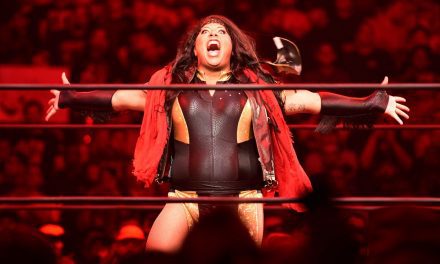