No Piper show this week. Oh well. The podcast week in review, brought to you by ScoreBig, but also seriously by Voices of Wrestling’s Amazon and WWEShop stores.

Talk n’ Shop #50 (6/12/15): Fresh off the first Wrestlemerica television taping, Doc talks to Kevin Gill (voice of Insane Clown Posse’s Juggalo Championship Wrestling) & Jake Davis (Doc’s wrestling friend). What follows is a half hour of fairly uninteresting talk, including long dissertations on the ICP and hardcore wrestling. One of the series’ lesser outings and a disappointing 50th episode. THUMBS DOWN

MLW Radio #184 (6/13/15): A different kind of show from the usual, as the first 55 minutes is Court recounting his history with Dusty Rhodes, from booking him as talent to their time working on the creative team in the WWE. It’s filled with fun personal anecdotes and presents a different side of the Dream than all the other retrospectives. There’s also an understandably half-hearted attempt from Court and MSL at discussing current events, but the first part of the show is the one you should focus on. THUMBS UP

Steve Austin Show #229 (6/16/15): A whole show dedicated to Dusty Rhodes. First up, solo Steve retells the story of his early days in the business and how big a hand Dusty had in that, from inspiring him to get into the business to Dusty recruiting him to join WCW. Then Jim Ross joins Steve for some more insight into Dusty’s promos and in-ring work (and a story of Dusty getting JR heat by putting him over). A very fitting tribute. THUMBS UP

WOOOOO ™Nation #7 (6/16/15)Ric and Conrad talk about Dusty Rhodes to start the show, and then they’re joined by David Crockett. They talk about David being in the same plane crash as Ric, his short stint as a wrestler, being at the Annual NWA meetings, what it took to put together television, making amends with Dusty Rhodes, and a lot more. I’m not sure if the connection was bad or David was just absent minded, but he seemed to drift in and out on some of his responses. Thankfully, Ric and Conrad keep things moving. A must for old-school fans. THUMBS UP

The Ross Report #70 (6/16/15): If you can’t get enough of hearing Bryan Alvarez on a podcast, he’s Ross’ guest on this week’s show. They spend a surprisingly short amount of time on Dusty Rhodes, and then break down the Money in the Bank PPV, and also discuss WWE booking possibilities, ROH, & TNA. Alvarez is very good at radio, but Ross just falls back into saying all his usual complaints (back to ragging on ROH’s production, really?), which knocks the interview down a notch. <Alvarez’s interview starts at 10:44> THUMBS IN THE MIDDLE

Talk is Jericho #152 (6/17/15): Jericho pays brief tribute to Dusty Rhodes, then sits down with Vanilla Ice. The first chunk of the interview is about Ice’s television show and the realities of real estate and house flipping (Vanilla discussing tax liens is something else). The back half of the interview is about his rap career, the everlasting power of “Ice Ice Baby,” getting sued by Queen, his other reality show endeavors, working with Adam Sandler, and his outlook on life. Vanilla comes across as a smart, contented fellow who’s not afraid to poke fun at himself, and this is a fine interview. THUMBS UP

Bauer & Pollock (6/17/15): B&P spend the first 10 minutes discussing the Pan Am games and bad sports team names. They then discuss Bellator’s upcoming big show, Dusty Rhodes (asking the pertinent question of who will replace him in developmental), Chyna’s publicity stunt, TNA booking woes, Global Force Wrestling’s first shows, NJPW Dominion and New Japan’s future on U.S. PPV, a convention using Dusty Rhodes to sell tickets, MMA legalization in NY and more. Skip the first 10 minutes and you get some scoops, including a TNA wrestler’s interaction with Dixie Carter. THUMBS UP

Art of Wrestling #255 (6/18/15): Colt talks to the former Justin Gabriel, “Darewolf” PJ Black. People expecting any tales of the WWE or his leaving will be disappointed, as it’s only briefly mentioned at the end. Instead, they talk about his famous wrestling father, the allure of South Africa, and wrestling while being a full time student. But it all takes a turn when PJ goes into the harrowing story of seeing his father shot and killed, and leaving his homeland to go to Europe for 4 years. The story picks up a bit as he discusses rediscovering wrestling and getting into the WWE, but the story about his father’s death is absolutely compelling radio. THUMBS UP & BEST OF THE WEEK

Steve Austin – Unleashed #230 (6/18/15):Another mailbag show, this one clocking in at 2 hours (Austin is apparently too busy to have guests or watch PPV’s, but he can do 115 minutes of audio no problem). I was going to write this one off, but Austin tells this amazing story of moonwalking in his shower, getting stuck, and having to call 911. I have no idea what’s exaggerated (hopefully the part about the shower stick) or if he just made the whole thing up, but it sure is entertaining. The rest of the show is the usual mailbag fare, with a lot of repetition from prior shows. THUMBS IN THE MIDDLE

The Jim Cornette Experience #82 (6/18/15): James J. Dillon joins Jim and Alice to naturally talk about the life and times of Dusty Rhodes. Considering how closely both worked with Dusty, they offer a vital viewpoint about the wrestler and more importantly, the man. Dillon breaks down at one point talking about reconciling with Rhodes a few years ago and it’s heartbreaking. Alice, to her credit, stays out of the way of a great show. THUMBS UP

Human Podcast Machine #29 (6/19/15): Another fantasy draft show, as Taz, Tenay, and Seth count down their top ten crazy gimmicks. Of course, for Taz this means wrestlers who act insane, and for Tenay it means outlandish gimmicks. Of course, the disconnect makes for some fun banter back and forth. And as usual, Seth takes a beating. The rate podcast that features discussions about Milano Collection AT and The Missing Link. THUMBS UP

Talk is Jericho #153 (6/19/15): Jericho sits down with the WWE’s Renee Young at MSG. They talk about Renee taking classes to lose her Canadian accent, interviewing the Rolling Stones, changing her name, Canadian television, getting hit on by Dave Foley, getting hired by the WWE working and doing commentary and pre-shows, and a lot more. Renee is a lot of fun and this is a breezy conversation. Just skip Jericho’s “put down your phone and live life” monologue at the start. <Young’s interview starts at 14:14> THUMBS UP 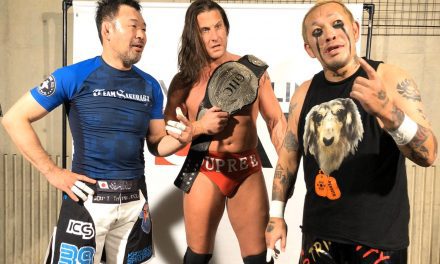 Exclusive Details on NOAH Booking Change, NOSAWA Rongai Ousted, Who Is Taking Over ($) 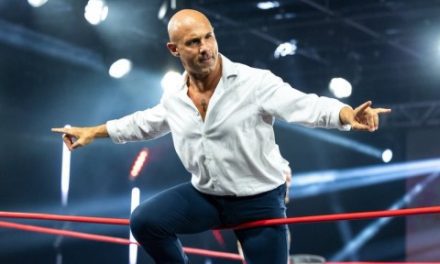