Oh hey, I’m back! You may have noticed there was a noticeably absent Lucha Underground review from the site last week. I needed a desperate recharge of the batteries and ended up picking the perfect week to not do a review, because after going back and watching last week’s episode, I was less than impressed. Yeah, the four way match was good and all but everything else was just, bleh. Drago won and will face the Lucha Underground champ on the Ultima Lucha season finale. I do enjoy seeing the Disciples of Death being pushed as a strong trios team though to challenge Ivelisse/Son of Havoc/Angelico. Anyway, I picked a hell of an episode to come back to, as this is the Prince Puma/Johnny Mundo all episode long Iron Man match. This is a match type we haven’t seen on free TV in years. Vince Jr. probably feels his audience in particular wouldn’t have the time span to sit through all that action in an hour, yet instead he fills three hours every Monday with ludicrous segments, squash matches that mean nothing and runs an unnecessarily long ladder match on a “special event” that “tells a story.” Lucha Underground once again is throwing caution to the wind and trying something different and I’m looking forward to the result here.

The show wastes no time getting into this All Night Long contest. No crazy vignettes, cutscenes, etc. Right into the pro wrestling. This new aggressive attitude from Mundo was able to coerce Cueto into giving him this title match against Puma. They went head to head on the first episode ever, so it’s only fitting that they face off for the whole episode with the title on the line. The number one and number two of this show. Mundo is sick of being that number two and desperately wants the title and that number one spot to feed his ego.

What we saw of the televised first fall was typical of these two. Outside dives from the both of them, sound matwork. Puma ended up catching Mundo out of nowhere with a roll up for the first fall, 1-0 Puma. The next fall was interesting. Mundo started working Puma’s arm a lot, and went for quick pins to try and smother the champ. Mundo went up top for The End of the World, Puma pulled his leg down but Mundo was able to bridge over Puma and grab the ropes (which the ref somehow didn’t see of course) in order to tie this thing up at one.

The old Mundo wouldn’t have done this, but this desperate, angry Mundo would. Johnny was brilliantly trying to call a time out on the outside right before the commercial break to get some more heat. Back from break, the fight spilled to the outside when Puma hurricanrana-ed Mundo from the top rope. Mundo grabbed weapons from under the ring including a wooden crate. Puma proceeded to put Mundo through the said crate to a huge reaction. Mundo responded by absolutely crushing him with a crowbar to the head. This gave Mundo the 2-1 lead unsurprisingly. Mundo wastes no time and hits Moonlight Drive on Puma here for the 3-1 lead! This is quickly getting out of hand for Puma while Mundo is bloodthirsty for being the top guy somewhere, anywhere. He then hits a springboard kick AND End of the World to go up 4-1. Oh boy, I think I see where this is going though. This is classic babyface comeback territory here.

Of course, cocky heel Mundo goes over and demands a drink of water and burns some clock with the commanding lead. Meanwhile, Marty Elias is trying to make sure Puma isn’t dead. Mundo makes a huge mistake and clocks Puma with the water bottle which probably woke him up. Puma showed signs of life, but Mundo quickly stopped it with a neckbreaker on the apron, good lord. Puma just can’t get out of the gate against the aggressive Mundo, who now grabs a ladder that he clocks Puma with. Then the tables come into play. Meanwhile, Puma is playing babyface in peril so well, selling wonderfully the absolute punishment Mundo has given him throughout. The fight ended up spilling into the stands where Puma started making his comeback. He adds two more tables to the equation. Mundo kicked Puma off the railing and used the ladder to get to the platform the band plays on, grabs a mic and tells everyone to look at the scoreboard and the band to start playing a song. This is the most personality I’ve ever seen this guy exhibit and it’s absolute gold; what an excellent way to try and waste that clock. Puma made his way back up there and hit Mundo with the guitar and speared him off the platform through the four tables below. Puma had to drag that dead weight back to the ring to make it 4-2. Puma didn’t make it look easy either, it was a struggle.

Puma just laid into Mundo with a huge flurry finished by a spinout, sitout bomb to make it 4-3. Mundo did the smart thing and started running away through the crowd since there are no count outs here, even using Vampiro and Striker as roadblocks. Puma missed a phoenix splash that would have tied it and Mundo started running again. But here comes El Patron to blindside Mundo, kick him down the stairs and leave him as easy prey for Puma. He quickly tied it at four. Patron cuts a promo saying that he’s still far from even with Mundo and regardless of who walks out with the title, he’ll be coming for it. The last fall between these two was a war, with time winding down under 5 minutes.

They both pulled out every pinning combo, every move of offense they had left. Finally, Mundo crashed and burned on an End of the World attempt, and with time at about 13 seconds, Puma hit the 630 splash to take the 5-4 lead, coming all the way back from being down 4-1 to win. My rating for this might surprise some, but I’ll explain. ***1/2

Final Thoughts: See, here’s my issue with this thing. Yes, Puma plays a great babyface in trouble. Mundo did a great job playing up the antics and being the cocky heel who tried to run out the clock when he had the commanding lead that he obtained via the weaponry. And some of the spots were fantastic. But how many times have we seen this babyface comeback story before, against all odds type of deal? Whether it’s a three on one handicap match, or something like this you’ve become preconditioned as a wrestling fan to start wondering when that comeback happens and the babyface is going to beat the odds and destroy all the heels. That’s what happened here for me. My investment in this match actually went down a lot once it got to 4-1 because I saw this coming from a mile away. As a result, I was not taken on some emotional rollercoaster ride as this show can do to me at times. They instead pulled out the oldest trope in the book and didn’t really put a neat spin on it. Let alone that I thought the Patron interference ended up making Puma look worse and really gave this finish away. This was just so underwhelming for me when I expected so much more from these two and Lucha Underground. It’s clear Patron will be a very big part of the title picture in the near future though. 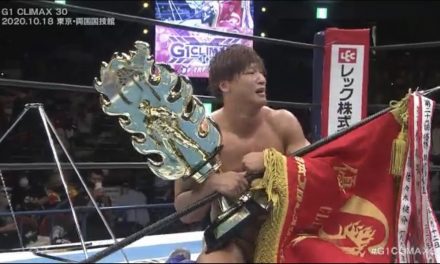 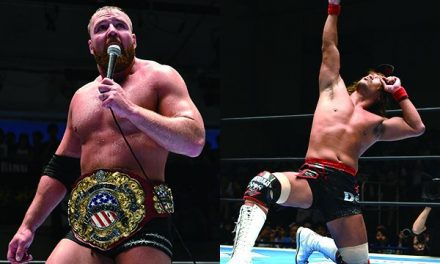 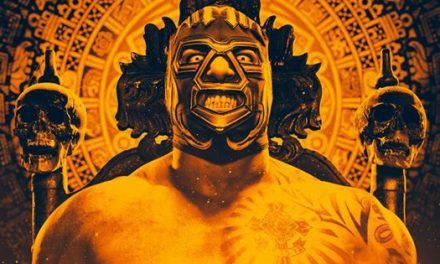