June 19, 2002, TNA Wrestling held their first-ever show. In celebration of their upcoming 13th birthday, we’ll have a number of TNA-centric articles celebrating the good, the bad and the ugly of TNA/Impact Wrestling over the last 13 years.

“The friend you had in me; you turned on so easily; I’m sad to see you go; at least now I know…”  -Fozzy, Enemy

The following is a tale of driving all night and sitting front row at TNA’s first three-hour pay-per-view outside of Orlando, Florida. It is also a tale about the day TNA died.

Sometime in the fall of 2006, I decided I wanted an alternative to watching WWE. D-Generation X was shoving Vince McMahon’s head into Big Show’s bulbous ass. The Undertaker was feuding with The Great Khali. John Cena was WWE Champion (again).

I guess TNA was that alternative.

I had ordered the first pay-per-view in 2002, but I really started following things when they went to Spike TV. By late 2006, Samoa Joe had been on the rise for the past year. The X-Division was blowing away anything the WWE had to offer in-ring. Homicide and Hernandez were embroiled in a blood feud with A.J. Styles and Christopher Daniels. Jeff Jarrett was still world champion, but at least you knew what the end game of that one was. Kurt Angle signed with TNA, and you really had a feeling that maybe they were really going to compete with WWE. Everything really was clicking, until it wasn’t, but I’ll get to that shortly.

My point is that in October 2006 I was ready to support TNA 100% and leave the evil empire of WWE behind, and like any college junior with a credit card, I made a foolish decision. Five days before Bound for Glory in Detroit, Michigan, I took to EBay and bought two front row seats for the PPV at the cost of $500. These weren’t just any front row seats. I’m talking dead center, directly facing the entrance. If you’re going to drive twelve hours to watch a wrestling pay-per-view, you might as well go big.

So, we hit the road at 7pm on a Friday night with plans to drive all night and go to the TNA Fan Interaction whenever we got to Detroit. The Fan Interaction was similar to what WWE does now with Axxess. You could purchase tickets to get Polaroid’s made with wrestlers for $10 apiece. It was literally an all-day affair and talent would get alternated in and out of the room.

Over the course of six hours, I had pictures taken with Samoa Joe, Christian Cage, A.J. Styles, and Christopher Daniels. I got autographs from over a dozen other folk, except for Brother Ray. He refused to sign my ECW DVD on the grounds of being tired of others profiting off the work he had done. Larry Zbyszko signed a copy of my Eric Bischoff “Controversy Creates Cash” book all while ranting about how he created the nWo and not Eric.

Later in the morning, Dixie Carter actually walked around the room, openly talking to folks. Don West and Mike Tenay did the same.

On Sunday, Dixie mingled with folk waiting to get Kurt Angle’s autograph and opened the arena doors to show everyone what the set looked like. There really was something different about TNA that you just didn’t get at all with WWE when it came to being hands on with the fans that supported you the most.

I guess it would be a good time to point out that sometime during the week preceding Bound for Glory word had leaked that Vince Russo was in talks to work with TNA again creatively. He was at the arena that night watching the show in the crowd. That’ll be important later.

I was glad I had gone to Bound for Glory. I had sat front row for the company’s biggest pay-per-view yet, and it was something special. I think that was part of the charm of early TNA. You were part of a movement to maybe bring some change to the business. If you were tired of the same old, same old, they really were an alternative.

I’m really not sure if you would call Bound for Glory a great show. Maybe “satisfying” is the word you could use. If you were a long time TNA fan, you got some returns in the Kevin Nash Open Invitational X-Division Gauntlet Battle Royal. You got more build for the Samoa Joe/Kurt Angle program. There was an incredible, bloody cage match for the tag team titles between LAX and A.J. Styles & Christopher Daniels. Sting beat Jeff Jarrett in the main event to win the NWA World Heavyweight Title and cap off a ten month long storyline which had begun when he returned to the company in January. If you think about it, it really was a perfect storybook ending. I had bought in to everything the company was doing, and I was hooked. For good, I thought.

Then someone gave Vince Russo the book.

It took less than two months before I was cursing the very name of Total Nonstop Action. By January, I was buying a TNA PPV just to see how the live crowd would turn on it during a segment involving Christy Hemme and the Voodoo Kin Mafia.

Over the next few weeks things got worse. A.J. Styles turned heel for no reason. Sting started calling Abyss “Chris” and suddenly they were the best of friends before Abyss turned on him again. We got the introduction of the “Big, Fat, Oily Guy” and a Vince McMahon impostor. Voodoo Kin Mafia did a whole segment on pay-per-view mocking D-X, the Spirit Squad, and the McMahon’s. America’s Most Wanted split up. There was another pole match. The final episode of Impact in 2006 ended with Kurt Angle “snapping” the ankle of Samoa Joe’s “girlfriend” in order to get Joe to agree to another match.

I guess my point to all of this is it takes talent to actually drive away a paying portion of your fan base. After Final Resolution 2007, I never bought another TNA pay-per-view again. None of it mattered. I didn’t come back during the acclaimed 2008 Samoa Joe/Kurt Angle program. They got me back briefly in 2012, but I was the fool for that one. Instead of capitalizing on Austin Aries, we got an out-of-nowhere heel turn so he could put over Jeff Hardy, and then the next year plus of television was built around the Aces & Eights and Hulk Hogan’s daughter.

I can’t be bothered to watch today, which is probably sad when you think about it. Nine years removed from spending so much money to support the company, and yet, here we are.

I’m sure in the future someone will write a book about the death of TNA, and it’ll be entertaining and all, and someone will make a few bucks on it. But for me, the TNA that I grew to love died on October 22, 2006 somewhere on the outskirts of Detroit, Michigan, and the remains are buried under the spot in which Vince Russo stood that night. 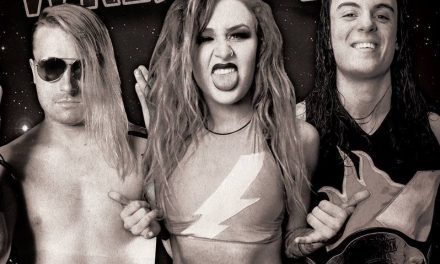 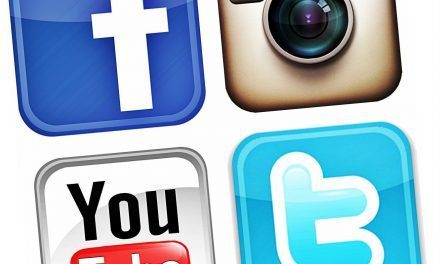