NXT TV this week was dedicated to the memory of Dusty Rhodes.

Ever since May 20, when Samoa Joe made his surprising debut at NXT Takeover, we’ve been wondering just what Kevin Owens vs Samoa Joe in WWE would look like. We got the answer tonight, although only partially.

Enzo got the pin on the Blake after the top rope assisted splash. A fun 6-man, this was, with the pace starting off hot and ending just as fierce. Sure, there were restholds in the middle, but let’s not be picky. This was a fun start to the show, although commentary was particularly bad. At one point, Rich Brennan forgot that Alexa and Carmella wrestled a few weeks ago on NXT TV. Wesley Blake is getting some of those Billy Gunn creative juices flowing, too, with his more recent hair styles.

Backstage, Samoa Joe told Devin that he likes to go to places that are set to take over, packed with buzz and the talk of the world. That’s NXT right now, so Joe is here. With Kevin Owens, Samoa Joe said he’d be making a statement tonight. It was a Samoa Joe promo, not a Samoa Joe-WWE promo. They just let him be him, which worked well here.

Oh boy, when NXT does these background pieces, they sure do them right. From the opening question of “Who is Fergal Devitt?,” to Becky Lynch describing how Finn made her dreams come true, to the closing segments of Finn deciding to pursue NJPW, this was one hell of a heartwarming, backstory piece on one of the top stars in NXT. Part 1 of the “Who is Finn Bálor” series didn’t dive into goofy explanations of why Finn came to America, but rather detailed the early stages of the career of Fergal Devitt. It was an introductory piece to the man who portrays Finn Balor on TV, an honest look at how Fergal starting wrestling. I lost it when Becky Lynch started tearing up at describing how Fergal effectively kept her in wrestling, saving her dreams and perhaps, hyperbolically, saving her life. Sure, Kevin Owens vs Samoa Joe was the main event of this show, a match many have been hyped for. This segment, however, was the most memorable thing on the show, and likely the most important. This is a must watch, and will be the best thing you see on WWE TV this week, easily.

Charlotte won over the NXT newcomer with the Figure 8. Nothing match, but commentary did give some background to KC, albeit briefly. After the match, Devin got some time with The Total Diva, Dana Brooke, for comments on Charlotte. Dana said she’s tired of being referred to as a former fitness competitor, because she still currently is. Dana, growing frustrated, told Charlotte that she’s being replaced. Charlotte better watch out, because Dana is ready to kick her ass out the door. Dana ended the segment with the traditional pat on Devin’s head. Charlotte vs Dana for the right to be known as the alpha Diva in NXT would be the best thing in wrestling, if only there weren’t already so many other great things happening in NXT right now at the same time.

Cut From The Show: That Jason Jordan tag match with Kid Mikaze, which ended abruptly due to a Kid Mikaze injury, was not aired on the show. Into the vault, it goes!

Here it is, the match we’ve been waiting for weeks to see after Samoa Joe debuted at May 20’s NXT Takeover: Unstoppable. We didn’t get a winner, but with this being a non-title match, and the first match between the two at that, we shouldn’t have. This was a commercial for the eventual title match that might just be epic, if this battle was any indication. Samoa Joe came in intense, ready to have a big hoss brawl with the NXT Champion. Owens and Joe went power for power, winding up in a wild brawl that led the referee to call for the bell early for a No Contest. With the referee unable to get control of Joe and Owens, more refs came out. They, of course, offered no help, so a security team of Not-Ready-For-Primetime NXT recruits barged in. While they offered little help, order was restored as this week’s show went off the air. Owens, retreating with his title, yelled out that the champ was here, while a furious Samoa Joe stood, guarded, in the ring as the screen faded to black.

This was quite the sneak peak of the Joe vs Owens match we hopefully will get down the line. The only problem… we may not get it. Kevin Owens is embattled in a program with John Cena on WWE TV, and is set to defend his NXT Title against Finn Bálor on July 4’s WWE Network special. Where exactly does a title match with Samoa Joe fit in? Maybe if Owens retains on July 4, he could fight Joe on a future NXT TV taping. Or hell, maybe Owens loses it before July 4 on NXT TV and it’ll be Joe vs Bálor in Tokyo. I doubt that, due to logistics, but you never know. It’s a wild time in WWE and NXT right now, with almost everything chaotic centering around Kevin Owens. Tell June 2014 you that Owens would be this big of a deal just one year later, see what the reaction is. 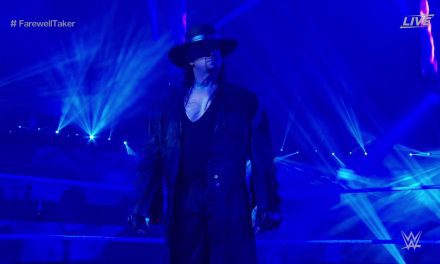 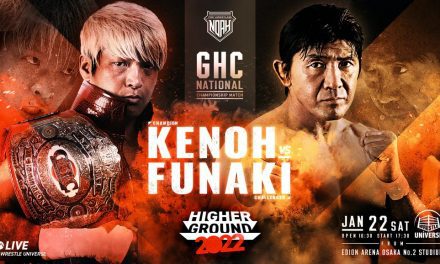