There have been fifteen Money in the Bank cash-ins since WWE introduced the concept at WrestleMania 21. Some, like Damien Sandow’s and Kane’s, are all but forgotten. Others, like those on this list, created stars, or represented pro wrestling storytelling at its best.

This was an increasingly rare moment when it felt as though the bulk of wrestling fandom had figured out a likely scenario, then had their intelligence rewarded, rather than insulted with a swerve. We knew Bryan was winning the title. We figured that Triple H was turning on him, and that Orton would also turn and cash in. We were right! Never mind that the ensuing months featured burial after burial of Bryan and that it took a fan revolt to finally give this feud a happy conclusion.

The psychology of a babyface cashing in on an unsuspecting heel was backwards, and this would be perhaps the worst-booked title run of the decade, but Punk beating Edge was awesome on that night in that building. Edge always took a perfect GTS, didn’t he?

After booking themselves into a corner with the main event of the biggest show of the year, WWE pulled the trigger on one of the most creative finishes in recent memory. Sure, making it a three-way took some liberties with the concept, but this was a win-win-win for Rollins, Lesnar and the fans. Less so for poor Roman.

2006 was one of my favorite years in WWE history. You had a roster that afforded some wacky matchups, like Cena vs. Sabu, Ric Flair in a Money in the Bank match at WrestleMania 22, cameos from Hulk Hogan and Mick Foley, and Triple H and Shawn Michaels too busy doing comedy with the Spirit Squad to appear in main events, which freshened things up.

This cash-in was expertly booked. It’s a creative masterpiece. RVD was elevated to help re-launch ECW, the Edge/Cena feud was rekindled, and a riot was averted.

The original cash-in, and one of the few that permanently elevated a guy to the main event. I say it every chance I get, but I never saw a bad Edge match. 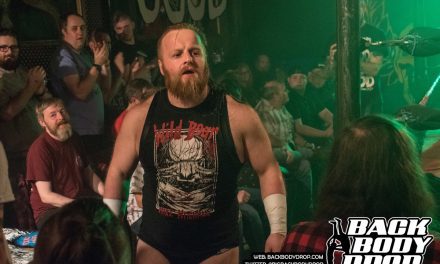 The Importance of Lucha Libre in September (Part One)