Last week, Ring of Honor made its debut on Destination America. The first show was a solid one that felt like it would get first-time viewers to come back for this week’s episode. ROH’s national television debut also came as they are building to the Best in the World pay-per-view next Friday, June 19th. I have praised ROH of late for the fantastic (and logical) way they are using their television to build to Best in the World, especially the Jay Lethal vs. Jay Briscoe main event. Now they have two shows to close the deal.

This episode opens with a video promo from Frankie Kazarian and Christopher Daniels. The Addiction say reDRagon had to bitch and moan to get a title shot because they’re from an “entitlement generation.” Rich and Joe are going to be surprised to find out that they’re from the same generation. However, this was a very good setup for tonight’s scheduled main event.

But now, contrary to the schedule, The Addiction are in the ring and we find out that Bobby Fish was mysteriously injured before the show. Daniels says The Addiction won’t wrestle anyone but O’Reilly and Fish and this is their only shot at the titles. O’Reilly’s music hits and apparently he has decided to take on the tag team champions on his own.

ROH World Tag Team Championship Match – The Addiction (Frankie Kazarian & Christopher Daniels) vs. Kyle O’Reilly: O’Reilly regained the advantage after an early beatdown and Daniels could only stop O’Reilly by attacking him with a tag title. This wasn’t as bad as a WWE handicap match but I’m not sure the world champions, even if they’re chickenshit heels, should need to use nefarious means to win a handicap match. *3/4

We see Donovan Dijak taking out Mark Briscoe during last week’s main event. And Mark Briscoe is not happy about it. He gets a video promo where he talks about whether an ostrich or chicken would win a bird fight. Briscoe and Dijak will also wrestle at Best in the World. We’re building to PPV matches, folks!

But the sweet, sweet build would come to an end as ROH decided to unleash Dalton Castle on an unsuspecting national television audience.

Dalton Castle vs. Jushin “Thunder” Liger: I remain the sole holdout on the Dalton Castle bandwagon. This match didn’t do anything to quell my skepticism. I’ve actually enjoyed his ring work during his ROH run but this was awful. He was sloppy and painfully slow. I know Liger is 50 but his matches don’t normally feel this slow. Castle had no clue how to get his stuff in at Liger’s pace. Even this crowd, which adored Castle, died for long stretches of the match. Eventually, a Liger brainbuster brought a merciful finish. *1/2

Backstage, Liger and Cheeseburger meet up! They shake hands, slap each other in the face, and hug. Wrestling!

Brutal Bob Evans vs. Cheeseburger: As everyone knows, these two once made up the legendary Brutal Burgers tag team. But the Burgers’ buns have gone moldy, friends, and we find ourselves here. Dylan Hales said on Twitter (@DylanWaco) that this match was better than any Finn Balor match ever so I have really been looking forward to it. I’ll say this for Dylan: Finn Balor never finished a match by sending someone through a table! Kelly and Corino sell Evans putting Cheeseburger through the table like this was a BJW light tube match. **

I feel like this is a good time to mention that if Cheeseburger suffered a legit injury from that bump, he would lack a lot of important protections because ROH classifies him, and the rest of its wrestlers, as independent contractors and not employees. If you want to read more about how wrestling companies classify their workers and the effect that has on the industry, read my article that breaks down the history and future of the independent contractor in WWE and all of pro wrestling!

Back to the show… Do you like video promos? Well this show has another one for you! Jay Lethal is here to remind us he’ll be wrestling Jay Briscoe at Best in the World. If you like video promos, you probably also like contract signings. Good damn thing because you’re getting one next week! After Lethal’s promo, there is a video package recapping the Lethal/Briscoe build. This segment is bookended by a Jay Briscoe video promo. It’s not one of Jay’s best. He simply tells Lethal not to try any “funny business” at the contract signing. Considering Briscoe’s past threats about what he might consider “funny business,” I’d listen if I were Lethal.

The Kingdom (Matt Taven & Michael Bennett) vs. The Bullet Club (“Machine Gun” Karl Anderson & Doc Gallows): Well, NJPW fans, they didn’t leave the Karl Anderson/Maria goofiness at the Canadian border. Fortunately, however, ROH knew their audience for this War of the Worlds show and toned it down here. Instead, we got some spotty fun. …Until The Bullet Club bizarrely got chairs involved and were DQ’d. **

They teased putting Maria through a pair of chairs but Bennett made the save. Taven, however, suffered what would’ve been Maria’s fate. As the episode ends, we find out that the full Kingdom, Taven, Bennett, and Adam Cole, will face a fuller version of the Bullet Club, Guns, Gallows, and AJ Styles, at Best in the World.

Final Thoughts: This is decidedly not how I would’ve spent my second hour on national television or my second show from my PPV. There was literally nothing worth watching on this episode. Unfortunately, it kind of exposed that Best in the World is shallow in compelling stories after Lethal vs. Briscoe. There should be plenty of other good matches on the show but only the main event has been presented in such a way that I feel like I have to buy the show to see it. In today’s wrestling climate, especially at ROH’s usual price point, that might not be enough to do good business. Regardless, ROH has one more week to sell this thing. Check back next week to see if they can close the deal. 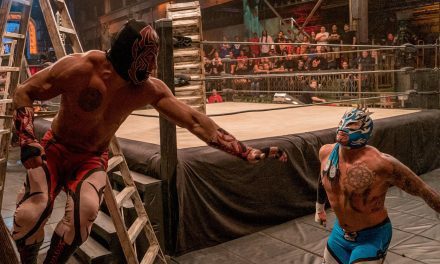 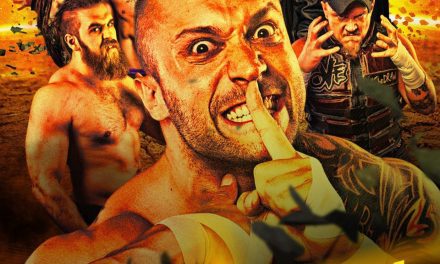 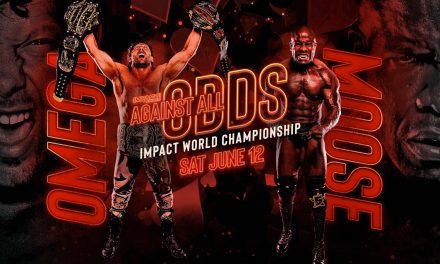