On June 11, we were all put on hard times by the passing of Virgil Riley Runnels Jr. aka Dusty Rhodes. He was 69 years old.

He was perhaps the most unlikely of stars on sight, but Rhodes was influential in professional wrestling far beyond the ring. In the world of pro wrestling’s escapist entertainment, he was the living personification of the American Dream on television every week. Just as flawed as he was hard working and determined, he became a star as the embodiment of the struggles of low and middle class America during the tumultuous times of the recession of the early 1980s and into the changing economic landscape later in the decade. His look and personality were never traditionally what pro wrestling presented as its hero. A robust man, generously billed at 275 pounds, he spoke with an excessive lisp and southern drawl that was made especially unique by blending his own form of jive into his vernacular.

Equal parts rugged and flamboyant, Rhodes was the every man in every way, good and bad. Portrayed as the son of a plumber, making good, he had been a mainstay nationally as the working class hero of American wrestling since the mid-1970s. First, Rhodes was a regional star in Florida and then the northeast as he would headline the famed Madison Square Garden against “Superstar” Billy Graham.

Eventually, Rhodes settled in the Mid-Atlantic under Jim Crockett Jr. and despite a list of rivalries that would be a who’s who of the late 1970’s and 1980’s, it would be Rhodes’ rivalry against Ric Flair, and later The Four Horsemen, that would not only captivate wrestling audiences, but act as microcosm of social turmoil of the 1980s.

Rhodes was known as one of the greatest talkers in the history of wrestling. His magnum opus, appropriately labeled ‘Hard Times’ is considered one of the greatest promos — wrestling jargon for a verbal piece of propaganda to promote an event or story — in the history of professional wrestling. While his delivery was always uniquely strong, it was Rhodes’ ability to weave the story of the common American into that of his rivalry with Flair that make this four minute clip of throwaway wrestling television iconic for more than simply its place under the big top of the circus that is pro wrestling because it was able to capture what defined the United States at that singular moment. Down, but not out.

By 1985, the United States, on the precipice of a period of long economic expansion, was still licking its wounds from a worldwide recession in the early 1980s. Despite overall growth, eight million Americans were still without employment. Mainstay private sector jobs of the middle and lower classes like factory work, the auto industry and agriculture were transitioning to new technologies, leaving large numbers of Americans scrambling for work. Continuing inflation and rising interest rates were fermenting and eventually led way to the savings and loan crisis later in the decade. In its wake, Americans, as they often do, sought refuge in escapism. Madonna dominated the airwaves, the Huxtables welcomed the world into their home every Thursday night and MTV is christened a whole generation in popular culture.

Professional wrestling rode the wave of America’s growing desire to lose themselves from the rigors of everyday life too. Vincent K. McMahon rapidly expanded the World Wrestling Federation on the back of Hulkamania and the Rock’n’Wrestling Connection. This was the dawn of national wrestling television, culminating in the debut of Saturday Night’s Main Event and the first WrestleMania. In the southeast of the country, Jim Crockett Jr. looked to go national as well. Jim Crockett Promotions — later NWA World Championship Wrestling offered an alternative to McMahon’s larger-than-life spectacle with more relatable, true-to-life characters with storylines and character arcs that resonated with its audience as a form of social commentary.

While never considered high art or traditional theater — two far more respected avenues for observation on social issues — pro wrestling spoke to the populace about social issues from the level of those most affected by them. It allows them to connect and participate in a way the finer arts never could. As social commentary, it was not a new concept in the 1980s. Throughout its history, it was often an outlet for narration on the ebbs and flow of American history and popular culture. Whether it was the classic foreign heel “The Teuton Terror” Hans Schmidt in the wake of World War II, countless Cold War/Red Scare inspired Russian characters like the Koloffs or the beloved sons of Italy like Bruno Sammartino packing Madison Square Garden to standing room only with proud Italians pulling for “their boy”. By the early 1980s, McMahon would use the evil Iranian, the Iron Sheik, in the aftermath of the Iranian Revolution and the rise of Ruhollah Khomeini, to be a catalyst for an All-American campaign championed by Hulk Hogan.

The NWA, though, without the superhuman persona of Hogan told a different story. On the strength of its two leads, the American Everyman, Dusty Rhodes and the world champion that lived the life of excess and luxury, Ric Flair, the NWA became a channel for social commentary on the struggle of the lower and middle class of America for equality in the world that was ever increasing the divide between the haves and the have nots.

On September 29, 1985 at The Omni in Atlanta, Georgia, Flair was the reigning NWA Heavyweight champion. After defeating Nikita Koloff in a steel cage match, Flair, a good guy at the time, would get beat down by Nikita and his partner Ivan Koloff. Rhodes would come to make the save only to be ambushed by Ole and Arn Anderson, two men (along with Tully Blanchard and JJ Dillon) that Flair would form The Four Horsemen with less than a year later. Running down to make the save, Rhodes would be overcome by the three-on-one odds. Flair, smelling blood, would execute his patented knee drop off the ropes onto Rhodes’ ankle, breaking it, putting Rhodes out of action for an extended period.

By the end of October, Rhodes would return to Mid-Atlantic and declare in his famous promo that Flair had put “hard times” on him, not dissimilar to the hard times on millions of Americans. Rhodes closed the “Hard Times” promo with the promise that he, like every one of those millions of Americans, would rise up and become a champion once again. It was as poetic as it was profound.

Rhodes and Flair met at Starrcade 1985 in front of over 15,000 people, with many more watching on closed circuit television around the country. Rhodes would defeat Flair for the NWA World Championship to a huge ovation.

Everyone could go home happy. The common man had overcome the pretty boy blonde with the silver spoon in his mouth. It would be a great ending to the story if that was it.  While hardly considered a wrestling classic, it is remembered now more for what happens after the match. Shortly after the end of the match, he was stripped of the World Title and it was given back to Flair due to outside interference by the Andersons. Dusty was given the win, but the prize was given back to Slick Ric.

Known in wrestling as a ‘Dusty Finish’ — a nickname given to an ending of a match where a wrestler appears to have won only to have the decision reversed due to a technicality – the result of the match served as a key storytelling point that resonated with America…the bad guy always wins. And, with that, The American Dream versus The Nature Boy would continue throughout most of the 1980s taking on similar patterns with new names mixed in still telling that classic American story of the hard workers versus those that are given everything the fight for equality would never end. They would sell out buildings around the country. Who wouldn’t want to see Flair finally get his comeuppance? Rhodes would eventually win the title again in 1986 at the Great American Bash, only to lose it back to Flair two weeks later which can only be considered a Broken Aesop to this tale. Moral victories were hollow hypocrisies. The American Dream would never truly overcome the established plutocracy.

By the early 1990s, Rhodes had been there and back again in the NWA, now called WCW. He even had a stint in the WWF (currently WWE) where, despite modest success, he never quite captivated audiences like he did in the more gritty southern territories. Perhaps it was a changing of the times to when Americans gravitated toward excess in their desire to escape reality. The Dream was now less Rosie the Riveter and now more Sheriff Andy Taylor, scaling back on his crusade against the lavish life of Ric Flair and taking on different roles, most notably on screen as the dad to his real life son Dustin in the early 90s in WCW and in the WWE during the 2000s, with both of his sons, Dustin and Cody. Along the way they never shied away from Dusty’s real life struggles as a father, but despite all of the hardships and sacrifices, a family’s bond was timeless and unwavering. It added layers of realism and depth to wrestling’s long standing personification of the common American man.

That every man was imperfect, not just in his body type or in how he spoke, but in his character. Despite all of the good he did and no matter how many times he triumphed over evil, he was faulty. Just like we all are, in our own way. 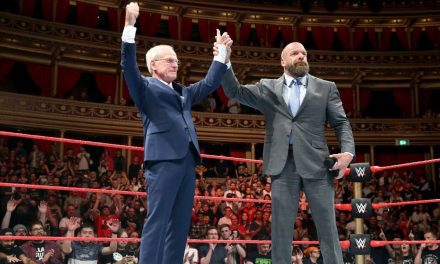 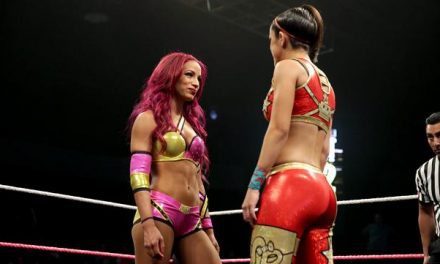