This taping of the sixth installment of ICW’s on demand show was taped at ICW’s Spacebaws show on Sunday, May 31. Spacebaws could be described as a B-show as most of ICW’s top draws were not in action. Notwithstanding this, there were a number of storylines advanced ahead of ICW’s next big show, Shugs Hoose Party II, in on the 26th of July.

Billy Kirkwood was joined on commentary by ‘Iron Man’ Joe Coffey for the evening.

The show opened with a student vs. teacher match between Lou King Sharp and Kid Fite. The match began with Sharp standing up to the aggressive Fite. Fitehis met him with a flurry of stiff elbows, a nasty looking powerbomb and a Tiger power bomb, resulting in two close two counts. Fite picked up the win after hitting his Dead on Arrival finisher followed by a DDT. After the match, Fite continued to beat Sharp. The beat down was interrupted by a person identified only as an ICW student who was working security at ringside. Fite backed off, telling the student he would not forget this.

After a short promo video for Shugs House Party, we went back of the ring where ICW General Manager Red Lightning forced ring announcer Simon Cassidy to apologise for being the victim of an attack by Liam Thomson. Lightning cut a rambling promo. Unfortunately, the news that ICW will hold a tournament for the new ICW Women’s Title was lost. He was interrupted by Don Henley’s Dirty Laundry– the entrance music of Mark Dallas, ICW’s owner. Dallas informed Lighting that he appreciated a lot of his decisions but he could not allow him to play with wrestler’s careers and cut matches without reason. He said for these reasons he could not allow Lighting to run ICW’s biggest show, Fear and Loathing VIII, in November. Dallas said he needed someone of real pedigree for the job. The crowd began woooo-ing at this point, possible believing that Ric Flair had been appointed. The real reveal was equally impressive though as Dallas pulled Mr. Socko from his pocket and told Lighting to “Have a Nice Day!”.

A video package shown afterwards confirmed that Mick Foley would be in attendance at Fear and Loathing. While I think ICW will be eager to use their biggest show to highlight their own talent, I think they may still need one or two big-name UK or US independent talents for the show.

Next up, Dickie Divers was in the ring. The crowd had virtually no response to Divers here until he stated he would cash in his title shot at Fear and Loathing, which was met by boos. The New Age Kliq’s music hit and Chris Renfrew- the Laird of Silent Hill- came to the ring making a proposal that he and Divers would have a ladder match at Shugs Hoose Party where the title shot would be on the line. This was followed by a NAK beat down by Wolfgang, Stevie Boy and Renfrew which ended with Renfrew atop the ladder.

This match started slowly before being livened up by Coffey and Seven exchanging forearms and chops. Coffey gave Seven a pop-up powerbomb on the apron. I have not seen much of Seven to comment on him overall, but he definitely held up his end here. The match picked up a nice pace and was peppered with false finishes. The true finish came when Coffey caught Seven with his Deathwish elbow, which he always makes look impressive. Coffey looked very good throughout the match.

After the match, there was an excellent Mikey Whiplash promo where he focussed on not caring about his own body. The point was underlined by him removing his teeth which had previously been knocked out. Whiplash was absolutely gold here.

This was a short match that never really captured my attention. The most impressive moment came when Viper attempted a face-first powerbomb that Jayne countered into a German Suplex on the considerably larger Viper. The match ended when Viper hit the face-irst powerbomb.

In regards to the ICW Women’s Tournament, it seems likely to me that they will involve some international names, especially in the latter stages. I expect Kay Lee Ray to be in the final, possibly against an opponent from the US.

As one would expect with these two, this match began in the walkway and was violent throughout. The two brawled, with reckless abandon, in the early stages of the match. They made their way throughout the Garage followed by approving fans. When they finally got back near the ring, Whiplash hit a fantastic dive between the ropes. When Whiplash attempted a second dive, Gunn caught him with his Gunn Shot uppercut. Gunn had another clash with a planted fan at ringside. I am not sure where these clashes are going, and it may be nowhere, but it is great to have these little storylines going on. When Gunn and Whiplash got back into the ring, Gunn set up chairs and gave Whiplash a powerbomb on them. There was a great call back from Whiplash when he brought a guardrail missing a bar into the ring, supposedly the bar that had stabbed Whiplash in the leg previously. Whiplash used the ladder brought by the NAK earlier in the evening to deliver his Zombie Maker finisher from the top of it. This was an excellent match overall and rewarded people for sticking with these Friday Night Fight Club Shows.

Final Thoughts: This was an entertaining 90 minutes show. ICW used it to good effect to advance a number of storyline points including the title picture, the new women’s title and the inclusion of Mick Foley. Also, two of the matches- Coffey/Seven and Whiplash/Gunn were very good. 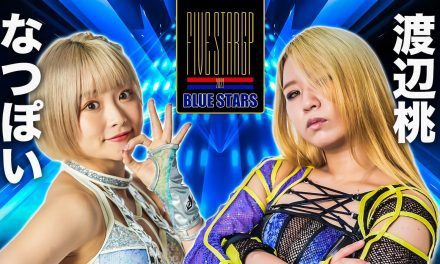 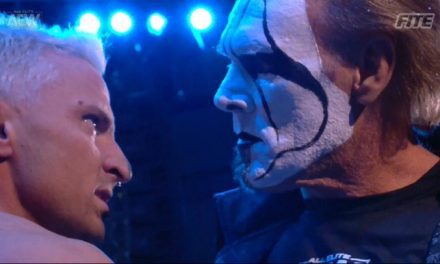