Shake Them Ropes returns with STR 85, sandwiched in between live episodes following WWE Network specials. Our last show was a live show reacting to NXT Takeover, and our next show will be live on Sunday night following WWE Elimination Chamber. So what will we talk about this week? PLENTY! Of course, Elimination Chamber is this Sunday, so we’ll preview all of the matches and predict who will walk out of the event as the new Intercontinental Champion. We’ll also dive into our thoughts on Becky Lynch vs Sasha Banks again. With one week having past since the match, have our thoughts changed any? Plus, DDP vs Randy Savage from WCW Spring Stampede 1997, and the Rusev & Lana saga continues. It’s a packed show. A loaded show. A show of epic proportions.

You can listen via iTunes, Stitcher, RSS, TuneIn, Downcast, Android, Windows Phone, and many others. We produce the show weekly for TV, also, and you can catch it on YouTube! If you have an Apple TV or Roku, subscribe to the channel on YouTube and watch via your television! 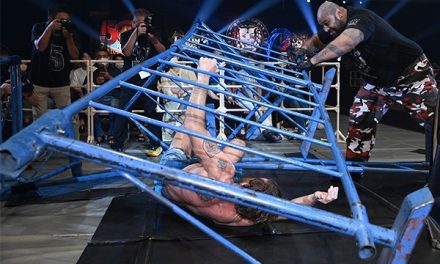 AAA Verano de Escandalo 2015: The Other PPV This Sunday