The Lucha Libre World Cup is the first incarnation of a fun idea that I hope is not only successful, but expands next year. The lineup features a great, yet random collection of assorted wrestlers — if you can’t get excited about Yoshihiro Takayama being in Mexico, then you have no soul.

The rules are fairly straightforward: The matches are 15-minute trios that can become a draw and then go one-on-one with each team sending a representative until there is one winner.

Dream Team (Myzteziz, Rey Mysterio Jr. & Alberto El Patron) vs. Team NOAH (Atsushi Kotoge, Taiji Ishimori & Yoshihiro Takayama): They have a timer at the bottom of the screen to help tell the elapsed time of the matches and all I know is Takayama and Mysterio are in the same match!

Takayama is going to straight up murder El Patron, I can’t wait. There are some video issues but when I get back to the match, Mysterio goes for the 619 only to be intercepted by Takayama and smashed into the ring post. Team NOAH works over Rey Mysterio for a bit before a hot tag and then the match really breaks down. Ridiculous combination Kill Switch and 450 Splash from Kotoge and Ishimori. Everyone gets the dives at the tail end and eventually Myzteziz taps out Ishimori with La Mistica. This was a total breeze and blur to watch, but it gets more stars on based Takayama alone. **1/2

Team ROH/Lucha Underground (Cage, Moose & ACH) vs. Team Mexico 2 (Texano Jr., El Hijo Del Fantasma & Psycho Clown): They tried to show a backstage interview segment but there was no sound and Twitter was complaining which Striker was quick to tell us about. Striker is also a ridiculously obnoxious shill and he even references a Wham! song. The commentary switched from Striker to Spanish commentary and it distracted from a fun match. ACH was cocky, Moose unleashed his dropkick, Cage did his power moves and Fantasma continued to be one of the most underrated rudos in modern Lucha. Psycho Clown even got a WASSUP!!! from the top rope amongst some solid double team work from Texano Jr. and Fantasma. Dives for everyone at the end of the match included a fantastic tope suicida and some great stuff between Fantasma and ACH culminating in a frog splash/450 spot. Psycho Clown hit the Canadian Destroyer, but you can’t kill the machine known as Cage. This goes to overtime with some controversy but of course we got Konnan to come down and make things right. We go to Cage vs. Texano Jr. and Cage absolutely demolishes Texano Jr. within a matter of seconds to push Team ROH/Lucha Underground further along in the dance. This was a total cluster but total unadulterated fun and all six guys looked fantastic. ***

Team AJPW (Masamune, Tiger Mask 3 & KENSO) vs. Leyendas Team (Blue Demon Jr., Dr. Wagner Jr. & Solar): I don’t know what happened as my feed fell apart, but perhaps it is for the best as anything with KENSO should be avoided at all costs. Maybe @RobViper could fill you in. NR

We go past the 15 minutes and go to Mundo vs. Galloway for five minutes to determine the winner. Mercifully, this ended with Mundo hitting The End of the World and I’m happy I can move past this match. Seriously, this may be my contender for worst worked match of the year —it dragged worse than a Marlboro, the ref was awful, the finishers were spammed and the crowd was dead.  DUD.

Lucha World Cup 2015 Semi Finals: Dream Team (Myzteziz, Rey Mysterio Jr. & Alberto El Patron) vs. Team ROH/Lucha Underground (Moose, Cage & ACH): We start with some brawling in the crowd and Team ROH/Lucha Underground is largely in control to start the match. Jeff Jarrett is guest commentating this match and spends most of it shilling GFW. Little Rey Rey is worked over until he gets a hot tag and Dream Team runs wild culminating in a El Patron tope suicida. Fun little suplexes on the ramp from Dream Team and interactions between Patron and Jarrett at ringside — I’m anxiously awaiting this match. Eventually it comes down to El Patron tapping Moose with the Destiny Armbar. Watching this I realized this whole event has no Pentagon Jr.-how could you AAA? This whole match was a cluster that lacked any flow and everything felt so random but the tecnicos won and the fans were happy. I zoned out more than a few times but I’ll applaud the effort of the guys here. **

At this point I was wishing that Dr. Wagner Jr. would please stomp on Jeff Jarrett’s throat, at least just to get him off of commentary. Blue DEMOAN Jr. is worked over to start the match and it’s quite evident that Team TNA/Lucha Underground is gassed. This match got better when we got Leyendas in control, and they hit a triple dropkick, tope suicidas and a beautiful flip from Dr. Wagner Jr., but we end up with Solar getting hit with Starship Pain. This was decent for as short as it was, but wow, who would’ve thunk that Team TNA/Lucha Underground would end up in the finals with The Dream Team? I love Dr. Wagner Jr., so the match is great based on that alone. But not that great. *1/2 Jeff Jarrett leaves the commentary booth, thank God, and maybe we will get back to some semblance of a decent commentary team. In between we get intermission with the fans doing the wave. No one cares at all.

Of course the feed died out on me right as the match begins, but it was contested under sudden death rules so 1-on-1 with 5 minute time limit. Cage won this for Team ROH/Lucha Underground and Dr. Wagner Jr. is stretchered out of the arena. Konnan should win Booker of the Year for having Dr. Wagner Jr. losing the match without losing the match. I’m wishing this show would end right now so I can stop reviewing it. Someone send a mercy killing for me. NR.

My will to live has been entirely sapped by this show. Half of it is commentary, some of it is the awful wrestling and I’m sick which explains my foul mood. AWFUL TOWER OF DOOM!!! Was there any doubt in my mind that Dream Team would win this when AAA announced the teams? NO! There are a multitude of rest holds during the majority of this as pretty much everyone is gassed. Please for the love of God AAA, never have Matt Hardy or Ken Anderson on any of your shows in the future. They did three sudden death periods, but the only one of note was Rey Mysterio Jr. and Johnny Mundo. Rey Mysterio Jr. and Johnny Mundo had the best match of the night and it was only 5 minutes. Think of what they can do when they don’t have to wrestle 3 matches in one night and it’s a singles match. Rey got the top rope Victory Roll to give the win to Dream Team and win the 1st Lucha Libre World Cup. I was bored to death until Mysterio and Mundo had a nice little exhibition, but yeah this was bad too. The fans exploded in joy at their hero, Mysterio, winning the big one for his team.The fans were sent home happy, so at least there was that. **

Final Thoughts: It looks like we may have a new leader for Worst Show of the Year. Vampiro and Striker were awful on commentary, the referees were awful, the wrestling wasn’t that much better and this dragged on and on and on. Combine that with my feed dropping multiple times and I wasn’t a very happy camper. This was four hours without the final award presentations. I could have done better things with four hours on Sunday. Avoid this show at all costs. Don’t get me wrong, I like the idea behind this but the execution and everything else involved was disastrous. I actually enjoy most of the guys in the Lucha Libre World Cup and will still watch Lucha Libre but this was not a good introduction for casual fans. I’m really hoping that AAA bounces back from this as they have another show in two months and, honestly, if they do this again they need different teams. No Aerostar, Jack Evans, Pentagon Jr., Australian Suicide or other great talents that AAA have were not used and the CMLL presence was sorely missed. I mean, Negro Casas, Ultimo Guerrero & Virus would have been great here or Dragon Lee, Puma & Blue Panther Jr. If they do this again next year, which seem obvious, it has to have a better presentation than the one that was presented tonight. 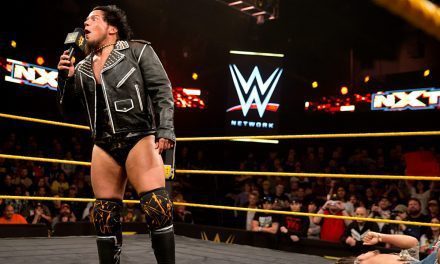 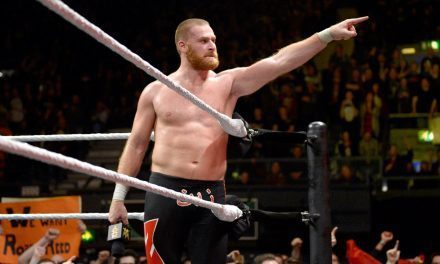