Sean Flynn (@spiffie6123) is not here this week as he has prior commitments so I will sacrifice myself for the good of VOW and our friend Sean. Honestly, if he never comes back to review RAW I want you people to be happy for him, Bryan Rose was sane before he started doing this so maybe I’m helping Sean’s sanity. What shall I go over this week? Mad Men ending? BB King passing away? The 35th Anniversary of Ian Curtis passing away? Dave Letterman retiring? ROH War of the Worlds Night 1? The NHL and NBA Conference Finals? All of those things are worth your time and attention so if you skipped out on RAW because Sean is not here or just for the simple fact that there are better things to do with your 3 hours of time then I’m not upset at all.

THE AUTHORITY RU(I)NS THIS YARD: How do we start this show? With talking of course and you had better be sure that it’s going to be the McMahon-Helmsley combination because those are the breaks people. There’s a general smugness going on directed towards Daniel Bryan, Dean Ambrose, Randy Orton and Roman Reigns. Now we start talking about the greatest wrestler in the world, VACANT, and how we are going to crown a new Intercontinental Champion. Sheamus interrupts, I don’t care. Ryback interrupts Sheamus.

Ryback is fantastic on the mic even shutting Steph up: “THE BIG GUY HAS THE MIC, THE BIG GUY IS TALKING!” This was shorter than most RAW opening talking segments. In the end, they talk about Elimination Chamber and announce the IC Title will be on the line in one of the Chamber matches. That sounds like great chaotic fun.

Ryback vs. Sheamus: Sheamus targets the ribs, Ryback works his power moves and tries to come back into it but of course we go right into commercial. We come back from commercial and they are actually trading punches on their knees. Sloppy judo throw but Ryback recovers quick with a powerbomb and a Double A spinebuster. They get to the floor and Ryback lands a nasty Gorilla Press Slam onto the announce table and no DQ? Fine by me. On commentary JBL says Ryback had his best match of his career against Bray Wyatt at Payback — please shut up forever. Of course this comes down to a Brogue Kick off of a referee distraction. This was a halfway decent hoss fight that I would want them to expand upon. **1/2

MORE TALKING!!! We have some backstage stuff between The Authority and Dean Ambrose makes this much better than it needs to be. J&J Security are money here with their mannerisms and poor Dean Ambrose’s heart is breaking for Kane and my heart is breaking because we are getting another Wyatt vs. Ambrose match and who really wants that? I’m already regretting volunteering to guest review this and we are barely an hour in. There was an advertisement for NXT Unstoppable event this Wednesday which you can all watch on the WWE Network for $9.99 (Editor’s Note: It’s actually free this month and you can sign up at voicesofwrestling.com/wwenetwork)!!!

MORE TALKING PART 2: Renee Young & The New Sensation Neville-Electric Boogaloo Hey this kid isn’t that bad on the mic and this Richmond crowd seems receptive — they can’t possibly mess this up can they? Oh wait Bo Dallas has arrived. This leads to the inevitable Dallas-Neville rematch that we have all been waiting for. Who am I kidding? It leads to another Barrett and Neville match which I’m frankly starting to get sick of.

Neville vs. King Barrett: Barrett targets the knee of Neville who is selling his leg like a champ. Any offense he goes for fails and when he tries for a springboard move he falls on the ropes. Barrett unloads a Bull Hammer to put down Neville. Afterwards, Bo Dallas destroys the knee of Neville to possibly further their feud which people have no interest in. *½

DADS/RUSEV RAGE! Titus O’Neil won Celebrity Mega Dad of the Year for 2015! Now if only WWE can give him a regular title — either way I’m proud of that guy who deserves more than WWE has ever given him. Rusev is here and is the proud Russian Bear Father of Mother Russia. LANA YOU BETTER KNOW YOUR PLACE!! This break up angle is awful, why are they doing this to us? This dialogue feels taken directly out of all those clichéd 1990’s romantic comedies. So I’m guessing this relationship is over? No more Instagram shots of Rusev and Lana enjoying hockey or basketball together? I can’t go on anymore guys and girls. This is worse than Shawn breaking Marty’s heart. This is worse than Baby Girl breaking Dusty Rhodes heart. This is worse than Lita breaking Kane’s heart. Will the world ever recover? Well looks like this is the perfect time to use a Joy Division song.

Dean Ambrose vs. Bray Wyatt: Ambrose tries to stretch Wyatt out, he should really stretch that ugly looking shirt off of Wyatt. Seriously, was someone blind when they decided to make that shirt and think they could make money off of that? They actually have a solid back and forth match with both men pulling out their tricks from their respective wheelhouses. Ambrose pulls out some new offense and Wyatt looked great. Nice false finishes, fun dives and a crowd that was solidly invested in both men. This was working at a great pace and was about to hit the next gear when we had the J&J Security distraction finish that led to Wyatt getting the Sister Abigail for the victory. Are we in the process of rehabbing Wyatt now? Either way this was a fun match that over delivered and exceeded my expectations. ***1/2

WWE Tag Team Championship Match: Cesaro & Tyson Kidd vs. The New Day (Kofi Kingston & Big E): JBL don’t you ever compare the greatness that was The Freebirds to The New Day, there was The Freebird Rule and it lives and dies on Badstreet USA. This heel turn has helped The New Day immensely and makes me want a Big E and Cesaro singles series. I’m actually interested in how the execution will play out for the Tag Team version of the Elimination Chamber. Kidd is rolling as he locks in the Sharpshooter but Big E breaks it up and then Kofi charges Kidd to cause the DQ. Welp That Was LAZY! *

Afterwards, we get a bunch of tag teams that run out to highlight all of the teams that will be in the Elimination Chamber. At the end of the day the Prime Time Players are standing tall after the chaos. This actually has me excited about the WWE Tag Team Division but I’m sure they will squander this in six months. I gotta think of happier times. So here’s some Dave Letterman to put a smile on your face or make you upset as I should focus on wrestling.

THE SAME OLD SONG & DANCE: John Cena is here! He does his usual shtick and the crowd does their “John Cena Sucks” chants and the kids have their hero’s gear plastered on them from head to toe. JBL talks about Rusev being done with Lana, well I for one am happy Rusev is done with Cena as they should stay away from each other for a very long time. John Cena plants his flag deep in Apple Pie, Fireworks and Good Ol’ American Masculinity. We wait for a challenger and who else answers it but Kevin Owens! KEVIN OWENS IS HERE PEOPLE!

I knew this match would happen one day but it seems like we are due some verbal warfare. Cena tries to put over Owens but Owens is having none of it and tells the people watching live and at home that Sami Zayn’s best days are over at WWE NXT: Unstoppable. We get the Pop-Up Powerbomb from Owens and the world is a better place. This was money, Owens looked great while putting over NXT and showed he belongs with the upper card guys like Cena.

Dolph Ziggler vs. Stardust: Dolph hits the Zig Zag and my apathy is quite high. NR

After the match, Ziggler is announced for Elimination Chamber and then Lana comes down and we get a make-out session. Honestly, these two make for a very adorable couple and then we actually seem to get the breakup between Lana and Rusev. You know who a cute couple was besides Miss Elizabeth and Macho Man? These two.

Fandango & Zack Ryder vs. Beards For Fears: You know how this goes, Rowan and Harper get compared to Brody and Hansen all the while Fandango gets decimated. Which brings me to another question: Where has Zack Ryder been all this time and how is he still employed? Ryder gets tagged in but of course he stands no chance and now I have another question: Why are Rowan and Harper not in the Tag Team Elimination Chamber match? NR

WWE Divas Title Match – Naomi vs. Nikki Bella: This was actually decent and they were having a solid match until Tamina decided to put her foot in Nikki’s face and cause the DQ, I mean we actually got a suicide dive from Nikki and a commercial break that returned with a chinlock so that earns a *

We get a Tamina and Naomi beat down until Paige returns and makes her intentions known that she is coming for that Divas Title. I don’t care as Kevin Owens is in the back and we now have Cena vs. Owens at Elimination Chamber. This Chamber is shaping up to be decent. We could just have three matches and I would be ok.

Who’s Dreaming? The Architect, The Demon & The Authority: I’m trying to power my way through this for everyone who reads this but this is truly sapping my will to live. Is the Red Carpet wearing Steph or is Steph wearing the red carpet? Can we change this format: opening talking segment and finishing the show talking segment, it makes me want to rip my ears off and tear my corneas out.

Time for every member of The Authority to say complimentary things to Seth, are we truly building towards a Kane/Rollins feud?

We get the history of Seth Rollins from NXT, The Shield and him becoming WWE Champion. Noble and Mercury are about as gold as their ties but that ZANY Dean Ambrose interrupts the proceedings, how dare he stop this touching tribute. Ambrose handles Rollins quite well and arranges himself a title shot and of course we get Uncle Kane to save the day and keep his job for another day. Rollins doing the Pedigree makes me miss the Curb Stomp all the more. Rollins stands tall at the end of the day. The Authority claps in approval to close the show. This is my mood after watching this three-hour RAW which was good for the first 90 minutes:

Final Thoughts: At least they seemed focused this week and tried to build towards Elimination Chamber and we get a fantastic Owens/Cena segment out of this week’s RAW. 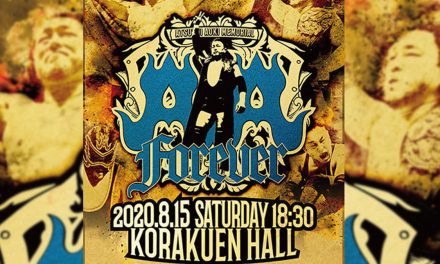 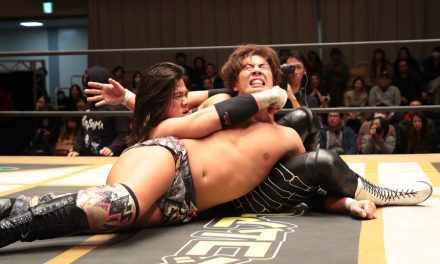