We’re one week away from NXT Takeover: Unstoppable. A lot of questions are out there heading into the show, especially with the injuries of Hideo Itami and Sami Zayn in the news. When you tape a whole set of shows a month out from an event, you risk having issues arise in the meantime that may put that show in jeopardy. NXT has been lucky with this in the past, but this may be a test to see how creative NXT can be if Zayn and Itami are indeed not ready to wrestle at Takeover.

Baron Corbin vs Solomon Crowe: This may have been Baron Corbin’s best match, yet. Crowe brought intensity, and Corbin matched in like a pro. Crowe came out hot and heavy, landing strong forearms to Corbin, but Corbin countered with power of his own, gaining the win with the End of Days. The intensity was great, and Corbin showed you his upcoming side as he was more heelish than he’s been recently on TV. The crowd was super into hating on Corbin, too, chanting “Baron’s gonna bore you” throughout.

Interesting was the fact that Crowe, who just debuted three months ago, already changed up his look a bit. He had a side of his head shaved, new music, and less orange than usual. Wasn’t sold on the music, but Crowe brought out the best of Corbin so far in NXT.

After the match was over, Rhyno came out to get Corbin’s answer to his Takeover challenge. Corbin agreed to the match by trying to sneak a punch in on Rhyno. The two brawled for a bit before officials broke them up.

Cameras caught up with Finn Balor, then Tyler Breeze, for thoughts on their Triple Threat match at Takeover. Each man said he’d win, in usual insets.

Sasha Banks vs KC Cassidy (unnamed): One of NXT’s newest signees, the yet to be renamed KC Cassidy, took on Sasha. It didn’t go well for her. Sasha won with her Bank Statement, then proceeded to mock Becky Lynch’s ring entrance. Oh, by the way, if you haven’t already, go check out Becky’s photo shoot on WWE.com now.

Charlotte and Bayley spoke about their new adversaries at NXT Takeover: Unstoppable. It’s Bayley & Charlotte vs Dana Brooke & Emma next week. You have no idea how excited I am for this athletic contest.

The One Man Nation Sesugh Uhaa is coming! Cameras caught up with Solomon Crowe and Uhaa exchanging pleasantries, with Crowe welcoming Uhaa to NXT.

Carmella vs Alexa Bliss: The Diva’s feud two weeks in the making – The MegaCuties explode! As a backdrop to the NXT Tag Title match at Takeover, these two had an overwhelmingly basic match. The Dubstep Cowboys came out mid-way to show support for Alexa, or hit on Carmella, or both, or neither, but probably both. Whichever it may have been, the two provided enough of a distraction to Carmella that it allowed Alexa to get the win with her top rope twisting splash. Afterwards, Blake & Murphy got in the ring with Carmella, called her garbage, then got told off. Big time. Carmella said her boys, Enzo & Big Cass, would walk out of Takeover as the tag champs, and the Dubsteppers would prove to be sawft.

Carmella was great in her speaking role, and this may have been the turning point on her as far as the crowd response to her goes. The Full Sail crowd has been pro-Enzo & Cass for a while, but never sold on Carmella. Part of it was she had her first feud against Blue Pants, a crowd favorite (somehow). They’ve been lukewarm at best on Carmella prior, but this programme, and her being clearly defined as a babyface, may help her future responses going forward.

Hideo Itami, like Breeze and Balor before him, stated that he will win the Triple Threat at Takeover. I DON’T KNOW WHO TO BELIEVE!

Dana Brooke and Emma told Devin that they aren’t jealous of their Takeover opponents, and are passing them by. Evil Emma and Bodybuilder Dana are the best tag team on planet earth. Dana ended the interview by patting Devin on the head, a now recurring segment of the show.

Tyler Breeze & Ray Leppan as Adam Rose vs Hideo Itami & Finn Bálor: Bálor’s music is still awesome. In case you weren’t aware. Rose & Breeze were opponents weeks ago, but they aren’t opponents next week like Itami & Balor are. That would come into play, as Balor and Itami had a little dissension during the match. The climax came when Itami tagged himself in as Balor set up for his finisher, but Itami turned right into a rollup by Breeze for the loss. As Balor and Itami were arguing after the loss, Breeze kicked both men down. Adam Rose held Breeze’s arm up in victory, but wouldn’t you know it, Lone Wolf Tyler Breeze superkicked him dead and celebrated his night with his bestie, the selfie stick.

Kevin Owens and Sami Zayn Face Off: It sure looks like WWE thinks Sami Zayn is going next week, and Owens vs Zayn will happen. All the build up, all of the newly placed in commentary, all of the video packages, it just doesn’t seem like the main event is going to be postponed due to Zayn’s injury. Anyway, the face to face started with Zayn wondering why exactly Owens is so hellbent on mercking Sami Zayn. Owens stood silent as Zayn went through a laundry list of reasons why Owens could have his sights set so focused on Zayn. Finally, Zayn wondered if it was about Owens’ son, and how his kid would wear Sami Zayn T-Shirts to school. Owens looked angry, but didn’t respond, choosing instead to just leave the ring. Once on the stage, with his back to Zayn, Owens said that he knows the truth. Zayn went missing after Takeover because he was hurt, Owens knows what the injury is, he knows that he hurt Zayn, and at Takeover… he’ll do it again. This time, however, Zayn won’t come back.

It’s quite interesting that this angle of Zayn being hurt coincides with Zayn’s real shoulder issues, especially after the match with Cena on Raw. How will they continue to play it as it all works together? We’ll have to wait until next Wednesday.

This episode, really, was pretty dry. Not that I didn’t really like parts, as I did, but most of them were backstage segments. The two divas interviews with Devin setting up the tag match at Takeover were great. I probably enjoyed Corbin vs Crowe more than anything else on the show, however. Think about that for a moment. Not the best episode of NXT, but Takeover: Unstoppable is in no way less anticipated because of it. Not for me, anyway. I’m quite hyped. 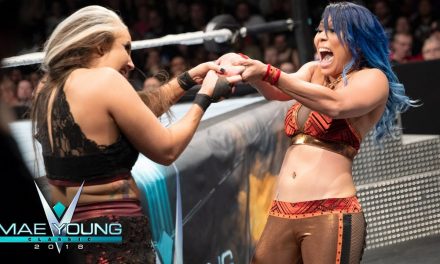 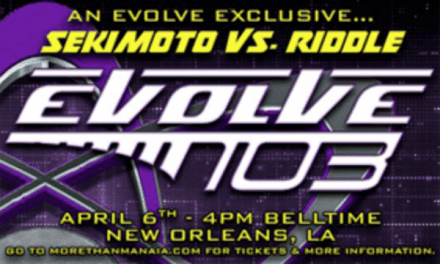