Some of the wrestling history’s most lasting images don’t depict a newly crowned champion hoisting a belt to the applause of fans. Instead, some show a fallen hero, desecrated or destroyed, contorting in agony to the screams of onlookers. Moments can be memorable for a variety of reasons, including their ability to disturb. Wrestling’s most disturbing moments are among its most indelible, which demonstrates the power of wrestling psychology.

Wrestling draws much of its impact from the stories used to build matches. Audiences are more likely to buy into matches they care about. Getting audiences to care requires sympathy or collective hatred for a character and is the basis for wrestling psychology. At its best, psychologically manipulative storytelling can trump physical performance. A marriage of storytelling and physicality is ideal, but a riveting story that builds to a match might be remembered more than the match itself.

To milk sympathy or even empathy from an audience, wrestling bookers must tread the line between engrossing and sensationalistic. The more sensationalistic a story is, the more likely audiences are to dismiss it as cheap. Misjudging this balance has been behind some of wrestling’s lowest moments. Although memorable, these low points have been remembered for the wrong reasons.

Risky storytelling can lead to cringe-inducing failures, but also can lead to resounding successes. If the success of a story is measured by its effect on an audience, some of wrestling’s greatest successes have come from its darkest moments. These haven’t always been angles that have drawn the most dollars. They haven’t necessarily been moments that have elicited the strongest crowd reactions. The most effective stories might be the ones that have haunted audiences for years.

A few elements help drive these stories into the psyche. First, disturbing stories resonate most in young, impressionable fans. The stories are most effective when kayfabe is maintained to the greatest degree. They also work best when bookers have few restraints. This combination of factors means stories from previous decades were the most likely to stick with fans.

With the decline of kayfabe and the rise of more family-friendly programming, sufficiently edgy storylines have become rare. Older fans can recall terrifying angles from their childhoods. The legacy of these stories speaks to their power as well as to the era. To illustrate this, consider a few angles from the 1980s that continue to disturb fans of that time.

A feud between Magnum T.A. and Tully Blanchard included a steel cage “I Quit” match. In the final minutes, Blanchard smashed a wooden chair and attempted to drive a broken piece in Magnum’s eye. The audience shuddered and shrieked. Magnum reversed Blanchard, taking the spike and turning it on him. Blanchard screamed as though he was in legitimate danger. The crowd reacted like they were witnessing an execution. Viewers at home—especially young viewers— were not used to seeing such a visceral display.

A few years later, the Road Warriors and the Powers of Pain had a bench press competition. During the competition, the Powers of Pain attacked, using a weight to smash Animal’s eye socket. In the following weeks, Animal played up the injury, claiming his orbital bone was crushed. The Road Warriors did a few promos out of makeup to underscore the angle’s seriousness. It worked. Again, audiences hung on the storyline.

In one of the most gruesome moments in wrestling history, Earthquake killed Jake “The Snake” Roberts pet snake, Damien. During a televised match, Earthquake trapped Roberts in the ropes and forced him to watch as he jumped with all his weight onto the bag containing Roberts’ pet. Roberts’ anguished expressions sold the story to the audience. While adults might have realized that the WWF wouldn’t have risked on-air animal cruelty, the implication was unsettling. Younger fans were left to contemplate the horror of the scene.

Contenders from the roughly the same era include Jim Cornette blinding Ron Garvin, Ron Bass assaulting Brutus Beefcake, and the Undertaker sealing the Ultimate Warrior in a casket. Each scenario would seem banal today, but in an age of kayfabe, when young eyes didn’t know better, these images were nothing short of harrowing.

More recent angles have come close to capturing this level of shock, such as CM Punk’s feuds with the Undertaker and Chris Jericho. Other efforts from the past decade or so have backfired. Scenarios such as Randy Orton attempting to murder the Undertaker or Vince McMahon exploding in a limousine forced audiences to suspend disbelief too far. Such lengths have felt necessary because of changes in what audiences will accept. ECW-style beatings became common in the 1990s and 2000s. Beatings like these may have incited audience riots during the 1970s and 1980s when they would’ve been sold like crimes. Selling a crime to an audience is difficult today.

Powerful storytelling need not be appalling, but some of the most effective in wrestling history has been. With kayfabe gone, agitating audiences isn’t easy. Wrestling psychology still can have an effect with the right kind of storytelling. Serious angles offer the best hope for this, so long as they aren’t too outlandish. At the risk of warping young minds, bookers might hook some fans for life by occasionally flirting with the disturbing. 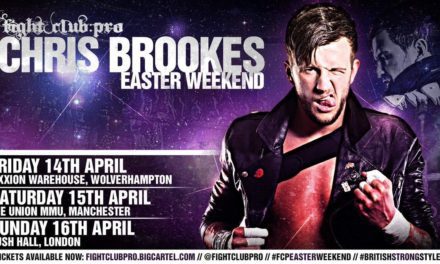