Bauer & Pollock appears to be on a bit of a hiatus. And no new Goldberg as of this writing.
The podcast week in review, brought to you by ProFlowers.com.

Human Podcast Machine #21 (4/24/15): Another draft show, as this time Taz, Mike Tenay, and Producer Seth run down their top ten tag teams of all time. As usual, some of the opinions are a little wonky (a combo of America’s Most Wanted & Beer Money as a top ten team, Tenay?), and maybe more overlap than you would expect, but also some good discussion and history. And as always, everyone craps all over each other in amusing fashion. Seth, in particular, takes a bad beating here. THUMBS UP

Talk n’ Shop #43 (4/25/15): Part 2 with Pepper Parks, as he, Karl, and Rocky break down women’s wrestling, going bald, getting into Canada, Pop Tarts before lifting, getting hacked on Facebook, Mark Jinjak, stealing clothes, and a lengthy discussion of farting. Not a show for the faint of heart, but another funny outing from Pepper. THUMBS UP

MLW Radio #176 (4/26/15): Still no Konnan, but we do get Court, MSL, Alex Greenfield, and Ed Ferrera. The show starts with 23 minutes of non-wrestling talk, discussing Star Wars, the new Daredevil show, the Ghostbusters reboot, and Superman vs. Batman. Things actually slow down when they discuss the future of Lucha Underground, Global Force Wrestling, and NXT as a touring brand, as the guys basically admit there’s not much going on. THUMBS IN THE MIDDLE

Piper’s Pit #55 (4/27/15): Roddy has Johnny Mundo/Morrison and Chavo Guerrero Junior to discuss lucha underground. They’re later joined by a producer for LU, who also worked on Legends House, so of course we get some rehashing of that show as well. Morrison comes off as a cool and clever guy, which amazes me because he’s so wooden on TV. This is a fun discussion, and by my count Piper’s third good show in a row (I’m as amazed as you). THUMBS UP

Steve Austin Show #215 (4/28/15): Wade Keller is back to help Steve run down the Extreme Rules show. They have an in depth discussion on all the matches, wrestlers, and possible future storylines. Steve certainly isn’t afraid to be critical of wrestler’s selling (don’t even no-sell a DDT around this man). Wade does usual fine job as analyst sidekick, and as usual these shows are about as good as Austin gets these days. THUMBS UP

The Ross Report #63 (4/28/15): Mike Johnson of PWInsider joins JR to run down the Extreme Rules show. They have a very lengthy conversation (nearly 2 hours) and JR skips the usual monologue to get right into it. They don’t do a chronological review of the show, jumping around more and hitting topics here and there. There are also discussions of Ronda Rousey, TNA, ROH, Lucha Underground, and New Japan. Johnson does a good job and JR strays from his usual tired talking points, which makes for a long but enjoyable show. <Johnson’s interview starts at 5:40> THUMBS UP

Talk is Jericho #138 (4/29/15): Another double bill, as up first is Lance Storm to help Jericho, you guessed it, run down Extreme Rules. I like the Storm/Jericho pairing as a change of pace from Storm’s usual appearances. Then Jericho talks to Larry King and his wife Shawn about their podcast, and Larry’s history in the business and famous interviews. The Kings’ do the bickering couple routine, which is OK at first but grows tiresome by the end. <Storm’s interview starts at 5:40, the Kings’ interview at 44:22> THUMBS IN THE MIDDLE

Art of Wrestling #248 (4/30/15): A live show from Cardiff, Wales features a unique trio of guests. Up first is referee Steve Lynsky in a short but inoffensive bit. Next is Bob Holly, who continues his reputation damage control tour. Bob talks a lot of the same points as you’ve heard on other outlets, but he remains a surprisingly engaging guest. Last and best is Harry Smith Jr., who talks about hanging out with Dynamite Kid, his dad, and the original Tiger Mask’s rather brutal training techniques (which even shock Bob Holly). THUMBS UP

Steve Austin – Unleashed #216 (4/30/15): After talking with his wife about farting for a bit, we jump into part 2 with Shane Douglas. All wrestling talk this time, as Shane recounts his time in WCW, WWF, ECW, and TNA, his promo style, run-ins with the Kliq, the Mass Transit incident, his feud with Ric Flair, and the state of the business today. Shane’s timeline gets a little wonky at times, but he comes across as an earnest and engaging speaker. The only downside is, not only is Steve’s breathing audible all throughout the show, he appears to be frying an egg at one point. THUMBS UP

The Jim Cornette Experience #75 (4/30/15): We start with a lengthy introduction, where Jim pinballs between topics. Some, like remembrances of Chris Candido and Verne Gagne, are excellent audio. Others, where he rails against Michelle Bachman, are less so. Then Graham Cawthon (who isn’t even listed in the show description) joins to talk about his new book about Madison Square Garden. The interview is good, but it’s so short (shorter than the introduction!) that it leaves you wanting more. <Cawthon’s interview starts at 41:05> THUMBS IN THE MIDDLE

Live with Chris Jericho #2 (4/30/15): Jericho sits down with Stephanie McMahon for his second outing on the WWE Network. This is basically an hour of how awesome the WWE is and what a super guy Vince McMahon is. Most of the questions aren’t even softball, they’re tee-ball, and when Jericho does ask an interesting question (like about AJ Lee’s Twitter comment about the Divas’ pay) it all gets quickly deflected. If we all were worried about this just being fluff, it was even worse than we imagined. THUMBS DOWN

Talk is Jericho #139 (5/1/15): First Jericho describes his terrible, horrible, no good, very bad week, and then he drives over to Seamus’ house for an interview. Seamus provides a comprehensive overview of his career, from his pre-wrestling jobs in IT and security, getting knocked out in his tryout match, getting heat in the locker room, the 18 second Mania match against Daniel Bryan, and his return and brand new look. It’s an interesting interview that provides some good perspective on making your way up the ladder in the WWE. Seamus’ interview starts at 25:09> THUMBS UP & BEST OF THE WEEK 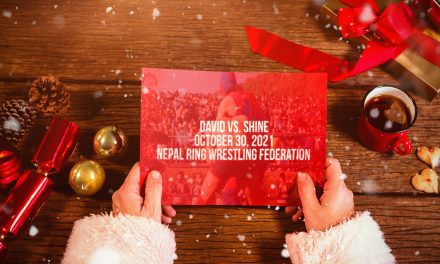 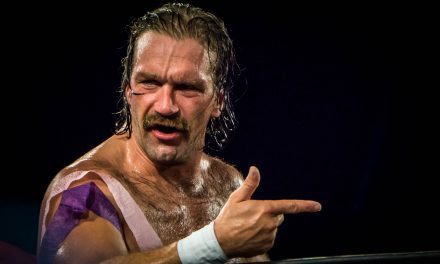