1. Fandango vs Jack Swagger – Anybody who has ever answered to, or has been passed up by someone less qualified should be legitimately angry at the now nearly decade long WWE employment of Rosa Mendes, who is completely and utterly useless in every single role she has ever been utilized in within the confines of the company. She does nothing at a major league professional wrestling level. I would feel confident in saying that every female performer who has passed through developmental since Mendes entered the WWE system (2006) has been more qualified than she is in at least some capacity, or at the very least her equal, although “equal” in this case equates to being a complete non-entity, so that’s not really saying much. There is a minimum level of talent one should have in order to sniff WWE TV, and while I would love to call that minimum level The Rosa Line, I don’t feel comfortable doing so, because that hypothetical line is at least four of five notches above where she sits. This company could hire, at minimum, 100 women from the indie scene who would bring more to the table than Mendes. I attend a lot of indie shows, and I see some very indieriffic “talent”. I have never seen a less talented woman perform on a wrestling show than Rosa Mendes. Even equally horrendous bell-to-bell wrestlers like Veda Scott are light years ahead of Mendes in the charisma/personality/promo department (and for the record, I think Scott would be a tremendous WWE addition…in a non wrestling capacity). Mendes isn’t good at anything, and her continued employment, personal life rumors that i’m not going to get into aside, completely baffles me. **1/2

2. R-Truth vs Luke Harper – I legitimately thought my TV was malfunctioning during this match, but as it turns out there was a lighting issue in the building that was causing the lights to flicker on and off. Superstars is so low profile these days that even super image conscious WWE didn’t bother to re-shoot those first 90 seconds or so of the match. A few months ago in this very column, I ranted that younger dudes like Harper & Erick Rowan (who at 35 & 33 respectively aren’t exactly spring chickens themselves) should be in the roles currently held by Kane & Big Show, getting the rub of being part of The Authority and the main event spots that come with it, while being groomed as the next-gen monsters. Here we are months later, and Harper is jobbing on Superstars to lower mid carder for life R-Truth, who is over 40 with zero upside. This company. **

1. Jack Swagger vs Adam Rose – I wish they would cut Swagger already so he can go to Japan and hoss it up against *insert hoss of choice here* (I’m partial to Tomohiro Ishii, Diasuke Hashimoto, Davey Boy Smith Jr, or Kohei Sato as potential matchups). Swagger worked with a real sense of ferocity in both this match and the Fandango match (which he inexplicably lost), but even as a big Swagger fan, I can admit that he just may not have the proper skill set to get above a certain level in WWE. Bad timing, wrong era, the ill timed arrest, whatever the reason, Swagger has been around for longer than you might think (seven years) is entering his mid 30’s, and could probably use a fresh start someplace else, even if it eventually brings him back here with the stink of underachievement washed off of him. Swagger won this one with the ankle lock, and as usual he worked harder than most people bother to on this show. **1/2

2. Curtis Axel vs R-Truth – Despite not being booked for Extreme Rules, Axel explains that nobody is more Axetreme than the Axe Man. They had a catch phrase battle (What’s Up defeated Axelmania in a squash) which ended with Truth tossing Axel out of the ring and break dancing on his t-shirt. This was all way more incredible than it probably sounds. Axel is not a great wrestler and at this point probably never will be, but he has to get some credit for working really hard on the character side of things. Rosa Mendes should take notes. Lots of trademark Curtis Axel side headlocks in this one. He works the no heat generating heel rest holds more than most, which is really saying something in this company, probably due to watching all of those 80’s house shows his old man worked. R-Truth wins again. Not that it matters much, but these shows are post WrestleMania, where Truth was of course part of the IC title match, so I really don’t understand why he’s still beating people (especially Harper). *

1. Zack Ryder vs Heath Slater – Zack Ryder and Adam Rose followed up their war of Twitter words with a couple of the worst (and dullest) matches you’ll ever see on WWE TV, so store that away for your Worst Feud of the Year voting purposes. Suffice to say, I was happy to see Heath “This is what CJ Parker saw in his crystal ball so he bounced” Slater back on Supes instead of another lame Rose/Ryder match. This was a battle of (literally) the two lowest bottom feeders in the push pecking order, so I was very curious to see who would go over. Slater reversed the Broski Boot into a powerbomb, which was a bad ass spot. Ryder eventually hit the Rough Ryder to pick up the win in a decent little match. Slater is 0-27 since returning in February. He’s lost his last 56 matches. **1/2

2. Curtis Axel vs R-Truth II – Rematch. As in, literally an identical rematch. The same pre match mic work by Axel, the same catch phrase battle which ended with the same spot where Truth throws Axel out of the ring, the same Axel side headlock spots, the same hope spots, the same Axel mid match trash talk, EVERYTHING was the same as the week before, including the same exact finish. Here’s one thing that’ll be different. My rating, which goes from * to DUD for being lazy and uncreative. Truth once famously shouted out the wrong city on live TV, so maybe he thought these were house shows.

1. Bad New Barrett vs Jack Swagger – Bad News Barrett is a five time Intercontinental champion. Sounds impressive, but can you name the five men he defeated for those titles? I couldn’t recall one match without looking it up. Answers at the end of this review. Tight little match here that could have been a lot better with three or four more minutes. Barrett won with the Bull Hammer, but there were some good teases worked around the ankle lock, and Swagger looked good here again. Titus O’Neil was the Superstars MVP of 2014, and it looks like Swagger is the early front runner this year. **1/2

They aired the Triple H Tough Enough promo from RAW where he desperately tried to get the crowd to pop with zero success. This version was cut short before he totally died. It was still cringy and uncomfortable to watch.

2. Cesaro & Tyson Kidd vs Los Matadores – So we all love Torito, but where do we go from here? He debuted, he got over, he had his inevitable feud with ‘Swoggle, he had his surprise Rumble appearance…what’s left? I’d like to see them bring in more minis for him to feud with, but other than that, what can you really do with the guy? We can play UPROXX fantasy land and pretend he should be mixing up with the full sized dudes 50/50 because of Irish Whips or something, but the vast majority of us realize how stupid that would be and why it wouldn’t work. Assuming they aren’t raiding Mexico for more talented minis any time soon, I’m genuinely stumped at what purpose he serves. They don’t even market him very hard towards kids, which seems like a pretty big wasted opportunity to me. Disappointing match here, with Cesaro using a school boy on (I have no idea), with a hand full of tights for the dastardly heel victory. ** 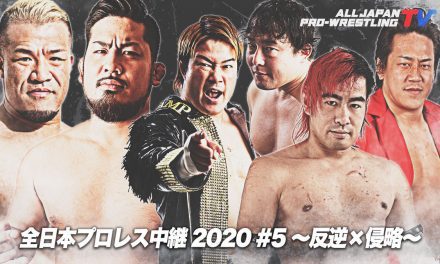