After the incredibly dramatic finish to the Invasion Attack main event, where Kenny Omega distracted his former Golden Lovers tag team partner Kota Ibushi for just long enough to allow A.J. Styles to beautifully counter Ibushi’s Phoenix Splash into a Styles Clash and retain his IWGP Heavyweight Championship, the main event for Dominion is set; A.J. Styles vs. Kazuchika Okada in the Osaka Jo-Hall, where New Japan will hope to draw big numbers for a re-match one year in the making.

Invasion Attack’s ending held many long-term implications for Ibushi, Styles, Omega and the Bullet Club and created the big main event for Dominion in July, but the next two important shows, Wrestling Dontaku (May 3) and Wrestling Hi no Kuni (April 29), will take a step away from the IWGP Heavyweight scene and focus on New Japan’s other major titles. Dontaku will be headlined by Shinsuke Nakamura defending the IWGP Intercontinental Championship against Hirooki Goto, while Hi no Kuni will see Tomohiro Ishii defend the NEVER Openweight Championship against Togi Makabe, who had to vacate the belt in February. Hi no Kuni is a house show that picked up a mushroom power-up, and its main purpose is to see if the NEVER title can draw in the main event outside of Korakuen Hall.

There are a lot of ‘repeat’ match-ups on these two shows, so instead of breaking both cards down match by match, we’ll look at the major matches and the major stories that will continue and develop over both shows.

On the Road to Invasion Attack at Korakuen Hall, Shinsuke Nakamura’s new ‘binoculars’ taunt seemed to irate Hirooki Goto. Goto picked up the victory over the CHAOS team that night (guess who he pinned?), but Nakamura continued to use his hand binoculars, seemingly saying “where is Goto?” Overlook Goto at your peril, as he handed Nakamura his first pinfall loss at Invasion Attack in a 6-man tag, his first since the G1 Final last August. Nakamura disrespected Goto and paid the price for it, and now they will fight for the Intercontinental Championship. It’s been a good setup for what could have otherwise been a rather bog-standard title defence, and Goto pinning Nakamura really meant a lot because of how well Shinsuke’s been protected in his role as ‘secondary’ champion. It makes Goto look like much more of a threat than Shibata or Nagata in their challenges. This match has all the chance in the world to deliver, and it’s great to see Nakamura back in a singles match. The pair are opponents in a 6-man tag on the Hi no Kuni show as well, but don’t expect either man to be involved in the finish of that.

This feud has become exceptionally intense in the last month or so. Since Makabe returned from the illness which forced him to vacate the NEVER Championship, he has been placed into tag matches against Ishii and the two have not been able to stop butting heads, literally. Every time the second man makes his entrance, he immediately goes to the first man and starts shoving and jawing with him. Every time one tags in, so does the other, and they immediately start running into and elbowing each other. The MANLINESS of this feud is off the charts, and it’s all set to boil over here. The pair had a very good match at Wrestle Kingdom 9, but it was a step down from Ishii’s classic matches of 2014. New Japan lucked into delaying the re-match until this show and making it more exciting as a result, with the added bonus of creating an Ishii/Honma match as a replacement that turned out to be a Match of the Year contender. Let’s see if Ishii can retain that form from New Beginning, and draw a good crowd, in the match I’m most excited about on these shows. An interesting point to note is that the two will be on opposite sides of a 6-man tag match again at Wrestling Dontaku, which could indicate this feud will continue onto Dominion. Is that a sign that Makabe is winning the title back?

Kenny Omega had his best match in New Japan against Mascara Dorada at Invasion Attack, and excellently played remorse for distracting former friend Kota Ibushi and costing him the IWGP Heavyweight Championship. He looked on forlornly while the rest of the Bullet Club went over the top in celebrating Styles’ victory, setting up future stories for Omega and showing that New Japan have big plans for him as a top star. All that long-term potential needs to be forgotten about for now though, because Omega has a Junior title to defend. Alex Shelley is the latest challenger, and has a hard act to follow in Dorada. It’s very interesting to see how Omega develops in the early stages of his New Japan career. One has to assume that Omega dispatches Shelley and then moves on to his partner KUSHIDA at Dominion. The real intrigue will come from how New Japan get to that match; will KUSHIDA win Best of the Super Juniors after coming so close last time?

reDragon are back in New Japan after a two month absence, and are straight back into Junior Tag Title contention. They could realistically win the belts to promote the ROH/NJPW shows in May — this is the Junior Tag division, hot shot title switches don’t matter. All three teams will be on those joint shows, and whoever the champions are after this match will probably get pinned in North America to set up the Junior Tag Title match at Dominion. I always overthink these matches, their role is to be crazy and good fun, not to tell an intricate story over many months. Expect a great match if this style is your thing, and let’s say Roppongi Vice retain by pinning the Bucks since they only just won the belts, and ReDragon are the challengers at Dominion so we get a fresh match up.

He’s back. The greatest seller of our generation gets another chance at the NWA Heavyweight Championship in Japan, this time against Hiroyoshi Tenzan.

Big Daddy Yum Yum won’t get to take Kojima’s infamous Machine Gun Chops, but now he has the chance to wave his hands in the air like he just doesn’t care while taking Tenzan’s Mongolian Chops. I anticipate greatness.

Meanwhile, Jushin Thunder Liger aims to regain the NWA Junior Heavyweight Championship by defeating the man who beat him for the belt; Steve Anthony. From the very little I’ve seen of Anthony, he seems like a fine pro wrestler, and according to Cagematch is the “King of the 450 Splash”, so make of that what you will. Liger managed to get good chemistry with previous challenger Chase Owens after a couple of matches, so let’s see how Anthony matches up.

Both NWA Championship matches are on the Hi no Kuni show, meaning that for the second tour in a row, the NWA titles have been used to make a less important show mean more. It’s a good idea to get people on NJPW World for the less important shows by putting some gold on the line.

The Kingdom vs. The Bullet Club (Dontaku)

For the first time since 2002, women will be wrestling inside a New Japan ring in this six-person intergender tag match, a rematch from Invasion Attack between The Kingdom and Bullet Club teams with Maria Kanellis and Amber Gallows added in. Maria will once again be the focal point of the match-up as she continues on her rise to stardom in Japan, with Karl Anderson hopelessly in love with her and Doc Gallows threatening to kill her. Amber Gallows, as the name would suggest, is the real-life wife of Doc and appeared at Wrestle Kingdom as the ‘Bullet Babe’. She’s been wrestling in the US forever, so it must be awesome for her to get this opportunity. Maria actually wrestling here shows that New Japan are serious about featuring her prominently going forward, but I’m not expecting miracles from this match. Anderson will be love-struck, Maria will pin Amber, and Michael Bennett and Matt Taven will also be there.

The Okada/Styles, Tanahashi/Yano and Shibata/Sakuraba feuds will all continue over these shows in tag team matches. Nothing of huge significance will occur in these tag matches, but they should be good fun and will probably set up the Tanahashi/Yano singles match at Dominion. I’m not sure if Shibata and Sakuraba will get their match as soon as Dominion, as there may just not be enough room on the card. That one may get dragged out all the way to the Tokyo Dome, much like Suzuki/Sakuraba last year.

Okada vs. Styles is already set as the main event of Dominion, which means that both men will get to hit their finishers on the other’s jobber partner and have a good ol’ staredown on both shows.

If you want a sleeper pick for best match of the two shows, this is it. Sandwiched in between two standard-fare undercard matches is this beauty, pitting Young Lion against Young Lion and Golden Star against Stardust Genius. Komatsu and Tanaka have recently been put in these tag matches alongside and against stars such as Yuji Nagata and even Hiroshi Tanahashi, and have been absolutely brilliant in bringing the fight to the very best in New Japan. Now they get to battle the faster-paced Heavyweights in Naito and Ibushi, and you have to believe the Young Lions will deliver again. They are at the end of their time as young boys, and are ready to either go on excursion or outright graduate to the Junior Heavyweight division in the next few months.

This will be Ibushi’s only match on the pair of shows; a low-key follow up to his Sumo Hall main event. However, Ibushi’s stock is still on the rise while Naito’s is stagnant. You get the feeling this kind of match is only a cool-off for Ibushi before moving onto something bigger, while Naito may find himself in this position on the card more often.

Looking forward: Between these shows and Dominion in July, New Japan will head to North America for the ROH joint shows, and after that, the Best of the Super Jr. tournament kicks off and will run through to early June. It’s a busy schedule with lots of shows, but the ongoing stories in New Japan will be on hiatus because of the self-contained nature of both tours. The ROH shows look really awesome and will allow KUSHIDA, Naito and Takaaki Watanabe in particular to show what they can do with high quality opponents in singles matches, so it is a proving ground of sorts to show Gedo they deserve a push.

Final Thoughts: When you combine the big matches from each show, Wrestling Hi no Kuni and Wrestling Dontaku form a pretty good show. There is a lot of filler, particularly on the Hi no Kuni card, which I’ve neglected to mention here, but nothing should be overtly offensive and if Satoshi Kojima and Captain New Japan vs. Yujiro Takahashi and Cody Hall doesn’t appeal to you, you can always watch the show on VOD and skip the filler. The two main events are big matches that have been built really well, and if the Hi no Kuni show is successful, then expect to see plenty more of Ishii in big matches going forward. The really big stuff is being saved for Dominion, but there’s plenty of good stuff here that should make an entertaining watch. 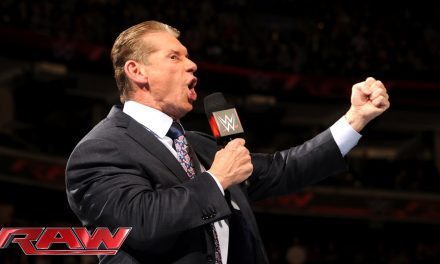