Kurt Angle came to the ring. He called out Eric Young (who he’s defending the title against in the main event). Angle reiterated his promo from last week asking for the old Eric Young to come back. Young said Angle got through to him last week and said Angle will be wrestling the real Eric Young tonight. Angle and Young shook hands. Austin Aries interrupted proceedings. Aries doesn’t believe Young is a reformed character. Aries said he’s cashing in his Feast or Fired World title shot in the main event. For some reason this postponed Young’s title shot. I guess Feast or Fired shots take precedence over the current number one contender. Young was not pleased about this.

Gail Kim vs. Brooke vs. Angelina Love vs. Madison Rayne: Rayne jumped Terrell before the bell. Gail hit a double dropkick on Angelina and Rayne. Madison countered a head scissors into a nice Northern Lights for two. Brooke hit a facebuster on Madison but Angelina broke up the pin. There was a four way submission chain but Madison escaped and broke it up. Brooke hit a swinging neckbreaker on Rayne and followed with a top rope elbow. Gail took out Angelina with a dropkick and then Brooke and Gail took each other out with both oing for a crossbody. Angelina hit Brooke with the Lights Out, Gail then hit Angelina with Eat Defeat, Rayne followed with the Rayne Drop before Brooke caught Rayne with the Tess-Shocker for the win. I enjoyed this; they could have done with more time to help take it to the next level. **3/4

Mica vs. Kenny King: King jumped Mica before the bell. Way too many TNA matches start with a pre-match attack. Drew tripped MVP within eyeshot of referee Earl Hebner so Hebner ejected Galloway and Eli Drake. King crotched Mica on the ropes and kicked him to the floor. This allowed MVP and Low Ki to attack on the floor. King worked over Mica for a while before Mica caught him with a back drop. Mica followed with a splash in the corner followed by Big E’s Big Ending. Low Ki distracted Mica allowed King to hit a kick but Mica kicked out. King went for a springboard but Mica turned it into a Samoan Drop for the win. The Rising and the Beatdown Clan brawled for a while before Homicide took The Rising out with a baton. Low Ki hit Galloway with a pipe. *1/2

Jade w/ Marti Bell vs. Laura Dennis: Jade and Belle gave out to Christy Hemme for failing to announce them as The Dollhouse. Jade hit a gutwrench suplex for two. Dennis finally began making a comeback but Marti tripped Dennis and for the second match in a row the referee ejected somebody from ringside. Marti didn’t take kindly to being kicked out and attacked Brian Stiffler instead. Jade was disqualified. The Dollhouse were upset about being disqualified so they whipped Christy Hemme into the steps. This was not a particularly strong introduction for the new group. *

Impact returned with Magnus already in the ring. He introduced Mickie James to make a major announcement. Mickie announced that she was going home to be a mom. As the crowd chanted “Thank You Mickie” James Storm came to the ring. Storm talked about all the reasons he likes Mickie and says he doesn’t want to see her go. Magnus wasn’t all that pleased at Storm’s contribution to this. Storm wanted Mickie to have one more match. Mickie agreed to have one more match. The idea here is Mickie and Magnus made a decision together and Storm came out and interfered with that. My problem with that is Mickie and Magnus have appeared together only a handful of times so it feels way too early to be teasing any dissension between them. Storm was great here though, mostly because he dropped his growly promo stuff.

Davey Richards vs. Manik: Some nice chain wrestling to start before Richards hit a dropkick followed by a big kick on the floor. Manik transitioned from a head scissors to an armbar but Davey reached the ropes. Manik drove Richards arm into the ring apron. Manik continued to work over Richards arm. Manik went for a springboard but Davey caught him with a kick. Richards fired off a number of kicks followed by a bridging German for two. Davey missed a double stomp which allowed Manik to go for a gutbuster but Richards rolled through for a two count. Davey hit a one man Alarm Clock followed by Creeping Death for the win. This was a breath of fresh air on this show, a fun athletic match. Naturally it was only five minutes long. The Revolution jumped Richards after the match but The Hardys made the save. **3/4

EC3 came to the ring, accompanied by Tyrus with some balloons. EC3 officially declared himself the next TNA World Heavyweight champion. He ran through all his qualifications. His 20 month undefeated streak. His victories over Angle, Bully and Sting. If EC3 were to become champion he claimed that unemployment would fall by 79% (which would be well below what is generally considered full employment so good luck to him with that) and unmotivated children and lazy millennials (which was misspelled) would be down 67%. The idea was he was spoofing an announcement that he was running for president. Mr Anderson interrupted. Anderson said EC3 had a hell of a future. Anderson said you don’t win championship with goons or politicking but rather through hard work. They brawled for a little while before Anderson went for the Mic Check and EC3 bailed.

Both EC3 and Anderson were good here but tonally it doesn’t feel like where EC3’s character should be at the moment. EC3 is a funny guy and because of that there can be a natural tendency to gravitate toward goofiness and comedy with him but after the Spud match that shouldn’t be the case. EC3’s promo after the Spud match felt like a real evolution for the character toward a more serious, hard edged EC3. Not that he can’t still be spoiled and self-entitled and occasionally funny but the crux of the character should be a man who feels the whole world should belong to him and he’s going to take it through any means necessary. If you’re going to move EC3 toward being heavyweight champion (which should really be TNA’s goal this year, EC3 should be the man to beat Angle for the title) they have to move EC3 toward being a more credible title contender, and a goofy feud with Ken Anderson isn’t going to do that.

Awesome Kong vs. Taryn Terrell© – TNA Knockouts Championship: Taryn suggested they make this a No DQ match and Kong agreed. Terrell attacked early but Kong just shrugged her off, took her out to the floor and swung her into the guardrail. Kong hit her with Kendo sticks. Kong looked for a Powerbomb onto the step but Taryn escaped. Taryn took Kong off her feet with a crossbody but Kong kicked out at two. Taryn pulled a table from under the ring. Josh Mathews did fine by himself on commentary again but he really could do with somebody to play off of. The Dollhouse came to ringside. The Dollhouse attacked Kong and helped Terrell triple Powerbomb Kong through the table and Taryn retained. Terrell is the leader of The Dollhouse. *1/4

They did subtly hint at this with Taryn going a little crazy in the recent three way with Gail and Kong and her promo last week had a tang of desperation but it still felt like it came out of nowhere. Promos aren’t really Terrell’s specialty so I worry about her having to lead a heel stable.

Austin Aries vs. Kurt Angle© – TNA World Heavyweight Championship: Eric Young jumped Aries before the match and Piledrove Aries on the floor. Nice of them to bait and switch with Angle vs. Aries. Young then Piledrove Aries on the ring steps. Angle came out to run off Young but Young attacked him when Angle rather foolishly turned his back. Young removed Angle knee brace and attacked Angle’s knee with a chair. Young locked on the Figure Four as the show went off the air. Next week’s show is Hardcore Justice.

Final Thoughts: For a show billed as a Night of Knockouts the ladies weren’t given a real chance to shine. The four way was good but too short and the title match wasn’t so good and was also too short. As usual with TNA they tried to cram way too much onto the show. Instead of focusing on the Knockouts there was also the EC3/Anderson stuff, the Magnus/Mickie stuff, the latest in the Eric Young/Kurt Angle drama, an X-Division match, and a Rising/BDC segment. And as usual none of it got enough time to develop into anything memorable. If anything this show paid lip service to the Knockouts with the focus actually being elsewhere. A pretty poor show in truth. 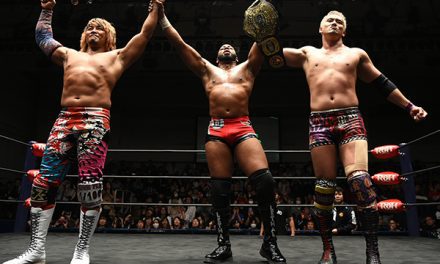 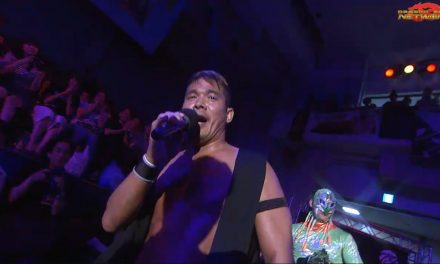