The Revolution (James Storm and Khoya) vs. The Hardys: Josh Mathews was by himself on commentary, he said Taz was on assignment. That’s going to turn out to be a pretty long assignment. I’m quite happy to see Taz go because for me there have been few more destructive presences in TNA than Taz. He constantly undermined everything by not taking it seriously. And what was most frustrating was when he was focused and motivated he could be a damn good announcer. But most of the time he wasn’t focused and he wasn’t motivated, instead goofing off and cracking jokes rather than trying to explain and get over what was happening in the ring. It’ll be interesting to see who they replace him with (with Mike Tenay and JB on the books it’s not like they are lacking announcers).

The show was a one night mini tournament to determine new tag team champions. There were four qualifying matches with the four winners entering Ultimate X to determine the new champs (after The Wolves vacated the titles a couple of weeks ago due to Eddie Edwards’ injury). Hardys started hot hitting Khoya with Poetry in Motion. Khoya slammed Matt on the steps and The Revolution took over. Josh Mathews used the work abeyance which brought back horrible flashbacks of 2013 in WWE.

Matt caught Storm with a Side Effect and made the tag to Hardy who ran wild. Storm missed Last Call and hit Khoya and Jeff hit the Swanton or the win. Storm attacked and berated Khoya after the bell. The Revolution has been a real dud as an act. It’s done absolutely nothing for everybody involved, particularly James Storm who it’s supposed to be a vehicle for. *3/4

Eric Young came to the ring. He accused Kurt Angle of ducking him (in spite of wrestling him in a title match last week). Young wanted a one on one title shot. Angle came out. Young said in Angle he can see a man that can be beaten, that can be hurt really badly. Angle said Young already knows he has his title shot next week. This is the first I’ve heard of this. Angle tried to appeal to Young’s better nature, he wanted to see the return of the old Eric Young. Young vs. Angle for the title is next week.

The Beatdown Clan (Kenny King and Low Ki) vs. Mr Anderson and Rockstar Spud: The BDC dominated Spud early. Spud finally hit an enziguiri and looked to make the tag but Low Ki knocked Anderson off the apron. This angered Anderson who dropped Low Ki and King with a clothesline, hip tossed Spud into the corner and made the tag. Anderson hit Low Ki with the Green Bay Plunge, rolling over King in the process. Anderson lifted Spud up and threw him into a ‘rana on Low Ki. That was neat. Spud hit the Underdog on King but as he covered him, Low Ki came off the top with Warriors Way to give the BDC the win. Once Spud finally made the tag this became fun. **1/4

Jay Rios and Tigre Uno vs. Ethan Carter III and Bram w/ Tyrus: Jay Rios is one half of Los Ben Dejos. Pretty random to debut him here, without his partner. Rios and Uno hit stereo dropkicks on EC3 before Uno looked for a crossbody to the floor but Tyrus caught him and hit him with a slam on the floor. EC3 and Bram dominated Uno for a while. Uno made the tag to Bram and Rios hit a huracanrana, a missile dropkick and a springboard cutter. Rios hit the ropes, but EC3 hit him with his cast and Bram followed with the Brighter Side of Suffering for the win. The problem with so many tag matches on the same show is the all end up looking very similar, especially when they’re all around 5 minutes long. **

Christy Hemme introduced the entire Knockouts division except Kong for a big announcement. Next week will be TKO, a night of Knockouts. This will include Terrell vs. Kong for the title, Kim vs. Brooke vs. Love vs. Rayne to determine the next number one contender, and the debut of new Knockouts (a vignette for the Dollhouse (Mia Yim and Marti Belle) aired last week). The idea of a Knockouts show greatly excited Brooke. Terrell promised to take down Kong next week. This naturally brought out Kong. Nobody else in wrestling has mastered the death stare quite as well as Kong. All the Knockouts brawled for a while before Terrell took them all out with a crossbody to the floor. TKO is next week.

The BroMans vs. Dirty Heels: Before the match Aries and Roode tried to drive a wedge between Jessie and Robbie. The BroMans couldn’t decide who should start the match so Aries hit them with a double sledge and threw them in. Roode and Aries are a really good team. Roode and Aries unloaded some double team stuff early. BroMans spent most of the match arguing. Roode tagged in Aries and he ran wild. Jessie cut off Aries going for a dive and hit a press slam. Roode pulled the BroMans out to the floor and Aries hit the Heat Seeking Missile. Roode and Aries hit their tag team finisher (the corner dropkick, followed by a spinebuster, followed by a 450 Splash) for the win. Best of the tag matches. Aries and Roode are great. Robbie and Jessie argued some more after the match and came to blows before Zema Ion separated them. Breaking up the BroMans is a terrible idea. They are MUCH better together than apart. Not to mention TNA have few enough teams as it is. **1/2

On orders from MVP, Homicide attacked Kurt Angle. They brawled around ringside for a while. I’m not really sure why the BDC are targeting Angle considering they are currently feuding with Galloway and The Rising. Homicide tried to hit Angle with his boot but Angle hit him with a German and locked on the Ankle Lock. The rest of the BDC then hit the ring. About five minutes later The Rising finally hit the ring. Way to be on top of things guys. MVP was still in the ring with Angle. MVP was going to hit Angle with a chair but Eric Young stopped him. Young took the chair instead but dropped it and left. The idea is Angle’s speech earlier actually got through the Young. Something tells me Young isn’t a reformed character and we’ll see a swerve next week.

TNA World Tag Team Championships – The BDC vs. Dirty Heels vs. EC3 and Bram vs. The Hardys – Ultimate X: A cool video on Ultimate X aired before the match (mostly just a collection of the bigger highspots) as well as another vignette for the Dollhouse. Everybody brawled to start. The Hardys went for Poetry in Motion, but Aries and Roode cut them off and then Aries took out EC3 and Bram with the Heat Seeking Missile. EC3 introduced a ladder.

Introducing ladders into Ultimate X raises my dander to no end. Ultimate X traditionally has one rule: no ladders. If ladders are allowed in the match then there is virtually no real difference between Ultimate X and a ladder match. It cheapens the gimmick. Traditionally in the past when ladders were used in the match it was by heels attempting to cheat (see the tremendous No Surrender 2006 match and Final Resolution 2008 where LAX and Team 3D respectively tried to cheat). Here while it was EC3 who introduced the ladder it wasn’t condemned at all by Mathews on commentary and babyfaces The Hardys used the ladders to win. If ladders are allowed in Ultimate X then having Ultimate X matches are pointless.

The Hardys commandeered the ladder and took everybody out. Low Ki, King, and each Hardy climbed from a different corner but Tyrus started shaking the frame and everybody fell. I’m not entirely sure whether that’s goofy or cool. Tyrus took everybody out and EC3 sat on Tyrus’ shoulders (he can’t climb due to his injured arm) but Aries took them out with a dropkick. Roode and Aries went to town on Bram and took him out with a dropkick and a spinebuster. They tried to climb but Homicide interfered and took out Roode and Aries.

Matt hit Homicide with a Side Effect and hit a Twist of Fate to Kenny King off a ladder. Matt and Low Ki battled atop the ladder while Jeff climbed the cables. The ladder tumbled along with Matt and Low Ki allowing Jeff to pull down the titles and become new tag team champs. This is the Hardys first time as TNA tag champs (which isn’t too surprising they haven’t been teaming that long in TNA) but more interestingly this is the first time Jeff has won the tag titles in TNA which is a little surprising considering his reputation as a tag team wrestler, the amount of time he’s spent in the company as well as his past loose teams with Mr Anderson and AJ Styles. Aside from the degree to which I utterly despise the use of ladders in Ultimate X this was a really fun match. ***1/2

Final Thoughts: Aside from a fun main event, this was largely a forgettable show. On paper all of the qualifying looked like foregone conclusions and none looked all that interesting and that turned out to be the case. Not to mention there’s not really too much you can do to differentiate one five minute tag team match from another no matter what wrestlers are in the ring. One thing they are doing much better lately is creating continuity between shows. Nearly every week they do at least include some kind of hook for the following week to try and bring you back, be it specific matches or an overall theme. That’s a smarter approach than isolated shows which don’t flow well into each other from week to week. 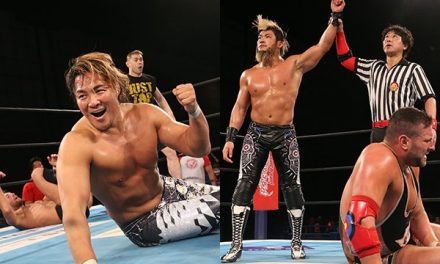 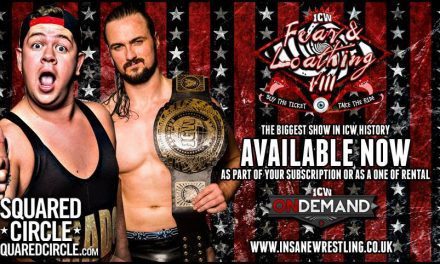 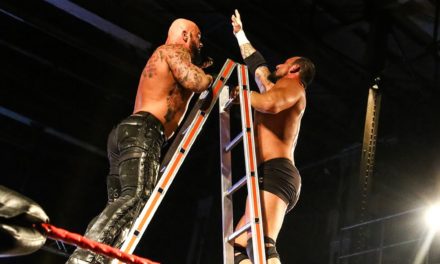 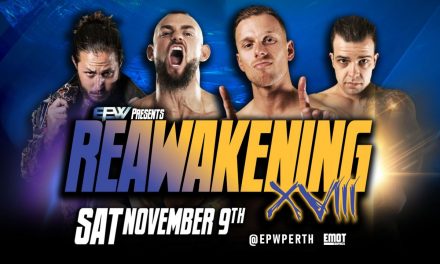