Following a successful trip of shows during WrestleMania Weekend EVOLVE changed gears for their Florida double shot. With stalwarts like Chris Hero and Drew Galloway having the weekend off the promotion’s promising young guns had their chance to leave a mark. Did they deliver or leave the fans yearning for their familiar favorites?

Martin Stone vs. Anthony Nese: Stalling, rest holds and the plight of Secretary Su during the opening stretch drug this match into a hole early. Neese and Stone did their best to climb out of it by picking up the pace and the frequency of the near falls. That would have been enough to save a real roller coaster of a match but the PAB were involved in the finish. Their distraction gave Neese enough of an opening to submit Stone with a Half Crab. ** ¼

Following the lead of his tag partner, Caleb Conley trashed Rey Horus on the mic. The luchador stormed out of the back to lead directly into the next match.

Caleb Konley vs. Rey Horus: I thought this match was a great way to introduce Rey Horus and Caleb Conley had a lot to do with that. He slowed down the pace and jawed with the crowd just enough to wet their appetite for the masked man’s comeback. Sure enough the crowd ate up everything Horus did during his comeback. Sadly, the comeback was not enough. Konley picked the W with an Avalanche Samoan Driver. ** ¾.

Secretary Su tried to add to the PAB’s great night by announcing she had secured a SHINE Championship match against Santana Garrett. So Cal Val upped her bitch game and awarded Su’s title shot to Andrea. To add salt to the wounds Andrea ripped open Yung’s shirt and chastised the size of her chest.

TJ Perkins vs. Biff Busick: Busick’s beef with Perkins goes back to Mercury Rising where, in Busick’s opinion, TJP stole his win in a four corner bout. When the Star Destroyer is out for blood he is not going to pound you. He is going to out wrestle the poor bastard in his crosshairs. For mere minutes Perkins wrestled to Busick to a beautiful standstill.

Mid-match, Busick took command of the contest and stretched Perkins neck from Ybor City to Pensacola. TJP rallied, avoided Busick’s suplex and choke, and locked in his Cross Arm Breaker with some truly breathtaking chain wrestling. Perkin’s persistence earned him the win with an arm breaker/stomp combination. ***¾

After the bell Busick contested the referee’s decision to no avail and stormed backstage.

Ethan Page vs. Rich Swann: During this match, Ethan Page nullified his ho hum outing in California. He came out with fire in his eyes and decimated Swann’s back. But Rich Swann’s fighting spirit goes all night long. Trading signature moves and near falls these two had the crowd whipped up into a frenzy. The damage to Swann’s back caught up with him in the end. One Spinning Dwayne from Page on the bad back was enough to put away the other half of Ronin. ***½

Johnny Gargano vs. Davey Richards: Richards and Garagno wrestled like they had something to prove. Davey was in 2009 mode, jaw jacking with the crowd and leaving his soul on the canvass. The man they call Johnny Wrestling sold a leg injury to perfection and played the overmatched baby face like only he can. Richards won via Buzzsaw Kick.

This match was back and forth balls to the wall action. I had a complete blast watching it and suggest any wrestling fan to see the bout out. Easy ****

Gargano hyped the tag title match in Orlando tomorrow night and included a slight diss at Ethan Page in his post-match interview.

Roderick Strong vs. Tim Thatcher (2 out of 3 Falls): For the Tim Thatcher detractors I think this is a match you will really enjoy. There was little to no grappling in this contest. It was a straight up war that saw both men batter the other with chops, knee strikes and good old fashioned punches. In multi-fall match tradition Roddy won the first decision with a flash pin. From there the match spilled out onto the floor. Strong hurt his hand on a metal pole and in a unique strategy Thatch started working the hand. I would have liked to have seen Strong tap to that but an arm breaker works just as well.

As the third fall commenced it was obvious both wrestlers were gassed. The pace of the match slowed considerably but did not suffer. In the end Strong took home the win courtesy of a Tiger Driver.

I think the stipulation hurt the main event. The first two falls were action packed but lacked a cohesive narrative and came out of nowhere. Those are minor nit pickings though. Good main event. ***¾

Strong gloated on the microphone post match and said he was going to take Drew Galloway’s title in Long Island. Thatcher told Strong he was the better man and vowed to work his back into title contention. Biff Busick interrupted Thatcher to complain about being screwed in his match. Roddy took back the microphone and called Busick a baby before leaving the ring. Busick and Thatcher had a stare down to close the show.

Final Thoughts: The young talent of EVOLVE made this show stand out and proves that EVOLVE is the best promotion independent promotion in North America. No other company in 2015 has put together top to bottom quality cards like Sapolsky and company. Every match on this card barring the opener was good to great and you can easily debate which the fight of the night was. You can’t ask for much more than that as a wrestling fan. I highly suggest wrestling fans fork over their cash to watch this great show. 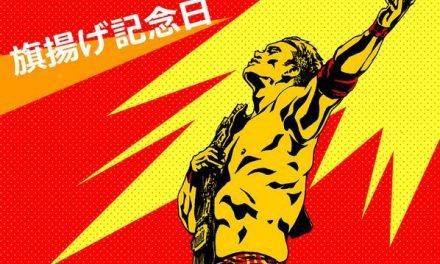