So last week we witnessed a spontaneous mask vs. mask match, an absolute sprint of a trios match in the opener, and a subpar main event title match that sufficed more to build for yet another trios match this week. You can’t say Lucha Underground doesn’t keep you on your toes. That trios match opens up this week with King Cuerno, Cage and Texano Jr. vs. Prince Puma, Johnny Mundo and Hernandez (Konnan’s new destructive toy). Guess what? Konnan isn’t too happy with Mundo being on their team and still doesn’t trust him. Cage and Texano harassed Puma throughout his title match with Cuerno last week, so there plans to be some fiery offense coming their way. But the big story tonight is that we finally get the thrilling conclusion to the back and forth Best of Five series between Aerostar and Drago. It’s two a piece, and this is for all the marbles…no not quite a title, but one of Dario Cueto’s “Unique Opportunities”. Can’t wait to hear what that ends up being.

Man, Dario is just so good at his on screen job. So we go out to the rooftop of the temple, where Aerostar is gazing out and probably thinking about the finale of the best of five. Dario comes up here and asks him if he gets his inspiration from up there in the sky. Cueto then says Drago certainly does not, he gets his from the fiery depths of hell. Dario tells him if he sees a wishing star, be careful because everything has some sort of price to it. Ted DiBiase impersonation aside, Dario just simply paints an incredible picture of what this whole feud between these two symbolizes. Heaven and hell, the vast unknown in the sky and the vast unknown of the inner Earth. It’s awesome I think.

King Cuerno, Cage and Texano Jr. vs. Prince Puma, Johnny Mundo and Hernandez: WOW. JUST WOW. These trios openers have been absolutely MIND BLOWING and this one was no different. I’m probably going to just let pictures do most of the talking for this one guys. Goodness, my breath was absolutely taken away from me at times during this, because it was literal non stop action, move after move and it flowed perfectly somehow. I could have watched this for at least another five minutes honestly. Between ways that Mundo and Puma would fight out of triple teams, Hernandez throwing people around, and just the batsh*t crazy move after move segments this was just awesome. This car crash finally ended when Texano nailed Puma in the face with the bull rope from the outside, and Cuerno hit the Thrill of the Hunt for the win. Watch this ASAP. ****1/4

Puma and Mundo take off as soon as Hernandez clears the runway! #LuchaUnderground pic.twitter.com/rJEFcHtI4v

Also of note during this match, there was a man with sunglasses on that looked very interested in watching this match from the front row. The camera panned to him several times and Striker/Vamp pointed him out so he’ll be of some significance in the future.

Dario comes out to give his congrats and says he knew Cuerno’s team would be monsters. He wants a sneak preview of the triple threat Trios Championship Final of next week, so he’s taking one member of each trios team to compete in a match next: Cage, The Mack, and Son of Havoc! Gotta love Dario’s spontaneity.

Son of Havoc vs. Cage vs. The Mack: This is some show tonight man. This was so good too. Son of Havoc is BELOVED by the Temple crowd now. Lucha Underground is incredible at turning guys into stars overnight, and they certainly have done that with Havoc. And damn, did he look incredible in this match. The guy blends in an incredible high flying style with great technique and I love watching every single match he works in. Mack was just unreal in this as well. It absolutely defies logic what this man, at his size, can do in a wrestling ring. He’s like a 300 pounder who moves like he’s a 185 luchador. I don’t understand it. Cage played his part in this well, him and Mack going at it in a battle of literal cyborg men at times in this match was awesome. Finally, Son of Havoc missed a shooting star press and Cage hit Weapon X on him for the win. Awesome. ****

The Mack gave Son of Havoc a taste of his own medicine! #LuchaUnderground pic.twitter.com/3jQWVGUFOq

They show that guy in the crowd again…wait, I want to say that may be Daivari, but I don’t want to say I’m 100% certain. That’s cool if it is though, curious to see what he brings to the program gimmick wise.

Now Cueto visits Drago in the back, and recalls when he first spoke to Drago in this same bathroom. Don’t you love how this show doesn’t forget about segments that happened months ago? He remembered that he told Drago to impress him that night, and he did but this is a whole different scenario now. He asks the question: Will Aerostar slay the dragon? Or will Drago be getting the unique opportunity.

Oh no. Pentagon Jr. is here. He has Melissa Santos announce that he dedicates his next sacrifice to his master. Now who could that sacrifice be? OH MY GOD HE GOES AFTER MELISSA. THIS SICK BASTARD GOES AFTER THE DAMN INNOCENT RING ANNOUNCER. I’m just…this is amazing. How freaking GREAT is Pentagon Jr.? How soulless can something be!? Kevin Owens murders people for his family, Pentagon breaks people’s arms for his Master, same difference. Vampiro was about to get up from commentary to stop this but Sexy Star beats him to it and gets Pentagon off Melissa thankfully, and basically tells Pentagon in no other words “YOU CROSSED THE LINE THIS TIME ASSHOLE.” Pentagon was getting SO much heat for this and it was great. This was executed so well in my opinion.

And if it couldn’t get any better, because Melissa was so shaken up by the attack, DARIO CUETO, our one true god, is now doing announcing duties for the main event. Like everything else he does, he nails it of course and then screams to ring the bell.

Best of 5 Series FINAL: Aerostar vs. Drago: Here we go guys, this is it between these two. For the unique opportunity and the massive bragging rights. They wasted zero time getting into this one, they start at each other right away. Cueto’s excited facials during this as these two brutalized each other were amazing. Aerostar was flying everywhere per usual; he hit a second rope step up senton early on. They both clotheslined each other, and Drago ended up on the outside. Aerostar did his crazy springboard trust fall dive from the second rope to the outside here. Back in the ring, Drago had Aerostar on the second rope, and went for some sort of dropkick but completely whiffed and it didn’t look great. There were a couple instances in this match when both men were going for spacing to run at each other from the ropes where timing just seemed slightly off, but that could just be the analyst in me nitpicking.

Drago hits this nasty spinning rock bottom on Aerostar for a nearfall. Then Aerostar did something I can’t honestly even describe correctly and I’m hoping there’s a gif to better show it; he had Drago in the corner, then he like, kneed Drago in the back and then back flipped off of him. It was just nuts and a true testament to how athletic Aerostar is. He then goes for the trademark springboard splash on Drago but it only was a two count this time. Drago finally starts coming back with a huge lariat and looked visibly frustrated as he toyed with Aerostar on the outside, almost like he was mad he wouldn’t stay down. Then to Dario’s absolute delight, he grabs a table from under the ring and sets it up. He set Aerostar up on it, but Aerostar was able to get off in time, and attacked Drago and set HIM up on the table. Aerostar gets back in the ring, gathers speed and does an absolutely insane running second rope step up splash to Drago through the table, looked like he absolutely ate sh*t on this as well.

Back in the ring, these two start trading pinning combos strikes as they’re beaten and bruised and are just trying to get the other to stay down, a very good touch. Finally, Drago hits that flipping DDT on Aerostar that is just out of this world type of good, and pins him with the crazy Dragon’s Lair pinning combo to win the series! Even with a few of the technicalities in this one, it was so entertaining. ****

Who keeps putting these tables under the ring? #LuchaUnderground pic.twitter.com/FaMoEAoJ9g

Drago picks up Aerostar after the match and they exchange respect a the crowd gave a standing ovation for the hellacious amount of work they put into this series. Cueto now enters the ring and says he’s been impressed by Drago and will be giving him a shot at Prince Puma for the Lucha Underground championship…BUT. If he does not win the title from Puma, he will be BANNED FROM THE TEMPLE FOREVER. Damn it Cueto you sick son of a bitch!

Final Thoughts: Wow. Just wow. I was absolutely blown away by this Lucha Underground episode. This was show of the year type of work in just one hour. Everything on this was so damn good. The trios matches never disappoint. The three way match that was spontaneous was thrilling. And we got to see a pretty darn decisive conclusion to the epic five match series of Aerostar and Drago. I’m not sure when Drago gets his Career vs. Title match, I don’t think next week because next week is the triple threat Trios final which I look forward to immensely. The only thing that I have to critique here really is that I wish they would show an actual bracket of the Trios tournament to keep up with who beat who and who is in the finals. It’s always good to have a refresher and remind people. But yeah, easily one of the best Lucha U episodes ever taped by far, go out of your way to see this one.

Can’t wait to go over the long awaited Trios final of Mack, Killshot, Ryck vs. Ivelisse, Angelico, Havoc vs. Cuerno, Cage, Texano next week with you all. Til next time! 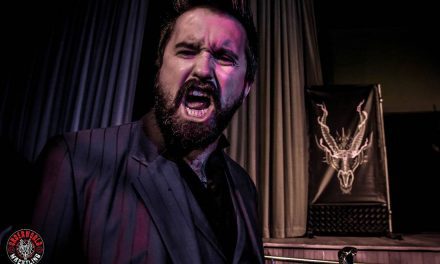 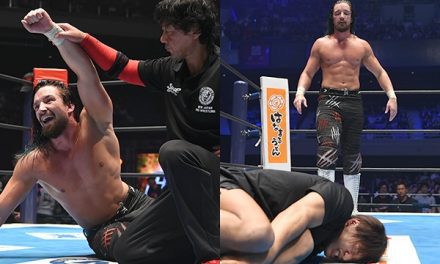 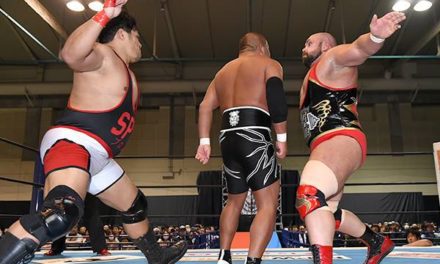