No Goldberg show this week. I imagine you’re as crushed as me. The Joe Traverses the World Go Fund Me is still running, so if you can contribute that would be awesome: http://www.gofundme.com/qgbn9s

The podcast week in review, brought to you by Draft Kings.

Talk n’ Shop #40 (4/3/15): As packed a show as there’s been, with Doc, Karl, the Young Bucks, Rocky, AJ Styles, and Trent Baretta all in a room to discuss the new Talk n’ Shop movie, now available for your viewing pleasure. AJ’s negative review of the proceedings provides some good laughs, but with so many people talking at once there are segments of the show that are completely unlistenable. THUMBS IN THE MIDDLE

MLW Radio #174 (4/5/15): No Konnan (on an understandable sabbatical) or MSL (at a nutritional retreat, according to Court), so we get Court and Alex Greenfield recapping recent events, including Wrestlemania. I’m personally burnt out on all Wrestlemania talk in general, I’ve heard Court’s opinion about 17 times, and Greenfield doesn’t have a lot interesting to say. The off topic chatter about getting older isn’t any better. THUMBS DOWN

Piper’s Pit #53 (4/6/15): The title of this show promises a “Stone Cold” recap of Wrestlemania, and the quotations are actually accurate, since it’s Will Sasso doing a Steve Austin imitation. Steve Simeone, a comedian, is also there. Jim Duggan calls in and thinks Sasso is actually Austin. This goes on for a bit, and then everyone reviews Wrestlemania, which was 8 days ago. I feel somewhat bad because with Piper’s show being on Monday, this is probably the earliest he could cover it. But who wants more Wrestlemania coverage at this point? Sasso does a good Jesse Ventura impression though. Anyway, this whole review is moot because the show was pulled off the Podcast One website and episode 53 is now a repeat of the Samoa Joe one from a few weeks back. If you missed this it’s no big loss. THUMBS DOWN

Chris Jericho Live #1 (4/6/15): Jericho talks to John Cena for a cordial conversation. Jericho doesn’t ask a lot of hardball questions (he does ask if John ever took steroids, but it’s done in a dismissive manner). John is a cool guy, and he has some good stories, but he also comes across as the biggest company man ever. Jericho brings up retirement and gets a non-answer, and Cena mentions there was a brief plan of turning heel when he feuded with the Rock, and that’s it for any noteworthy comments. It’s an enjoyable listen that lacks any real substance. Unlike Austin’s shows on the Network, this isn’t going to be a Talk is Jericho episode, so if you want to hear it you’ll have to go through the Network. THUMBS IN THE MIDDLE

Steve Austin Show #208 (4/7/15): Steve promises to answer some recent rumors about his rumored heat with the WWE, mainly about not being at Mania, not hosting Tough Enough, and having Chris Jericho replace his podcast on the Network. He says there’s no heat, and basically he wasn’t scheduled to be at Mania, they couldn’t make the scheduling work with Tough Enough, and they didn’t make a deal for more podcasts. This all takes about a minute, and the other 90 minutes is Steve and his wife answering listener questions. There are some good wrestling questions (mainly about hosting Tough Enough and keeping a journal as a wrestler), but also some dull off topic queries. THUMBS IN THE MIDDLE

Talk is Jericho #132 (4/8/15): Vicki Guerrero sits down with Chris for her first podcast appearance. They have a comprehensive discussion about meeting Eddie, being a wrestler’s wife, Eddie’s demise, going to work for the WWF and transitioning into being a performer, the origin of the EXCUSE ME line, Chris Benoit, and life after the WWE. An excellent and informative interview. Jericho also addresses critics of his interview with John Cena, and at this point he’s approaching Jim Ross levels of complaining about fans. < Vickie’s interview starts at 20:08> THUMBS UP & BEST OF THE WEEK

The Ross Report #60 (4/8/15): “Superstar” Billy Graham joins JR for a lengthy overview of his career. We get to hear about training under Stu Hart, the evolution of the Superstar character, winning the WWWF title, why losing to Backlund was such a mistake, his return to wrestling with the karate gimmick, and the toll steroids has taken on his body. If you read Graham’s book or saw his DVD there’s not much you won’t know, but it’s a good interview and Graham sounds great despite his litany of health problems. <Graham’s interview starts at 28:19> THUMBS UP

Bauer & Pollock (4/8/15): B&P break down a busy week, discussing Smackdown’s move to USA, the impending return of Tough Enough, AJ Lee’s retirement, the live Chris Jericho podcast with John Cena, possible heat between the WWE and Steve Austin, the insanity of Scott Steiner, Quentin Jackson’s legal woes, New Japan/ROH, and Court drops a hint of something big coming from NOAH in October. A nice breakdown of a noteworthy week. THUMBS UP

Human Podcast Machine #17 (4/8/15): Austin Aries joins Taz for a brief chat. There’s some wrestling talk, but a good chunk of the discussion is on being a vegetarian and the food industry (and why Smarties are the best candy). Aries is a fine guest, but be warned the sound quality isn’t the best. Taz also has some thoughts on current wrestling, including an interesting discussion on commentating and the time Vince McMahon chewed Taz out for not putting Mordecai over enough. THUMBS UP

Art of Wrestling #244 (4/9/15): Roddy Piper joins Colt for part 1 of a rare two part interview. The bulk of the discussion is on Piper’s early career and the process of getting yourself over. If you’ve heard Piper on other podcasts you’ve heard these stories before (“I’d rather switch than fight,” the toilet paper in the bagpipes) but Colt does a great job keeping Piper focused and clarifying answers. About as engaging as the Hot Rod gets. And yes, Colt shouted me out by name, but this is still an enjoyable show. THUMBS UP

Steve Austin – Unleashed #210 (4/9/15): Steve and his wife read more questions. No, it’s not a repeat from Tuesday. Steve apparently had a guest fall through, so I guess Court Bauer was busy this week. Steve reads turtle facts for an extended period. None of the questions are all that great and the show is a definite miss. THUMBS DOWN

The Jim Cornette Experience #72 (4/9/15): Steve Austin is back for part 2. The crux of the show is modern wrestling compared to back in the day, in terms of getting over, giving interviews, and planning out matches. The discussion is OK but well worn, and Austin’s diplomatic approach hampers the discussion at points. <Austin’s interview starts at 28:00> THUMBS IN THE MIDDLE

Talk is Jericho #133 (4/10/15): Jericho is first joined by Snake Sabo and Rachel Bolan of Skid Row, to discuss their new lead singer Tony Harnell in a fairly innocuous segment. Then Jericho is joined by Josh McDermitt, who portrays Dr. Eugene Porter on the Walking Dead. They discuss the show’s success, mullets, special effects, what happens to cast members who get killed off, and a lot more. There’s also a lengthy discussion of hot air ballooning. I don’t watch the Walking Dead but McDermitt is a game guest and I found this an fun listen. Sabo and Bolan come on at 4:39, McDermitt’s interview starts at 29:36> THUMBS UP 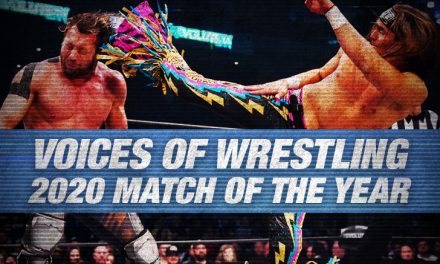 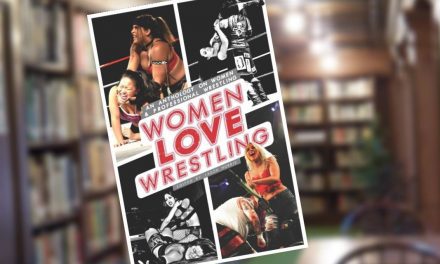 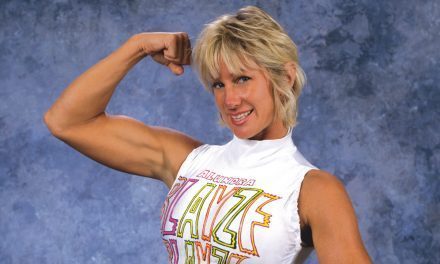