Introduction: The introduction tonight is the Brock Lesnar sit down video promo we saw on Monday Night Raw. These are such a great way to showcase Brock Lesnar who is not known for being the best talker in pro wrestling. It would behoove WWE to do the same for Roman Reigns. Yes, Reigns needs to get more comfortable on the mic in front of a live crowd. Let’s pick from both baskets and have Roman cut promos in a pre-taped setting while cutting promo’s on house shows. It would also be nice to see some training videos of Reigns as he gets ready for the biggest match of his life. Training videos could also humanize Roman Reigns and give him an element that people can relate to.

World’s Strongest Life Coach: Roman Reigns kicks off Smackdown by making his way down the ring. Roman starts off with “Well, it’s good to see you too, Kansas City.” To a nice sized pop and “Roman Reigns!” chant. Roman continues “Brock Lesnar and Paul Heyman think they can intimidate me…” then Mark Henry interrupts and comes down to the ring. Henry tells Roman that last week he wanted to find out just what he had in this ring. Henry says that Roman showed him something. Mark Henry then throws to a video clip of Reigns Superman Punching Henry then spearing Henry through the barricade. It’s not everyday someone throws to a video to highlight getting their own butt kicked.

Henry then tells Roman that he wants to make it official. Not only does Henry expect Roman to, but Henry is putting all of his money on Roman to defeat Brock Lesnar at WrestleMania. “…because, you can. And you will.”

Seth Rollins then interrupts with J&J Security and Corporate. Kane starts off with the ULTIMATE INSULT “ha-ha. ‘You can. You will.’ Henry when did the World’s Strongest Man become a self-help guru?” Oh boy… This was just one step better than the infamous “You’re a turd.” From last week’s Smackdown.

Seth then goes on to say anything can happen at WrestleMania as he looks at his briefcase. Seth then says that J&J Security is the world’s best security team and they have made sure that Randy Orton cannot enter the arena in any capacity tonight. Rollins says he isn’t doing this for his protection, but for Randy Orton’s safety.

Corporate Kane then sets up the main event for tonight. Kane and Rollins vs. Henry and Reigns. Believe that. I liked it better when it was “belee dat playa!”

Paige vs. Brie Bella: AJ Lee and Nikki Bella are on commentary here. This match starts off fast and furious with Paige instantly spearing Brie out of the ring. The two began brawling outside the ring for the opening portion until they make their way back into the way with Brie hitting Paige with a missile dropkick.

AJ gives a great speech about how the locker room is divided between the Bella’s side and AJ/Paige’s side. AJ says they’re fighting to be a different kind of Diva. Nikki then gives an equally good speech about how they are trying to diminish the hard work Brie and Nikki have put in to be where they are.

This is quickly cut off as Paige beats Brie with a School Boy Roll Up. This altogether was a great segment/match. It really made it seem like this match matters. It’s a great dynamic to have a torn locker room of the WWE stereotypical Diva that represents the current guard and the anti-diva/workers of the locker room. If they give these four Divas 10 minutes at WrestleMania and they have a smart agent working with them this could be the best WrestleMania women’s match ever.

Raw Rebound: We get a recap of the Rollins/Orton saga that played out through Raw this past Monday. Everything about this feud has been telegraphed from a mile away. Everyone knew the Authority left Rollins by himself through the episode only to have them join Rollins in the end much to Orton’s dismay. Then out of nowhere Sting joins Orton in the ring to fight off the Authority. Sting has never looked better on a WWE broadcast than he did Monday. Sting looked to be in great shape and came off looking like a credible main event legend.

With all of this said, Sting vs. Triple H is going to be good, but the anticipation for this match is not high. If the idea is to debut Sting here and have him compete in a placeholder match before an Undertaker/Sting showdown in Texas at WrestleMania 32 then Seth Rollins should have been Sting’s opponent. Undertaker is the only anticipatory opponent Sting has that’s currently wrestling so why not put him against a up and comer?

Jamie Noble does his thing: Jamie Noble is with three security guards on the outside perimeter of the arena ordering these guards to secure these doors to make sure Randy Orton doesn’t get inside.

It’s great that they are showing us this continuity of this story as opposed to just explaining “yea, they secured the doors.” It builds anticipation for the inevitable Orton break in. Again, this is being telegraphed, but that’s not a bad thing. WWE is telling a cohesive story that is playing out through the episode.

Six Man Gauntlet Match: Eden is in the ring to explain the rules of this gauntlet match. Two men start and once one man is defeated the next man enters. Eden is a pretty good ring announcer. Comes off kind of robotic, but she’s a ring announcer. There’s no need for personality. Just clear, professional, concise, and don’t have an annoying voice. Those are my requirements of a ring announcer.

Match 1 – Dean Ambrose vs. Stardust: These two wrestle for a couple of minutes until Ambrose counters a Sunset Flip into a pin for the win a la Hart/Bulldog ’92. After the match Stardust is distraught and he slams Ambrose’s shoulder into the ring post. R-Truth is the next participant and he attacks Stardust and then calls for the referee to ring the bell while the ref is checking on Ambrose.

Match 3 – Dean Ambrose vs. Luke Harper: Battle of the a-frame shirts and jeans! Also, battle of two men who should be in more important roles on the roster!

These two have the stiff and sloppy brawl you can imagine highlighted by Harper hitting Ambrose with a big boot that sends Ambrose into the ropes leading to the McGuinness Lariat for a both men down spot. Harper then gets up and hits a Discus Lariat followed by a Sit Out Powerbomb for the win.

Daniel Bryan puts Harper in the Mexican Surfboard and does push up with the near 300 pounder. Really an impressive spot. Harper then tosses Bryan out of the ring as he sells his leg injuries.

These two just go back and forth in a great match. At one point Harper hits Bryan with a sick looking German Suplex right on Bryan’s neck. Daniel Bryan wins via Heel Hook which is a great submission hold that I haven’t seen Bryan use when his NXT debut match vs. Chris Jericho.

Match 5 – Daniel Bryan vs. Dolph Ziggler: These two have a short back and forth match that was as great as you could imagine a short match being. Ziggler wins after hitting the Zig Zag out of nowhere for the win.

After the match, Ziggler pays his respects to Bryan instead of calling him a turd. Bad News Barrett comes out and mocks Ziggler and Bryan for “stealing the show” and then cheap shots Ziggler with the microphone. Bryan then attacks Barrett but he gets a cheap shot as well. Barrett then hits both of them with the Bull Hammer and stands tall.

Divas Sound Off: We get a highlight video showcasing the Bella’s feud with Paige/AJ. This shows clips of the rest of the Divas locker room individually siding with either team.

Six Team Interspecies Match – The Brass Ring Club (Cesaro, Tyson Kidd, and Natalya) vs. Los Matadores (Diego, Fernando, and El Torito): This was a good action packed TV match with plenty of exciting high spots sprinkled in with some comedy bits. Natalya picks up the win by countering a Hurricarana off the top rope by Torito into a Sit out Power Bomb.

Roman Reigns and Mark Henry vs. Seth Rollins and Corporate Kane: Seth Rollins controls the first 80% of this match with a slow/methodical aka boring pace. Reigns then comes in with his Hulking up/ Super Cena comeback for the win after taking out all four members of the Authority. Reigns looked impressive here.

During the post-match Randy Orton makes his way to the ring to attack Rollins and every member of security we saw throughout the night. Seth Rollins retreats like the cowardly heel he is as the show closes out.

Final Thoughts: This was a decent episode of Smackdown. Nothing new happened, it was just a matter of beefing up feuds and making things for WrestleMania seem important. The Gauntlet match had its entertaining moments otherwise if you didn’t watch this episode of Smackdown there isn’t much else to go back and watch. 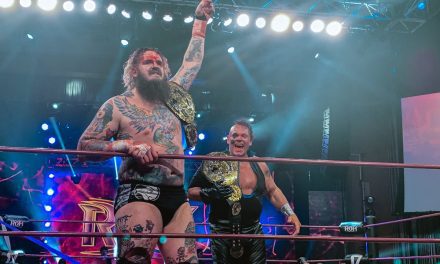 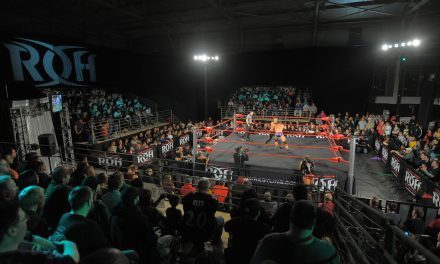 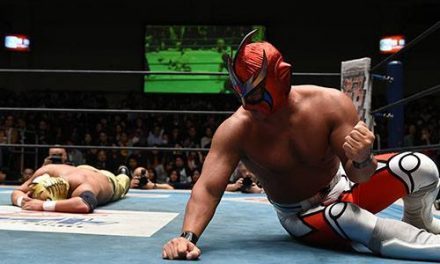