Last year, when I began reviewing WWE Main Event, the show had a purpose. The main event usually highlighted an ongoing mid-card feud, or prolonged some type of storyline that you’d see on Raw and Smackdown. It slowly evolved throughout 2014 into a show that would build up the undercard matches on a PPV, with some shows featuring a PPV build match in every segment of the show. Now, however, with Main Event no longer airing on WWE Network and being largely invisible on US TV, it is a largely meaningless show. There are matches put on with little thought, and not much is progressed. Plus, they don’t even advertise the show on Raw anymore, nor do the contents of this show mean much in Raw canon.  Will we see Main Event back on WWE Network this year? Probably not. There’s been no sign of progress in that direction, so it seems likely Main Event will continue to be WWF Jakked or Velocity for the distant future.

February on WWE Main Event was Cesaro-palooza. Who can complain!? Cesaro wrestled on all four shows, three of which were in the main event. If you put all four of his matches into one episode of the show, it’d be the best episode of Main Event that I will had seen. So, that’s sort of what we’re doing here!

New Day of Big E & Kofi Kingston vs Tyson Kidd & Cesaro (February 3): Xavier Woods got his Ph.D. for his post-wrestling days. Who knew, however, that his post-wrestling days are currently in progress. He’s had four matches on TV so far this year, and only one on Raw. The New Day continues to be as un-over as a team could be while still getting as much TV time as they do. I don’t know what it is, but Xavier is a reason why. I undoubtedly think that a duo of Big E and Kofi could be something, but Xavier Woods just doesn’t have ‘it’. Whatever it is, it’s missing, and I consider him a big part as to why this team doesn’t relate to the fans. Oh, that, and the fact that they never win and haven’t given their reason for being a thing, yet. Aside from that brief period where Xavier kept telling us the “rage” might come out. Maybe he meant Alex Riley. If so, the “rage” is hiding in NXT. Eight minutes in to the ten minute bout, we still saw chinlocks being locked in. There wasn’t much of a hot tag, nor as much action as you’d expect. With these four, you needed action. One of the poorer showing for the Masters of the WWE Universe, even in victory, that I’ve seen this year. *1/2

Sin Cara vs Cesaro (February 10): This match was the epitome of what WWE Main Event is now. Put two guys together randomly and throw them out there for some length to fill time. Sometimes, though, good things can come from this. Oh, and boy did good things come from it this week. Sin Cara and Cesaro were thrown together, even though Cesaro is involved with a tag title program, and the two had one of the best matches we had seen on WWE TV this month, if not all of 2015 so far. Cesaro worked the arm of Sin Cara, after the masked grappler went into the steel ring post shoulder first earlier. The arm takes away some of Sin Cara’s offense, but not a whole lot. Sometimes, you had to work with what you’re dealt, though, and that was the story here. It was refreshing to see different submission attempts worked throughout a match aside from the chinlock, for once. Cesaro won with the neutralizer in a match that made both guys look great. Too bad no one in upper management probably saw it. I mean, really saw it. ****

Cesaro vs Jack Swagger (February 17): I suppose that if you’re a fan of Cesaro, this is your new favorite show. Three weeks into February, and Cesaro main events every episode so far. If only Main Event mattered more, right? Cesaro is basically the superhero of the non existent show. If it doesn’t air in the US, to WWE, it doesn’t matter. I hope this Cesaro push spills more onto Raw, and over the last couple of weeks, it may just be. Jack Swagger, for his credit, also seems to bring it every time he is out. Every match is important to him, and I wish they’d give guys who thought that more prominent roles. Swagger for a time was an MVP of this show, and now he has competition from Cesaro. That’s great for Main Event fans! Cesaro won the bout with the neutralizer. The match was used as a go-home style promotion for the tag title match at Fastlane, again, odd, that there was no Usos involvement at all on the show up to this point in February. **1/2

Cesaro & Tyson Kidd vs Kalisto & Sin Cara of Lucha Dragons (February 24): Cesaro plays the base for these high flyers so well, it’s literally what made him famous on the indies. Now, in WWE, he doesn’t get to do that much, and maybe that’s for the best. Much like February of 2014, this February also saw Cesaro as the workhorse of WWE. The guy was all over Raw, Smackdown, and 4 for 4 on Main Event TV in February. I’m so into this Cesaro & Kidd team, that they even have me wondering what a feud with the Ascension would look like. If there are two guys who would try, and could succeed, in getting something positive out of the Ascension… it’s Kidd & Cesaro. Kidd & Cesaro beat the NXT taggers when Cesaro laid Kalisto out with a power uppercut. ***

BEST: Heath Slater is back, baybay!

Kalisto & Sin Cara of Lucha Dragons vs Heath Slater & Curtis Axel (February 17): Some NXT involvement here, as Main Event was taped in Florida on the 17th. This was Kalisto’s main TV debut, as far as I’m aware. Heath Slater also returned, with a new hairstyle, teaming with the leader of #AxelMania. I was far more enthused to see Heath back than to see Kalisto on TV, so NXT isn’t 100% full with hot acts, which I’d hope the NXT hardcores would also admit. Kalisto did impress, and the fans started to get into the “Lucha!” chants by the end. The Dragons won with a double team move that didn’t quite look like it went as planned. **

BEST: The Ascension is kept to a minimum!

Yep, The Ascension make the ‘BEST’ list for being kept short. In four episodes, they have two matches going around four minutes total in length. I consider that a positive!

The Ascension vs Jason Jaxon & Danger Dean (February 3): The Ascension against two out of shape, local talents that don’t even get their names said on TV (and rightfully so).

The Ascension vs Unknown #1 & Unknown #2 (February 10): Literally, that’s how the jobbers were billed as this week. I mean, if you’re going to make this whole gimmick a joke, at least you go all the way with it. So, hooray! Both matches get a N/R!

WORST: I am hip to the painted faces of today.

Stardust wrestled twice, including getting the main event slot on the February 24 episode. Neither match was anything to write home about… to the fifth dimension. Oh, and don’t call it the CrossRhodes!

Stardust vs Zack Ryder (February 17): Stardust won with CrossRhodes. Stardust yelled at commentary not to call the move the CrossRhodes, because you see, it’s not Cody. Cody’s dead. *

Kofi Kingston vs Stardust (February 24): The first non-Cesaro main event of WWE Main Event in February, Stardust and Kofi had a usual Stardust and Kofi match. Stardust beat Kofi with the CrossDust while Kofi’s geek friends watched from ringside. The best part of the match was the bump Kofi took for Stardust’s finisher, which was highlight reel worthy. Otherwise, the weakest singles main event of Main Event in February. **

The WWE website is a mess when it comes to WWE Main Event. The show page itself hasn’t been updated since the move off of WWE Network, and looks like total crap, as you can see. Plus, the photos of Main Event haven’t been updated since the middle of January. It is further illustration just how little Main Event means since it primarily airs overseas now. It’s odd, too, as Hulu Plus is currently a sponsor of WWE, and Main Event still goes up every Wednesday night on Hulu. Two days before it airs in the UK! You’d think they’d use that advertising tool. Oh well.

Honorable Mentions: Everything Else

Again, not everything means anything these days on WWE Main Event. The Divas got a chance to wrestle longer than 90 seconds, Bad News Barrett made an appearance, and the Prime Time Players continued to get back together. This is the rest of WWE Main Event in February you probably missed.

Bad News Barrett vs Sin Cara (February 3): This was a tad bit too sloppy, although still entertaining. Sin Cara is a high flyer, or at least he’s supposed to be, yet you wouldn’t fully realize it from this match. Wade wasn’t working any particular body part in the ten minutes this match lasted, as one would figure the legs would be a primary target. Not for Wade. Sin Cara also busted out some power moves of his own on Barrett, which Tom Phillips had to acknowledge because he was doing it more than once. The match was entertaining, but with two lengthy chinlock segments, mixed with sloppiness and poor logic, this one was ultimately forgettable. Wade won. **

Brie Bella vs Summer Rae (February 3): I love the Bellas. They’re great. In every way. Except match quality, often. *

Naomi vs Natalya (February 10): How much better is Naomi’s presentation now since she changed her gear? 100% better, in my view. This match took place in the heart of the Usos vs Cesaro/Kidd angle, as they were building up to the tag title match at WWE Fastlane. Naomi won with a small package in a passable match, but one that felt like it was happening in slow motion at times. Naomi and Nattie hugged afterwards, with Nattie all smiles. Hilariously, the referee was trying to get in between the two, even after they were just all lovie-dovie with each other. Untrusting zebras. *1/2

Titus O’Neil vs Adam Rose (February 17): The referee threw the match out when the rosebuds got involved, trying to help Rose. They never get involved, so you knew what was happening here. Darren Young showed up to help Titus take out the rosebuds, and we had the continuation of the reunited Prime Time Players. N/R

Bella Twins of Nikki & Brie vs Rizzoli & Isles of Paige & Emma (February 24): Emma took all the heat, and took it for a while, in this Divas tag match. When Paige finally tagged in, she went wild on offense. She got a little too concerned with the non-legal Bella, however, allowing Brie to land the X-Factor on Emma for the win. This continued the story of Paige being unable to find a quality partner in her battle against both Bellas. **1/2 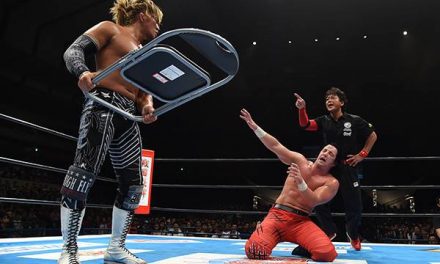 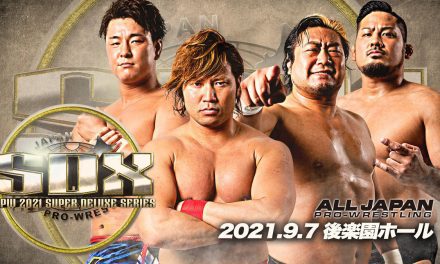