We start with a recap of last week’s show mostly centered around the main event angle between NXT Champion Kevin Owens and commentator Alex Riley. A-Ry got on Owens’ nerve by insinuating that he was wrong for not showing remorse during NXT Takeover: Rival (when Owens defeated former best friend Sami Zayn). Owens, who’s playing his heel character to perfection right now, quielty stepped away from the desk “so he didn’t do something he’d regret.” He’s a heel so as you can probably assume, that didn’t happen. Owens came back to the announcer desk, grabbed Riley from behind and tossed him over the table, setting up for this week.

Backstage, Riley says he wants a match with Owens. NXT general manager William Regal says he can’t do it and tells Riley you can either be a commentator or a wrestler. Riley throws it right back in Regal’s face by saying “YOU DID IT, I SAW YOU DO IT.” I stood up and applauded this. Can you imagine main roster WWE referencing the actions of someone from two weeks ago, let alone two weeks? This was great, Regal stood strong and wouldn’t give the match to Riley.

Adam Rose vs. Tyler Breeze: The small room act to end all small room acts returns to the small room — Adam Rose is over again! Don’t worry guys, Tyler Breeze has the fuzzy selfie stick again. The two worked this like a 1998 WCW Nitro main event as the first few minutes was nothing but posing and playing to the crowd. Hey, I was fine with it as the crowd responded and I’m sure Rose missed people caring about something he did. Rose hit a series of shoulder blocks but Breeze hit a Beauty Shot out of nowhere to pick up the win. *

Backstage filler with Enzo, Big Cass and Carmella cutting a promo on Blake & Murphy and the return of Alexa Bliss who says she suffered a nose injury against Sasha Banks which put her out for awhile. She’s back now and ready for revenge.

Blake & Murphy vs. Angelo Dawkins/Sawyer Fulton: Dawkins/Fulton doing a WGTT gimmick utilizing their amateur wrestling background. It was many, many reviews ago where I said NXT should use Dawkins legit sports background as opposed to making him a black hipster weirdo that probably never shuts up about the new Childish Gambino song: Anyway, it didn’t go well for Dawkins and Fulton who lost easily to Blake & Murphy. B&M flew around the ring, did their babyface thing and were a lot of fun (as usual). *½

Backstage, Bayley and Charlotte cut a really corny (see: bad) promo. Emma comes into frame and acts friendly to Bayley and mentions that being nice didn’t get her anyway on Raw so Bayley should think about it. Also Emma didn’t want to play with the bubble machine (this was a real conversation that happened).

Baron Corbin vs. Tony Briggs: Corbin killed this plumpy dude who was ALSO wearing amateur wrestling gear. The last time Briggs was on NXT (September 2014) he also lost to Corbin so hey, here’s to new beginnings! This was every Baron Corbin squash ever. NR

After the match, Kevin Owens stood over Alex Riley who was encouraged by the other commentators to not acknowledge Owens. Eventually, Owens grabs a water bottle from the table, takes a swig then pours the water on Riley which sets him off. Owens doesn’t say a word and slinks off to the back as Jason Albert holds Riley back.

We cut to a video of Sami Zayn back in Montreal where he says he’s not mentally prepared to return to NXT.

Backstage, Riley barges into William Regal’s office and says he quits as a commentator and he wants Owens, no matter what it will take. Regal says Riley isn’t ready yet so Riley challenges C.J. Parker (who was in the room arguing about something earlier).

Solomon Crowe vs. Bull Dempsey: Crowe starts by immediately attacking Bull but Dempsey starts controlling the match. Crowe gets a bit of a flurry but gets flattened by Dempsey while attempting a bodyslam. As you can safely assume, Bull Dempsey had a headlock spot but it didn’t last long and it helps Crowe transition into a control spot. Bull tried for a flying headbutt but missed badly. Crowe with a running knee, running elbow strike and a slingshot headbutt to finish off Dempsey. *

NXT Women’s Championship – Sasha Banks © vs. Charlotte: This has a certain big match feel to it and for good reason — these are two of the top starts on the NXT brand and anything less than a really good match between these two would be a huge disappointment. Well, don’t worry, this was great. Charlotte locked in the Figure-Four early in the match but Sasha quickly responded with a crossface of her own as a call-back to what won her the title at NXT Takeover: Rival. These ladies are so, so good.

Sasha worked over Charlotte for the middle portion of the match while routinely shouting “I’M THE CHAMPION!” There was a certain level of intensity and fire you don’t get often at NXT where sometimes these new trainees seem uncomfortable with the fact they are wrestling. You didn’t have that here. Sasha absolutely embraces the fact that she’s a pro wrestling and just knows how to show emotion, yell and do everything it takes to be a hated heel. She’s great.

Sasha got the Bank Statement locked in the middle of the ring, Charlotte tried to transition out of by doing a handstand but Sasha kept the submission locked in — this was a super cool spot. Charlotte eventually got to the ropes and the match continued. Charlotte showed some fire of her own with a huge spear and the crowd is starting to make some real noise.

Charlotte went for a Natural Selection but Sasha held onto the ropes, Banks transitioned into a pin attempt (with her feet on the ropes) and got the 1-2-3. Wow, this was great and I even liked the finish. Sasha is a great fighting heel champion, she’s so supremely talented and as much as I selfishly don’t want it to happen, she’s too good for NXT, she needs to be on the biggest stage. ***½

An otherwise forgettable episode of NXT saved by a tremendous main event as Sasha Banks continues to prove herself as one of the best talents (regardless of gender) in WWE. 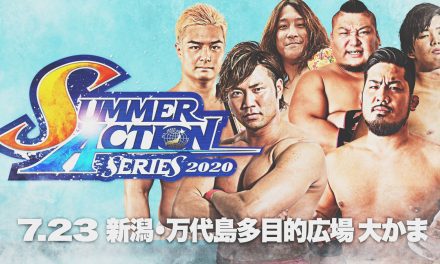 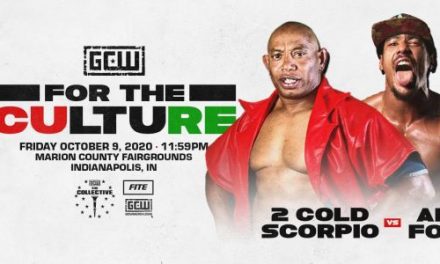 GCW & The Collective Present: For The Culture (October 10) Results & Review