Fast forward to a few months later to when the WrestleMania WWE Network numbers were released (667,287). WWE noted that they were “well on its way to reaching its goal of 1 million subscribers by the end of 2014“.

Of course, WWE didn’t hit a million subscribers in 2014. Instead, WWE ended the year 816,000 paid subscribers (772k in the U.S.) On January 27, 2015, WWE did announce they’d finally achieved one million WWE Network subscribers (though the word “paid” is conspicuously absent from the press release). The tipping point was the long-awaiting launch the WWE Network in the United Kingdom and Ireland. Despite being higher priced, the UK launch was a significant factor in finally crossing that “one million” barrier.

As WWE Chief Financial Officer George Barrios noted in an interview with Variety, dropping the six-month commitment language and convincing Vince McMahon of the merits of month-long free trial periods (which included pay-per-view events) played a major role in continuing to grow the subscriber base for the Network. (This is all a far cry from the WWE Network announcement where the “break-even” scenario involved just U.S. subscribers generating one million domestic subscriptions.)

On an interview last week on CNBC, Barrios doubled-down on the company’s earlier ambitions for the WWE Network. He declared, “In the next 3-5 years it could reach 3-4 million subscribers.”

That’s a bold prediction. Is that really possible?

At this point, there’s only a handful of major international markets which lack legal access to the WWE Network. Those include China, Japan, Germany, Italy, India, Pakistan. I don’t see any of them receiving an OTT version of the WWE Network anytime soon.

What we have now is pretty close to what we’re going to have for some time. Recall that in most countries which lack WWE network access, ardent pro-wrestling fans can still order pay-per-view events through their Cable or Satellite operators.

The question isn’t “When will WWE fans be able to get the WWE Network?” Rather, the question is now “How many WWE fans really exist worldwide that are interested in maintaining a regular subscription to this service?”

Let’s look at the pay-per-view buys history. In particular, I want to focus on the worldwide non-WrestleMania demand for WWE pay-per-view events.

These are only rough estimates. (If this was an episode of Wrestlenomics Radio, I’d go off on several minute tangent at this point discussing my host of disclaimers.)

Those disclaimers would include:

– This includes worldwide buys when often PPVs were cheaper (or even shown on television as part of a package) so the price point is inaccurate.
– We’d want to normalize for monthly PPVs versus years when WWE was running more than a dozen PPV events (i.e. use the Armageddon number for December 2006 instead of averaging the ECW D2D/Armageddon event).
– Technically, WWE only received about half of the PPV revenue (compared to the majority of the WWE Network revenue), but since customers were paying the full amount, we’ll ignore that element.
– Also, with the introduction of HD streams at a premium, there was a subtle surcharge that was driving up price per PPV from 2011 to 2013.
– Some PPV revenue was actually being booked under the Digital Media previously and it’s unclear whether those buys were being included in the total buys (though the number was not enormous).

Furthermore, It’s not enough to just look at PPV price and PPV buys in isolation. The strength of the card, the availability of PPV distribution, the timing of the card (including in relation to other major events) and the “hotness” of WWE products (attendance, TV ratings) play huge roles in determining how a PPV performs.

However, we’ll set that all aside. Let’s just examine the period covering April 2001 to December 2013.

If we plot these points on a graph, and assume a polynomial curve (which has it’s own caveats, since it would imply that if we raise the price enough demand starts increasing!), we can create a hypothetical guess for what would be possible with a $9.99 PPV:

Wow… 2 Million. That is a surprising result. This graph implies that a non-WrestleMania PPV priced at $9.99 could attract nearly 2 million buys (1,996,585, as if exactness mattered).

Obviously, WWE would be ecstatic if they could maintain a average monthly balance of two million subscribers (with additional swells in subscriber levels for major events such as Royal Rumble, SummerSlam and certainly WrestleMania).

But in the real world, things aren’t so clean and simple.

For most of the world, the WWE Network isn’t exactly like a PPV. A pay-per-view was a premium program available through your Cable/Satellite operator. (Middle East via OSN and Canada notwithstanding.) The WWE Network is both the VOD (video-on-demand) component and also the OTT (over-the-top) component. The OTT-version of the WWE Network requires broadband internet access. That’s something that can be a serious constraint in many countries.

Recent statistics released by WWE on the anniversary of the WWE Network launch noted that:

While these factoids only give us a partial picture. We don’t know whether it’s different for live stream versus VOD. (Barrios spoke at the Wells Fargo conference in November about how some “short-form” content such as Slam City is more popular on mobile devices, for instance.)

I wonder if the slow ramp-up for the WWE Network is linked to adoption of over-the-top technology. Will increasing consumer education and platform availability contribute to more subscribers?

Furthermore, my graph pretends that “$9.99” is the price point for the WWE Network. The reality is users in other countries (including Canada and United Kingdom/Ireland as well as international users that utilize a VPN) are actually paying more for the service.

It’s difficult to build a service when you’re constantly struggling to retain your base of subscribers.

Is it really possible for WWE to monetize the millions casual and lapsed pro-wrestling fans?

Can WWE convince a higher percentage of their weekly television audience to invest in a long-term subscription to their marque service?

Is the WWE Network only going to be a function of the current popularity of the product or will there come a time when the content offerings are so vast that a large base of users will subscribe simply for access to the archive content and territorial libraries?

I don’t know. As Dave Meltzer once told me, “Any network assumptions that aren’t made until after the 2nd quarter report of this year are premature.”

Still, the mathematical game of analyzing the price is interesting. However, it doesn’t really tell us if the true demand of two or three million subscribers exists now (or ever did, even in the hottest WWF era.)

Chris Harrington is an analyst who covers WWE Financials on his Wrestlenomics Radio podcast. He writes for Bleacher Report, Seeking Alpha, Wrestling Observer and Voices of Wrestling. You can find him on twitter at @mookieghana. He does not understand Snapchat. 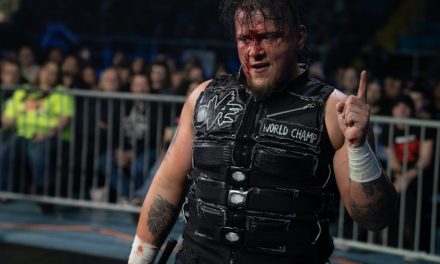