I shouted the same phrase back to back in utter shock this morning. Last night, Beyond Wrestling ran a show that will be defined by one incident.

Chris Dickinson metaphorically murdered Kimber Lee yesterday with one of the most brutal chair shots and power bombs I have ever seen. The sheer violence of the act made me cringe.

Beyond Wrestling has taken a beating on a social media about the spot. Here is a link to a Facebook discussion on the issue so you can see for yourself:

Here is what I do not understand: proponents of women’s wrestling champions implore the IWC to accept inter-gender bouts, but when a woman goes through a brutal exchange and the tape leaks, all of a sudden such things need to stop. But, I thought inter-gender wrestling was something that more promoters needed to do?

The stench of hypocrisy was enough for me to open my windows in 30 degree weather to rid my home of it.

How many of the same commenters would suggest such an argument if Kimber Lee were male? I wager the number would not be very high.

An inkling tells me these are the same fans who giggle with glee when Tomohiro Ishii is dropped on his neck sixty times in one match. They are the same fanboys and fangirls who lament the lack of violence in a modern day Hell in the Cell fight. They squall if a match is stopped to clean up a cut on a wrestler’s face.

Uncomfortable violence is part of the DNA of professional wrestling. It astounds fans most of the time. For example, fans reward dangerous spots with enthusiastic cheers of “Holy Shit.” Then the crowd chants “boring” at a match that lacks the sex appeal of daredevil antics.

Because of that, wrestlers are more willing to take stupid risks in order to get booked again. The results are well documented: injuries that lead to permanent disability and broken bodies that require a steady diet of pain killers.

If we as fans are to demand change then it must include all wrestlers and not just female ones. We must stop cheering for moves and spots that have the potential to paralyze a human being. Most importantly, fans need to accept that battles of the sexes come with significant risks due to the physical difference between men and women.

The safety of our favorite performers will continue to be in jeopardy unless this double standard towards violence in wrestling ceases to exist. 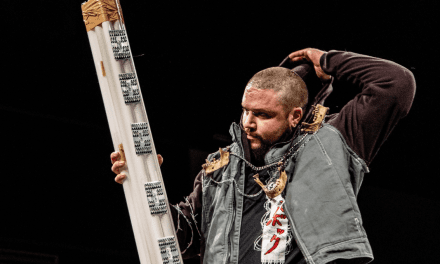 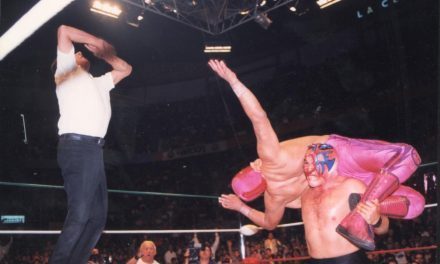