For example, this weekend my husband was off at a conference on the other side of the continent. So I spent the weekend home alone with a sick toddler and a migraine, which I managed and exacerbated, respectively, with episodes of “Daniel Tiger’s Neighborhood” and loop after endless loop of this YouTube medley of nursery rhymes anchored by three different versions of “The Wheels on the Bus,” which, if I happened to be too slow in restarting, were requested with repeated demands for “buth! buth!” and occasionally tears. So when I tell you that this week’s episode of “Total Divas” is literally the best hour of television I have ever seen in my entire life, just bear all that in mind.

For example, ordinarily I would have been completely squicked out by the Natalya-Tyson Kidd reconciliation storyline in this week’s episode, which started with this awkward exchange over dinner:

GROSS. But also, good for them, I guess. No one likes to see a marriage fail. The reconciliation is followed by a totally forgettable storyline about Nattie encouraging TJ to pursue modeling but also getting really jealous about him working with hot female underwear models, which is notable only because it is built on real reactions to the “Nattie’s husband” chants that the Neidhart-Kidds trace back to some PPV (Extreme Rules, maybe? I’d check, but rewinding feels like the most exhausting thing in the world right now).

“It doesn’t really bother me, but sometimes I worry that TJ might not be able to escape being part of the crazy Hart family,” Nattie explains. To TJ, she says: “They’re just trying to get under your skin.”

In observance of the “Total Divas” policy of dealing with daddy issues at least once per episode, Cameron/Ariane is stressed out because her boyfriend Vinnie’s parents are meeting her family for the first time. So in advance of the big meeting, she takes Eva Marie out to the desert to visit her dad. It’s a little heartbreaking when Ariane’s dad, Forrest, talks about how it’s embarrassing to meet people because he lost all his teeth during his years abusing crack. So Ariane, bless her, takes him to the dentist to get his teeth fixed. Why is it that Ariane taking care of her dad is sweet when Eva trying to do something nice for her dad is so irritating? Probably I’ve been softened by a full weekend of watching an animated cat talk about sharing and thinking about other people’s feelings. Blame Daniel Tiger.

Sadly, the dentist can’t get Forrest’s teeth done in time for the big dinner. Not that it bothers Vinnie, who is seriously the nicest person on the show. At dinner, Vinnie pulls Forrest aside and tells him he’d like to marry Ariane “down the line.”

“You have been my son since the first day I met you,” Forrest says. “It’s an honor for you to be my son-in-law. It’s something I’ve been praying for, and I love you.” It is seriously so sweet. And then it takes a crazy weird turn when Forrest gets up in front of both families and announces that Vinnie has proposed to Ariane and it is such a blessing that they are going to be married.

Refresher, in case you missed Vinnie’s “down the line” remark: Vinnie has not proposed. Not even a little bit.

Forrest talks a lot about how proud and grateful he is, and the word “blessing” comes up again. And then Vinnie’s dad gives a toast. So Ariane and Vinnie just go with it. Afterward, Ariane whispers to Vinnie: “Wait, what happened? Did I miss something?” And then: “Where’s my ring, then?”

Later, Ariane makes a tearful declaration of love to her dad and apologizes for being embarrassed by him, which, seriously, if I wanted another &*#@% episode of Daniel Tiger I’d wake up my kid and start lining up shots of Baby Tylenol.

Lest you think this episode is all about feelings, be assured: Paige is here. And this week she’s bristling under the iron thumb of WWE creative.

“You know how characters have to evolve?” Paige says to talent relations exec Mark Carrano, who is trying out a new cape with Jerry Lawler. “I have this idea of evolving.” Paige’s idea of “evolving” is getting a new tattoo — either a large chest piece or a full sleeve.

Carrano tells her it’s not likely to get approved, and to back up his position, he asks King for his opinion.

King’s response: “I’m not a big fan of tattoos on girls.” Try to contain your shock.

Still, Carrano promises to run the idea up the flagpole. He reports back to Paige later in the episode with the bad news: Creative says no dice. She objects, insisting her heel character can handle high-profile ink.

“If Summer got it, I can understand why,” Paige argues. “She’s a blonde-haired bimbo.”

If Paige’s work dad is anti-tattoo, it’s nothing compared to her real dad’s reaction. In a message she plays for Alicia Fox and Rosa Mendes, Papa Paige rips into her for it.

“It’s crazy for a little girl like you to have a tattoo. It’s bollocks. Know what I mean?”

Of course, this just ensures Paige runs out to get inked. On her way to shoot TV. At a random strip mall tattoo parlor with a sign out front that literally just says “TATTOOS.” She calls Foxy and Rosa, who race over on their way to work to talk her out of it.

“You are about to take part in a crime,” Foxy informs the tattoo artist.

Paige is all prepped with a big skull-and-roses design transferred across her cleavage, when BOOM! — in walks Grandma Nattie, whom Rosa and Foxy have called from the road as they rushed to the tattoo parlor.

“That’s actually really cool,” Nattie says, looking at the blue transfer on Paige’s chest. Then she asks for a minute alone with Paige, during which she doles out an A+ reverse psychology speech about choices and priorities and personal expression.

“If this means more to you than your career with WWE, then I understand that,” Nattie says, capping off her speech with the ultimate passive-aggressive cherry on top:

Of course, since this was filmed months ago, we all know Paige didn’t end up getting an Ed Hardy sketch tattooed across her upper body. To everyone’s relief, she shows up to work with the transfer smearing on her skin. But she did get something done: matching designs on her thumbs.

“I couldn’t just walk out of there with nothing,” she explains. You rebel, you.

Finally: You know, Serious Wrestling Fans love to make fun of “Total Divas.” And sure, it does give an inappropriate amount of screen time to a couple of Divas who are not at all interesting in the ring, and it’s terrible when WWE tries to make the in-ring creative jibe with the reality show’s plotlines. But I ask you: Where else will WWE fans be privy to behind-the-scenes exchanges like this one between Dolph Ziggler and Nikki Bella in this week’s episode?

As Daniel Tiger likes to say, “You’ve got to look a little closer to” something something please someone get me a cocktail. 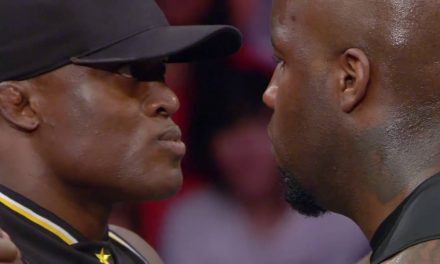 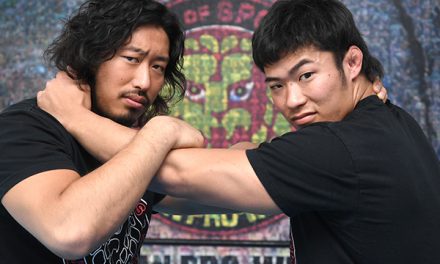 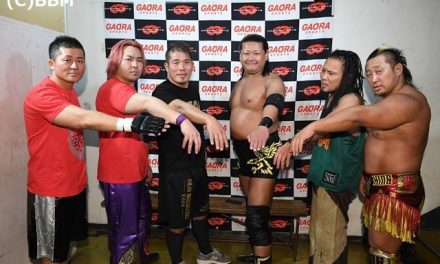 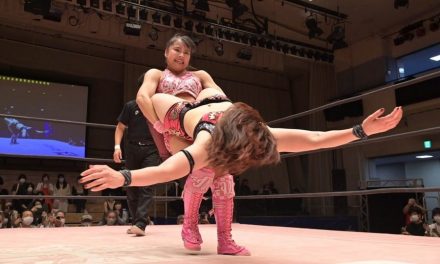